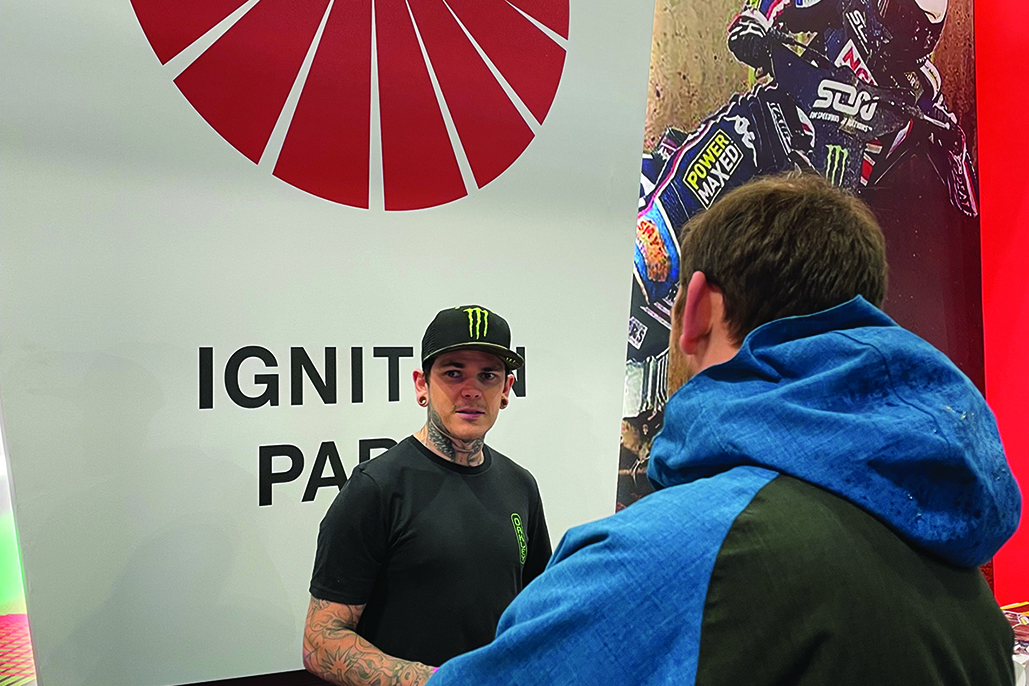 The company has long been synonymous with the two-wheel bike scene both on the road and in the motorcycling racing arena where its spark plugs have helped the world’s leading teams and riders to numerous victories and welcomed some major stars to its stand at Birmingham’s NEC.

NGK also attracted a number of non-motorsport celebrities including chef James Martin and actor Danny John-Jules who both enjoyed the company’s hospitality.

The NGK stand featured a host of iconic motorcycles including three of McGuinness’s including his 2004 Yamaha R1 which gave him his fourth Isle of Man TT victory, Woffinden’s World title winning bike from 2018, Elliott’s Superstock 1000cc Suzuki, a Speedway bike owned by four-time World Champion Greg Hancock and an old school beach cruiser built by Greg and his son Wilbur.

NGK’s Mr Sparky was also on hand to greet motorcycle enthusiasts at the stand where they had the opportunity to purchase NGK promotional products to help raise money for MacMillan Cancer Support.

Mark Hallam, Marketing Manager, NGK Spark Plugs (UK) Ltd, said: “It has been fantastic to re-engage with motorcycle enthusiasts at the show and also to welcome some legendary racing stars who use our products as well as a number of well-known celebrities. Mr Sparky also proved to be very popular and was inundated with requests by visitors to have their photograph taken with him.

“We look forward to meeting up with even more motorcycle enthusiasts during the rest of the show which runs until Sunday, December 12.”

For more information about NGK and its products and services, please visit the website at www.ngkntk.com/uk