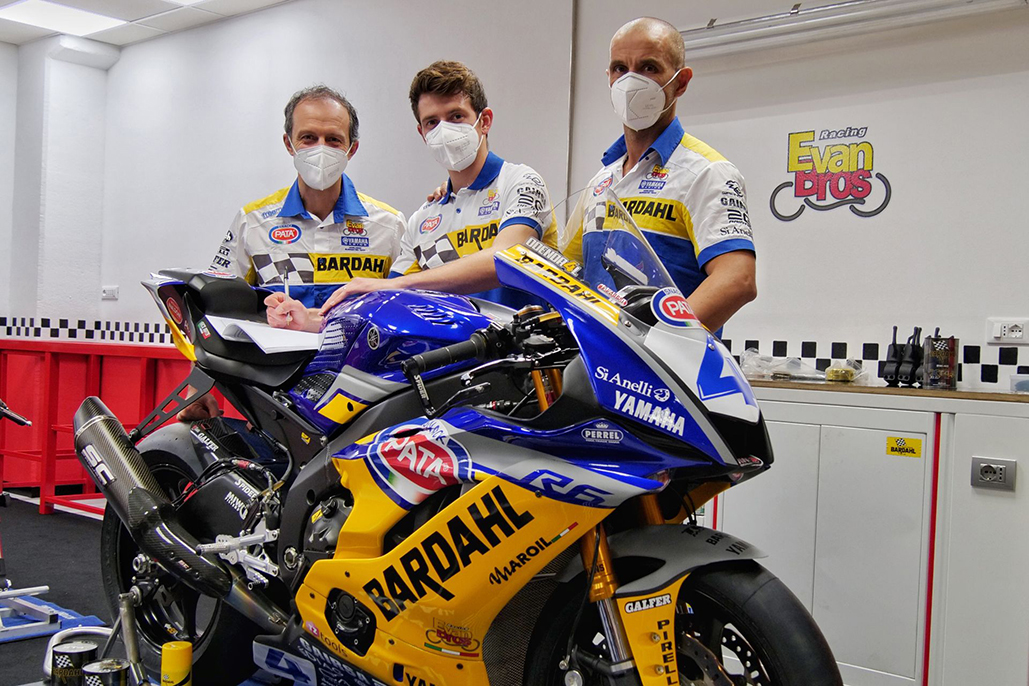 Odendaal joins the Evan Bros Yamaha outfit after a strong maiden WorldSSP campaign, where his speed and consistency saw him finish an impressive fifth in the final riders’ standings, having scored top 10 results in 13 of the 15 races entered on the Yamaha R6. With a years’ experience of the championship and bike under his belt, Odendaal is aiming to be in the title battle next season.

Prior to 2020, Odendaal contested two full Moto2 seasons, as well as making various sporadic appearances in the series between 2011 and 2019. The 27-year-old also competed in the FIM CEV Moto2 European Championship and was crowned champion in the highly competitive 2016 season.

The team he’s joining, Evan Bros Yamaha, took the last two riders’ championships and have quickly become the team to beat in WorldSSP, while they also played a key part in Yamaha’s four consecutive manufacturers’ titles.

Steven Odendaal
Evan Bros Yamaha WorldSSP Supported Team
“I’m very excited to have this opportunity with such a fantastic team in Evan Bros Yamaha. I visited their workshop for the first time on Monday and it gave me a lot of happiness and joy because they’re such a professional team and understand what it takes to win races and championships. I really can’t wait for 2021 to start. Thank you also to my manager Jorge Lis for all his hard work and effort to help me get to where I am today.”