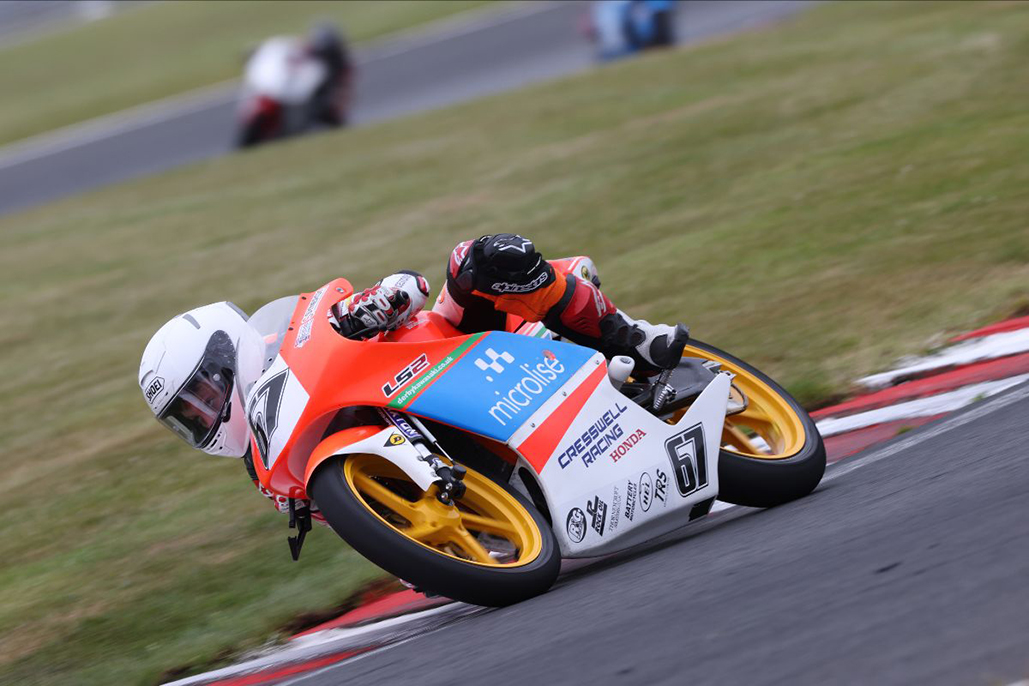 Casey O’Gorman (Microlise Cresswell Racing) remains the only race winner in the 2021 Honda British Talent Cup field after the first showdown of the season at Oulton Park, with the number 67 pitching it to perfection on Saturday to pull clear in the final stages and taste his first victory of the season. Evan Belford (City Lifting/RS Racing) duelled teammate Carter Brown for second, with the number 52 of Belford coming out on top after a last lap scrap.

Brown started from pole and got away for the holeshot, with O’Gorman immediately on the chase in second. Belford likewise started well, and so did Jonny Garness (City Lifting/RS Racing) as the four started to escape early at the front. Brown put in the legwork and withstood some serious pressure from O’Gorman early on, with Garness also getting busy as he pipped past Belford for third. By third distance, however, Garness was dropping off the back of the leading trio as he began to fade, leaving Brown leading O’Gorman leading Belford.

On Lap 6, O’Gorman struck for the lead and took over, and although Brown was quick to try and fight back, the polesitter had a moment and was then shuffled down to third by his teammate. Next time around Belford went one better after picking Brown’s pocket and struck to take over at the front, but once again O’Gorman had an answer. The number 67 was back in the lead by Lap 8, and that would prove all she wrote.

O’Gorman pulled the pin on the final lap to ultimately cross the line a second clear and take his first win of the year in style, with the Belford-Brown duel rolling on behind him. 0.171 separated the two by the flag as Belford came out on top, with the polesitter forced to settle for third in the season opener.

There was some late adrenaline to decide fourth as Garness lost ground and found himself embroiled in the battle just behind, ultimately pipped at the line by less than a tenth by Ryan Hitchcock (Wilson Racing) and forced to settle for fifth. Ollie Walker (Moto Rapido / SP125 Racing) took sixth from Harrison Crosby (Banks Racing) by a tenth, with Jamie Lyons (C&M Motors Ltd/Tooltec Racing) shuffled down to P8 in the end despite earlier leading the battle for fifth.

Sullivan Mounsey (iForce Lloyd & Jones) crashed from the fight for fifth, and Cormac Buchanan (Microlise Cresswell Racing) had an early runoff before seeing his comeback cut short by a crash. They’ll be looking for more on Sunday, but so will those just ahead as Race 2 gears up at Oulton Park. Can O’Gorman do it again? We’ll find out at 15:15 (GMT +1) on Sunday! 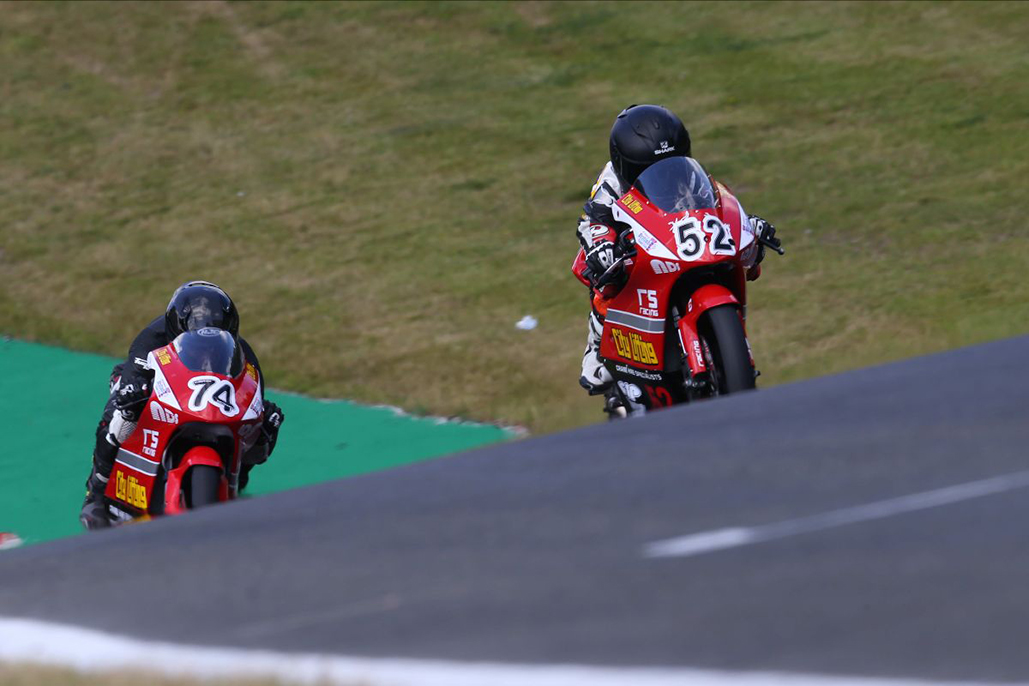