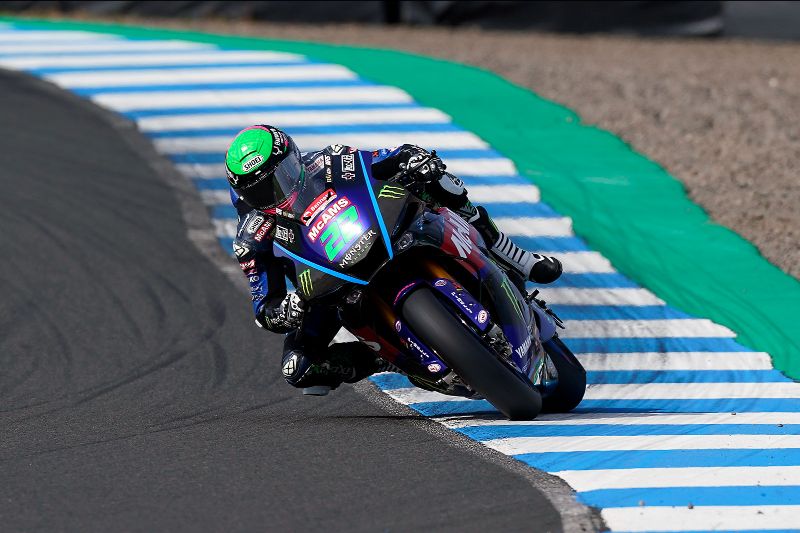 Jason O’Halloran kicked off the fourth round of the Bennetts British Superbike Championship at Knockhill in style as the McAMS Yamaha rider topped the times in a frantic second SUPERPICKS Free Practice session.

After the opening practice took place in wet conditions, the second session proved crucial to deciding the top 12 riders who progress directly into tomorrow’s Qualifying 2, which will decide the grid positions for the eBay Sprint race.

O’Halloran had taken the advantage in the final five minutes as the times continued to shuffle, but the Donington Park double race winner had enough at the chequered flag to hold the leading position by 0.112s.

Glenn Irwin moved into second for Honda Racing UK to nudge Tommy Bridewell back into third place as the Oxford Products Racing Ducati rider led the charge for the Italian manufacturer.

Bridewell had just a 0.005s advantage over Rich Energy OMG Racing Yamaha’s Kyle Ryde in fourth, but his championship-leading teammate Bradley Ray crashed out in the early stages of the session meaning he couldn’t improve his time and ended the day in 15th place.

Josh Brookes completed the top five for MCE Ducati, maintaining the position ahead of Lee Jackson on the leading Cheshire Mouldings FS-3 Racing Kawasaki and Storm Stacey, who was just 0.266s adrift of the leading lap time.

Home hero Rory Skinner was eighth fastest and just 0.003s ahead of Danny Buchan with Tom Sykes completing the top ten on his return to Knockhill.

Christian Iddon had topped the wet morning session, but the Buildbase Suzuki rider ended the day with a crash. He still held onto the penultimate place in the top 12 ahead of Peter Hickman, who also tipped off the FHO Racing BMW.

Defending champion Tarran Mackenzie missed out on a position inside the top 12 by just 0.002s ahead of tomorrow’s SUPERPICKS Qualifying and eBay Sprint race in Scotland.

Jason O’Halloran
McAMS Yamaha
Fastest in SUPERPICKS Free Practice
“It’s been a good first day, I felt really strong straight away in the wet this morning and had a good feeling with the bike.

“In the dry we knew we were in a good place from the test so we knew what we were doing.

“There was a lot of traffic out there today so I didn’t quite get the ideal lap, but I’m feeling strong even with the wind – which was quite high today.