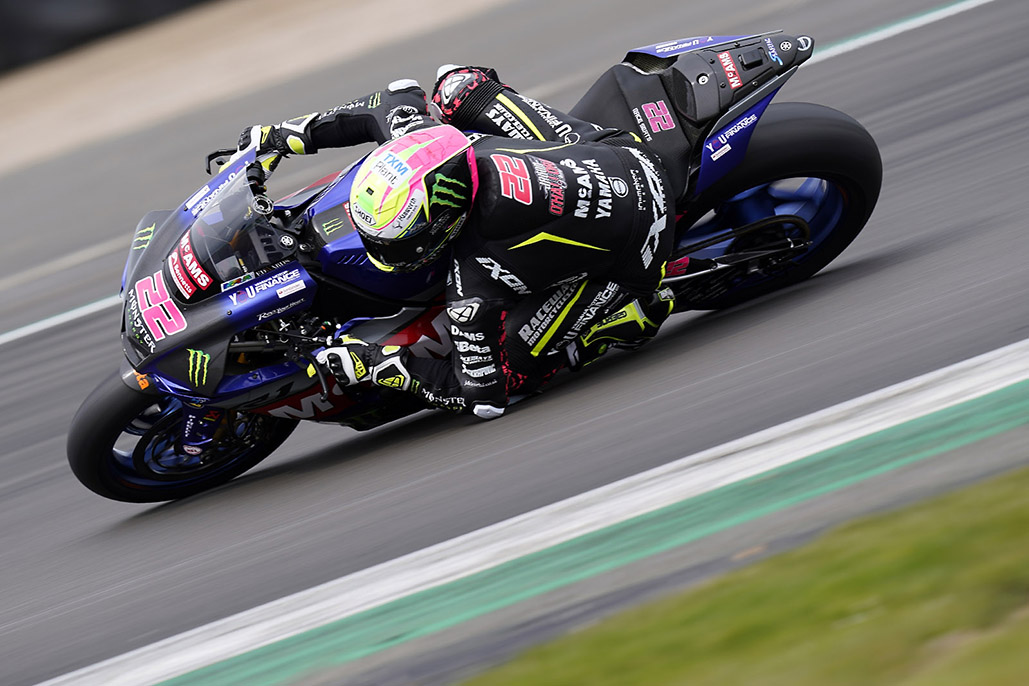 The Australian’s best time came in the second session of the day before lunch, with the McAMS Yamaha contender continuing to build momentum in the team’s first test of the season.

Brookes meanwhile was consistently close and the defending champion set his best lap of the day in the third session, which put him 0.074s clear of his teammate Christian Iddon as the VisionTrack Ducati pairing locked out the final top three positions.

Kyle Ryde was the leading BMW rider onboard the all-new M 1000 RR, the Rich Energy OMG Racing BMW rider was fourth fastest on the combined timings, setting the second fastest time in the final session of the day as he pushed for a final run before the chequered flag.

Xavi Forés marked his return to Bennetts BSB action with the all-new FHO Racing BMW team by holding fourth place in the final session of the day, putting him in fifth place on the combined times as the Spaniard saved his best until last ahead of day two tomorrow.

The overall combined times featured five different manufacturers in the top seven and Buildbase Suzuki’s Danny Kent bounced back from an earlier crash to lead their charge in sixth place with Honda Racing’s Glenn Irwin in seventh place overall.

Tommy Bridewell and Oxford Products Racing Ducati set their best time in the final session of the day, putting him into eighth place and just ahead of Gino Rea on the second of the Buildbase Suzukis with Tarran Mackenzie in tenth place, ending the day early following a crash in the final session.

Jason O’Halloran, McAMS Yamaha
“To be honest it was great to get back out on the bike. The first session was a little bit patchy, so we just did some laps to get the feeling back. The second session was really good for us. It was pretty much an identical bike to the one I rode here last year.

“In the lunchbreak, the boys changed the engine and we tried the 2021 spec, which we tried this afternoon for the last two sessions. Although we ended up at the top, this slowed us down a bit – when you put a new spec in you have to work through things like fuelling and throttle cables, so we’ve just been doing laps this afternoon to get things to my liking.

“Compared with how I felt on the previous bike, the changes we’ve made have been really positive and I feel comfortable, we’ve just got to tweak it to make it my own again. We’ll do that tomorrow and also some chassis stuff, so we can look forward to that tomorrow.”