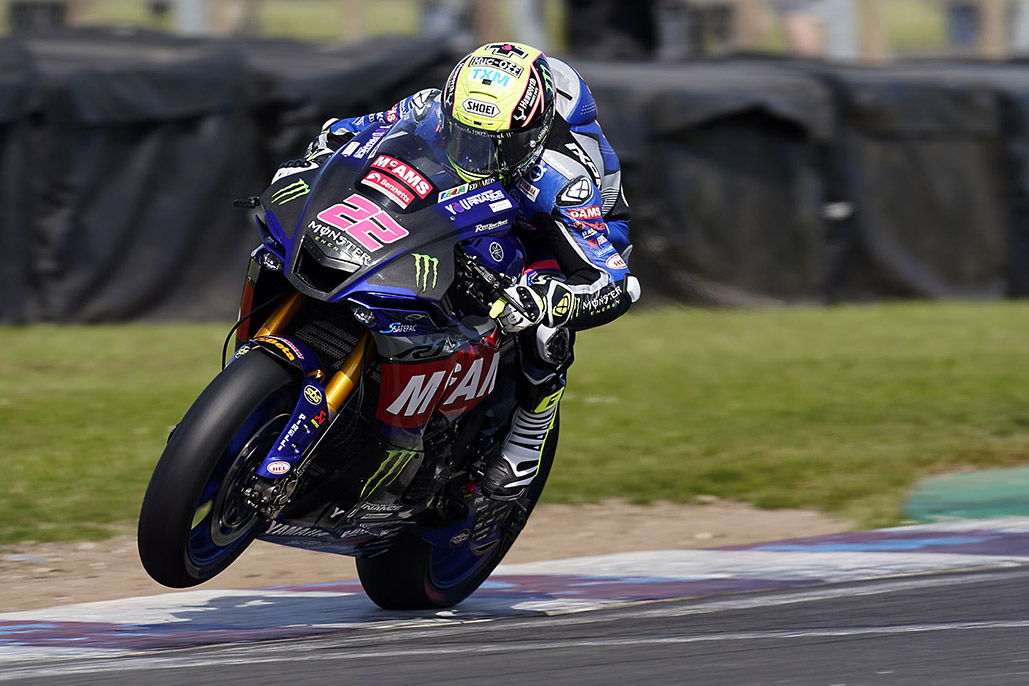 Jason O’Halloran topped the times in the final Official Test ahead of the opening round of the Bennetts British Superbike Championship later this month. The McAMS Yamaha rider snatched the top spot on his final lap of the day to bring a thrilling end to pre-season testing in front of the returning fans at Donington Park.

O’Halloran had been at the top of the times during the early stages of the final session ahead of Honda Racing’s Glenn Irwin, but with 20 minutes remaining Christian Iddon had moved into second.

The final ten minutes of the test produced a flurry of faster laps and Danny Kent, who had been quickest in the opening session for Buildbase Suzuki, went fastest with just over eight minutes remaining.

O’Halloran then reclaimed the position just seconds later as Glenn Irwin moved back into second place, but the order didn’t remain for long as Kyle Ryde fired the Rich Energy OMG Racing BMW ahead with four minutes remaining.

It wasn’t over however, as Tarran Mackenzie leapt up the order to post the benchmark time as the session approached the final two minutes.

The McAMS Yamaha rider didn’t remain fastest though, his teammate saving his best till last. O’Halloran’s final lap of the day was enough to put him 0.184s clear by the finish.

Christian Iddon was seventh fastest on the second of the VisionTrack Ducatis with Gino Rea, Lee Jackson and Peter Hickman completing the top ten.

Jason O’Halloran, McAMS Yamaha
“It is obviously nice to be able to finish pre-season testing off on top but to be honest I was even more happy with the second session when I did a race run. I did my fastest lap on the last lap and I felt really good and comfortable on the McAMS Yamaha.

“I feel that we have done a great job pre-season and the bike has improved since last year. I have a great feeling and feel that I can go fast when I want to. I know we have some things still to improve before Oulton Park but hopefully we can take what we have learnt today into the first round. I can’t wait to get racing now and try and reap the rewards of our hard work.”

Lowes wins, Raul Fernandez crashes out as drama hits for Moto2 at Misano