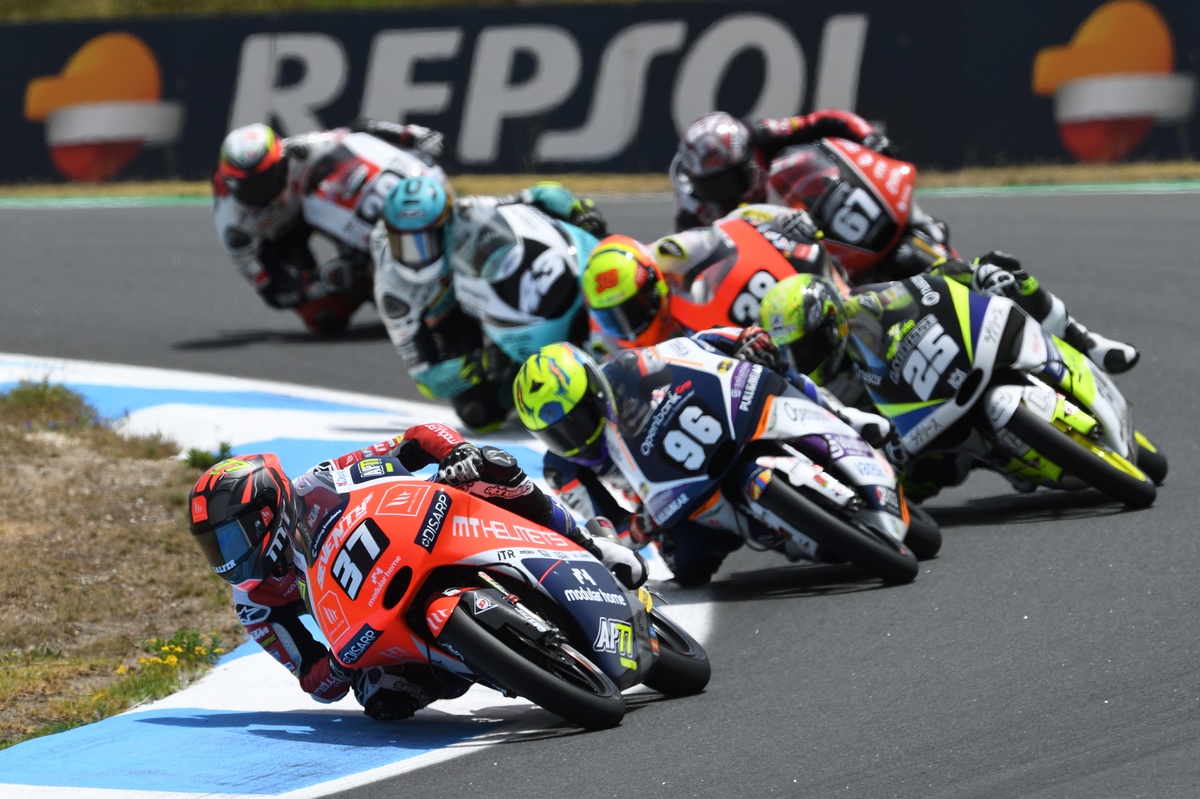 After a sensational start to 2020 for the FIM CEV Repsol, the Grand Prix paddock is already showing interest in the riders and talent who line up to do battle in the series this season. Pedro Acosta has become the first from the FIM CEV Repsol announced as a Moto3™ World Championship rider in 2021, joining CarXpert PrüstelGP and working in collaboration with MT-Foundation77, and the man currently second overall in the FIM Moto3™ Junior World Championship leads a charge of exciting new names and faces who could soon be taking the next step on the Road to MotoGP™.

There are a number of fast riders setting the FIM Moto3™ JWCh standings alight, and with so many teams directly connected to the Grand Prix paddock, we can expect Acosta to be one of a few riders making the leap in 2021 or soon after. The Leopard Impala Junior Team, SIC58 Squadra Corse (José Julián García), Openbank Aspar Team and Junior Team Estrella Galicia 0,0 all have riders in the top ten in the FIM Moto3™ JWCh and teams racing on the next step of the ladder in Moto3™.

The FIM Moto3™ JWCh leader, Leopard Impala Junior Team rider Xavier Artigas, is an interesting prospect and the Spaniard is – incredibly – already a Grand Prix podium finisher. Will he be moving up? On his wildcard in Valencia last year, Artigas took third place and only narrowly missed out on the win in what was his first Grand Prix outing. He was also a rookie in the FIM Moto3™ JWCh at the time, as well as the reigning European Talent Cup Champion!

On that note, the Hawkers European Talent Cup will be another place of interest for many. Artigas’ stratospheric rise from Champion there to FIM Moto3™ JWCh points leader and multiple race winner is an incredible demonstration of the level of racing and talent in the HETC. Points leader David Alonso, who has won four of the six races so far in 2020, can expect some keen interest from the next steps on the ladder, as can the likes of some of his fellow HETC race winners and podium finishes such as Zonta Van Den Goorbergh, Marco Morelli, Alberto Ferrandez and Ivan Ortola. Behind Alonso’s impressive lead, the gap from second to fourth overall is just 13 points in another incredibly competitive season.

There’s plenty to be excited about in the Moto2™ European Championship too. Yari Montella continues his stunning record this season, and seems the leading candidate to make the move onto the world stage. The most recent Moto2™ Grand Prix winner, Luca Marini, is a great example of moving from the Moto2™ ECh to the Grand Prix paddock, and Montella will look to his compatriot’s record to see what can be achieved. Niki Tuuli – Moto2™ ECh race winner and currently second overall – also became the first ever FIM Enel MotoE™ World Cup winner last season too, and is now one of many battling it out in MotoE™. That’s another interesting avenue, and was also recently the link between the Moto2™ ECh and the Moto2™ World Championship for Hector Garzo as he competes on the world stage in 2020.

Who will the FIM CEV Repsol discover next? And who will be moving up on the Road to MotoGP™? We will likely find out soon! In the meantime get ready for the next round of the 2020 FIM CEV Repsol, with MotorLand Aragon next to host in early October.