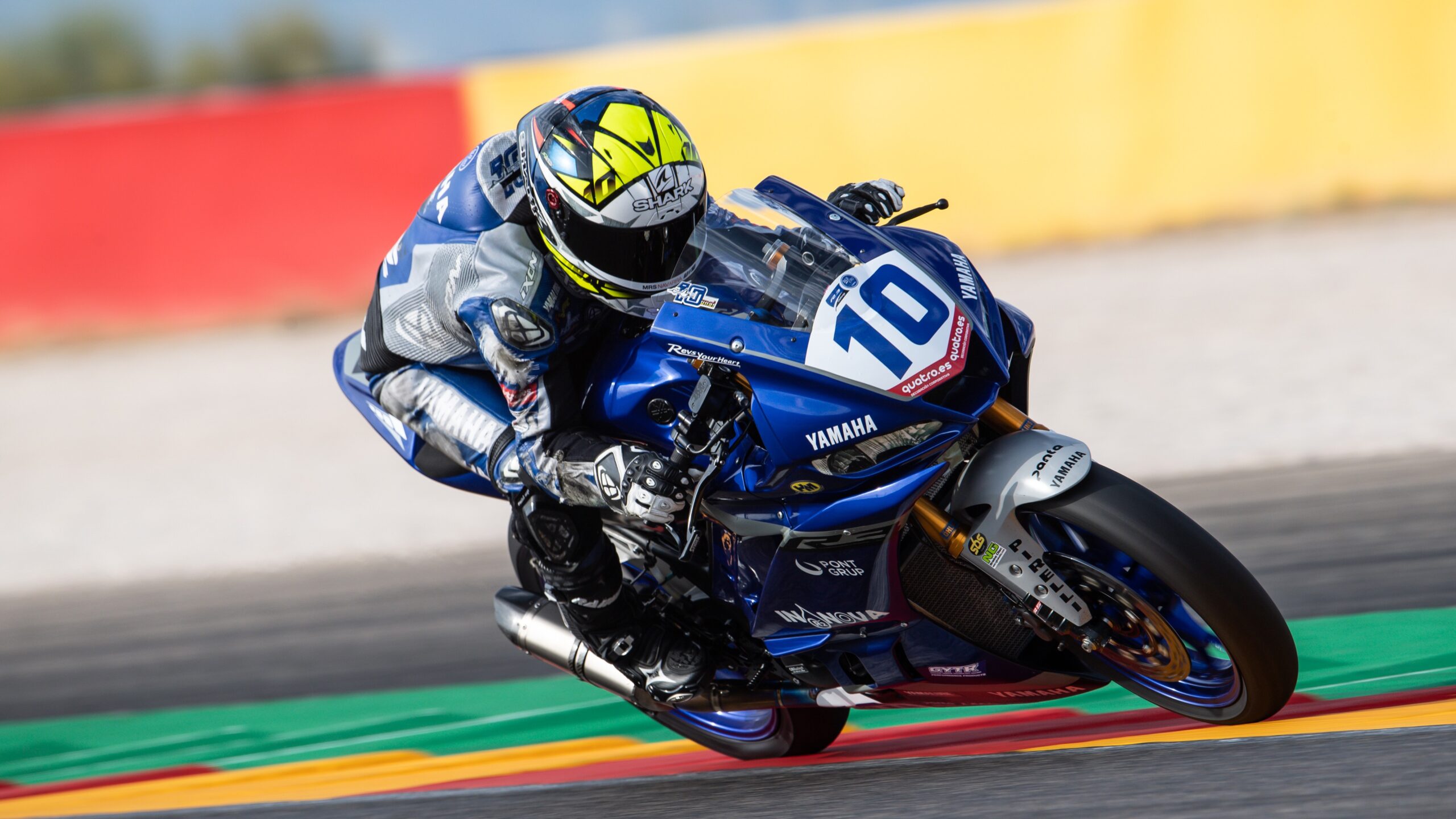 At just 16-years-old, Unai Orradre was one of the standout youngsters from the 2020 FIM Supersport 300 World Championship, and his performances have earned a second season in the series, benefitting once again from bLU cRU support.

The 2019 Spanish Junior Superbike Champion was an early title contender, but a run of bad luck saw him drop a number of points. Despite this, Orradre finished an impressive seventh in the championship and second in the Yamaha R3 bLU cRU Challenge standings.

Meanwhile, Yamaha will also focus on bringing new young talents to the championship through the 2021 Yamaha R3 bLU cRU European Cup, which will run at six FIM Superbike World Championship rounds and is still open for registration to any riders aged 12 to 20 wanting to take their first step on the Road to WorldSBK.

Unai Orradre
Yamaha MS Racing WorldSSP300 Supported Team
“I’m very happy to be continuing with the bLU cRU next year in the WorldSSP300 championship. I think it will be a really good year and hopefully we can challenge for the front positions, win more races and have a shot at the title. Thank you to Yamaha, the Yamaha MS Racing team and everyone for their support.”

Félix Garrido Rojo – Team Manager
Yamaha MS Racing WorldSSP300 Supported Team
“We are very happy that Unai will continue with us for 2021. We continue to work with and trust the Yamaha bLU cRU project, which is really giving riders like Unai a great opportunity. He joined us in 2019 and together we lifted the Spanish Junior Superbike title. This year, he got off to a great start, taking victory in the first race in Jerez on the R3 GYTR kitted bike and becoming the youngest rider to win a WorldSSP300 race, while he also achieved several podiums throughout the year. He is a very talented young rider, who is growing a lot and learns very quickly; a phenomenal person and I think he has huge potential. Our goal is to continue training him and preparing him for the higher categories. He is also perfectly integrated within the team, which is fundamental to his confidence. I want to take this opportunity to thank Yamaha for continuing to trust us, and specifically Alberto Barozzi and Andreu Aguilá. I am very proud to be a part of the Yamaha bLU cRU family.”

Alberto Barozzi
Yamaha Motor Europe bLU cRU Racing Manager
“We are very proud that Unai will continue his career under our bLU cRU program. Since his debut in this class, he has proven to be one of the standout riders and has shown great progression over the years. He will continue to get technical guidance from Yamaha MS Racing and this is a great deal for both rider and team, and I’m quite confident that Unai will have another good season on board his R3 GYTR kitted bike. He learned a lot during this year’s compressed campaign and is already a race-winner. There are still some things to learn, especially in wet conditions, but now he is more determined and confident of taking another step forward in performance.”