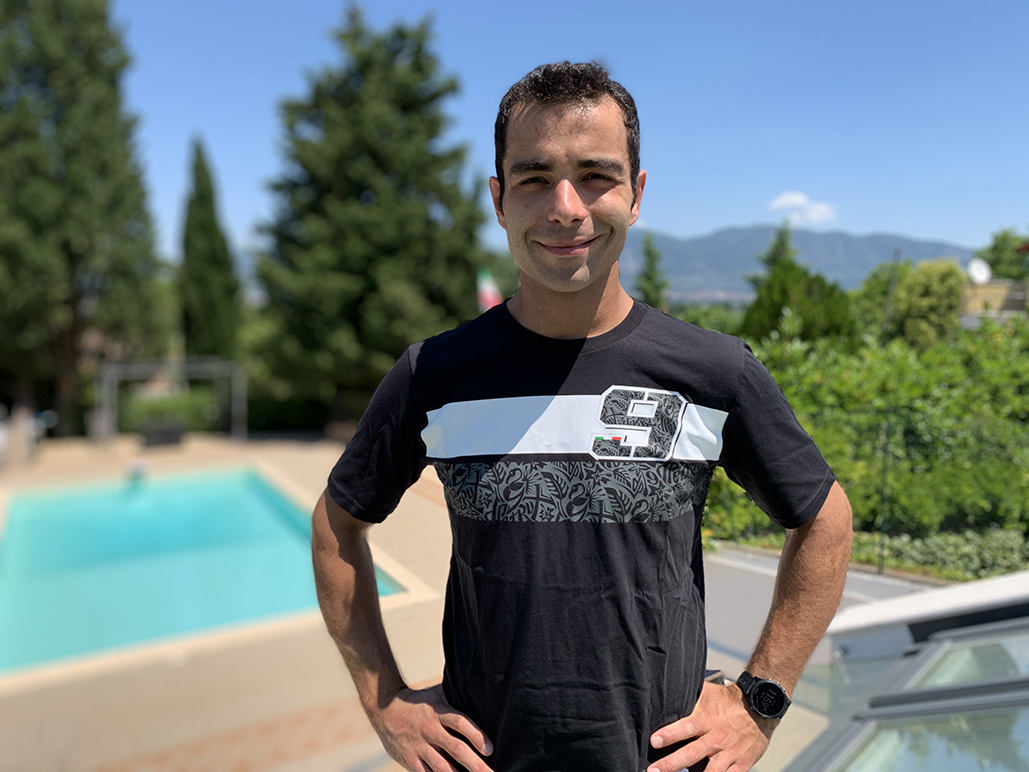 Red Bull KTM Tech3 is excited to announce that KTM will extend their purposeful attack on MotoGP by welcoming and harnessing the experience and GP-winning speed of Danilo Petrucci who will partner Iker Lecuona at Red Bull KTM Tech3 for the ’21 campaign. Both will be riding a factory KTM RC16, likewise Brad Binder and Miguel Oliveira in Red Bull KTM Factory Racing.

While Oliveira moves into the factory set-up, Red Bull KTM Tech3 will count on the knowledge and wisdom of nine seasons of MotoGP experience accumulated by Petrucci for 2021. The 29-year has gathered nine podium finishes so far in the class and has ridden three different bikes since entering Grand Prix in 2012. Petrucci’s determination, coupled with his grounded character and work ethic, will make an apt foil for teammate Lecuona. The 20-year old Spaniard is waiting to begin his first term in MotoGP in 2020 and recently re-signed to race again for Red Bull KTM Tech3 in 2021.

The 2020 FIM MotoGP World Championship will finally get underway with a double-header event – the Grandes Premios Red Bull de España and Andalucía – at the Circuito de Jerez in southern Spain on July 19th and 26th.

Iker Lecuona
“I would like to truly thank Red Bull KTM Tech3 for the confidence they are placing in me for their 2021 project. I felt very good with the new RC16 from day one and the bike has really progressed from the configuration we used in the 2019 Valencia race. I think we can make some great races with this machine. Signing for 2021 gives me enough peace of mind to be able to fight for my goal of being Rookie of the Year. I feel like I’m in a great family here.”

Pit Beirer
KTM Motorsport Director
“It gives me great pleasure to stick these four hungry guys together for our MotoGP program. Brad and Miguel have a productive working relationship and have shown the talent and the desire to win races through all stages of Grand Prix. We believe they have the determination necessary to push our MotoGP project forward. The same goes for Red Bull KTM Tech3 where we’re happy to bring Danilo into the family. His experience counts for a lot but we’re also banking on a rider that is committed and with the right attitude. We believe he still has something to show in MotoGP. On one side we are investing in MotoGP front-runners ‘of the future’ but they could easily become stars already in 2021 and that would be exciting to see. We have two set-ups but really it is one big team with all four athletes on the same bikes and with the same possibilities. Our riders’ development and success will be a great KTM story and it will taste even sweeter to take these guys to new heights in such a tough competition.”

Hervé Poncharal
Team Manager
“What an exciting time for a MotoGP team to announce his future line-up. We are extremely happy and proud, first to start racing soon in Jerez with our current riders Miguel Oliveira and Iker Lecuona. We believe 2020 can be a really successful season for KTM in general and I hope also for Red Bull KTM Tech3. During this long wait before we could start racing again, we had to think together with the Red Bull KTM organization about the 2021 line-up. We could see the leader, Pol Espargaro was leaving and since then we had a lot of meetings and finally, we are delighted to announce our decision. The Factory Team will be having their dream duo with Miguel Oliveira and Brad Binder and clearly this will be a strong pair. They will carry the KTM flag high, I’m sure. Back to Red Bull KTM Tech3, I’m sure this is a bit of a surprise to the fans and the media, because we can confirm today, that Iker Lecuona, the youngest rider of the MotoGP grid at the moment, is going to be with us again in 2021. We are all and I am personally very happy about that, because it was a big move from Iker to jump on a MotoGP bike, but unfortunately the sanitary situation didn’t give him a lot of chances yet to show what he can do during a MotoGP race, but it was clear from everybody, that we will give him another opportunity after the 2020 season to be with us in 2021. I see Iker as a potential leader in the MotoGP class in the near future. Now, Ladies and Gentlemen, let’s come to the big surprise: we will have the pleasure to welcome Mr. Danilo Petrucci with us from 2021. Danilo is a man, that I respect a lot. He is a man that is a ‘normal’ guy, who is always saying hello to everyone, who has a lot of charisma and a great sense of humor. On top of that – and maybe even more important – he is also a team player and a MotoGP winner. Never forget that he won the Mugello GP last year, which is such an important race for an Italian rider on an Italian bike, beating Marc Marquez and Andrea Dovizioso, which is not an easy task, but also finishing sixth in the World Championship. I think his experience and his knowledge will help our MotoGP project to grow and to move on. His always positive attitude and his will to share and to work with a team, which behaves like a family, is exactly what he will find in Tech3. I know him for quite a while and we always shared good moments. The last thing, I would like to say is, that the fact, we have the most experienced rider out of the four inside our Tech3 organization means that there is now no more satellite or factory team. There are four factory Red Bull KTM riders on the grid with the same support, the same equipment and this is showing us the support that factory KTM is giving to the team, because this is not always the case with different manufacturers. I would like to thank Stefan Pierer, Hubert Trunkenpolz and Pit Beirer to clearly show the world that there will be four factory riders and the two Tech3 riders will be part of them. These are exciting news and it is an exciting program. Of course, there are still many races and we haven’t started the 2020 MotoGP World Championship yet. We want to do 2020, but we are also already impatient to start working with our 2021 crew. Thanks to everybody involved in that organization, again thanks to Red Bull KTM and also to Elf, who have been on our side since the beginning of this adventure.”