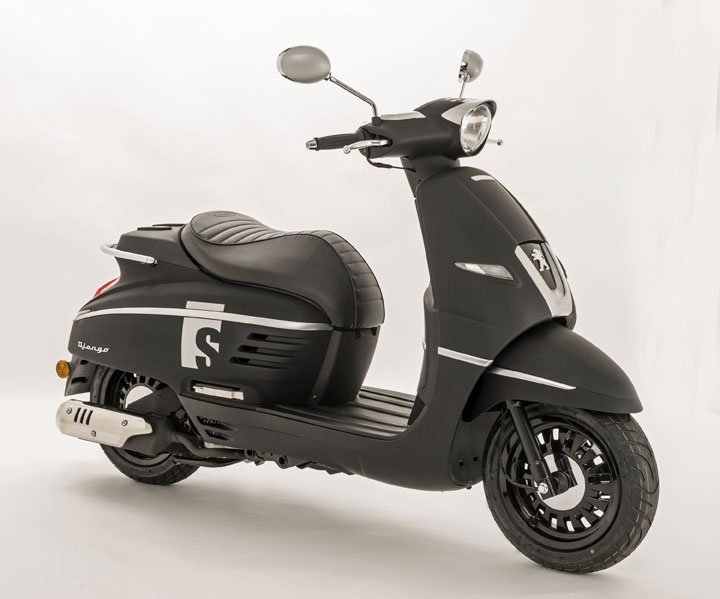 New for 2016, the Django S is an urban take on Peugeot’s ‘neo-retro’ Django scooter.

Based around the 125cc Sport Model, the Django S has matt black body panels with a colour-matched cover behind the seat that can be removed to reveal a passenger saddle. Wheels, fork legs and engine cover are all painted black, with contrasting satin chrome finish on the trim, mirror covers and headlamp peak.

Inspired by Peugeot’s S57C scooter of 1958 and named after the legendary Jazz guitarist Django Reinhardt, the Django S is jam-packed with contemporary technology, including Synchro Braking Control (SBC), which distributes braking effort simultaneously between the front and rear 200mm disc brakes, for controlled and balanced stopping power.

The classic analogue speedometer dial has an LCD screen display set into it, featuring a trip computer, and the lockable dual compartment glove box has a 12-volt power socket inside for charging gadgets on the go. Modern LED lighting features throughout: in both the front and rear indicators, rear light and the signature lighting in the front grille. There’s also a helmet-size luggage bay beneath the seat.

The Django S is expected to sell for under £3000- and will be covered by a two-year unlimited mileage parts and labour warranty.

Information and details of authorised Peugeot Scooter dealers can be found at www.peugeotscooters.co.uk 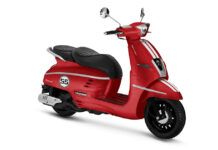 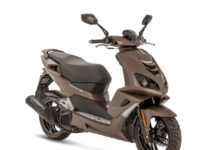 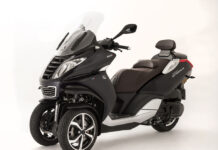 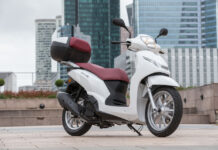 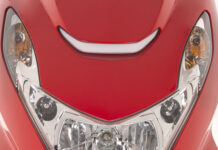