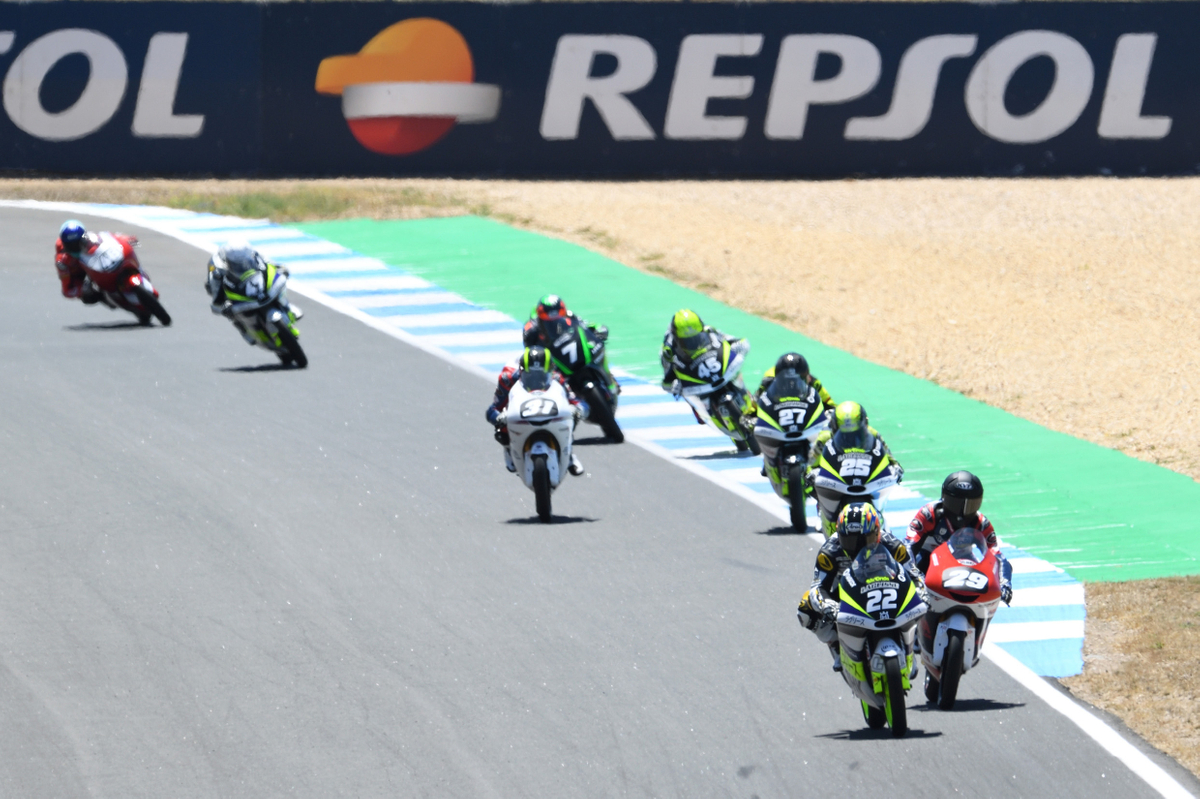 Perfect conditions greeted the riders for the long-awaited opening round of the 2020 FIM CEV Repsol season at Estoril. As a result, the high temperatures brought some scorching lap times with David Salvador (Cuna de Campeones) grabbing pole position in the FIM Moto3™ Junior World Championship with Yari Montella (Team Ciatti – Speed Up) the rider to beat in the Moto2™ European Championship and David Alonso (Openbank Aspar Team) on top in the Hawkers European Talent Cup.

The opening pole position in FIM Moto3™ JWCh went to David Salvador (Cuna de Campeones) whose time of 1:44.591 in the first qualifying session went unbeaten in the afternoon. Pedro Acosta (MT-Foundation 77) came within a tenth of a second of his first ever pole, qualifying second, with Diogo Moreira (Estrella Galicia 0,0 Junior Team), the only Brazilian rider in the field, claiming third on the grid for his first ever race in the class.

Fermin Aldeguer (Fau 55 Tey Racing) was the leading Superstock 600 rider on his debut in the category, with an impressive display ensuring the 15-year-old qualified seventh overall after graduating from the HETC.

In the HETC itself, David Alonso (Openbank Aspar Team) grabbed his first ever pole position at the same circuit he took his debut podium in 2019. The Colombian rider dominated free practice before setting the pace in both qualifying sessions, despite a crash on Monday morning. His 1:47.464 put him half a second clear of rookie Ángel Piqueras (Estrella Galicia 0,0 Junior Team) with Zonta van der Goorbergh (Team SuperB) rounding out the front row. Alberto Ferrández (Cuna de Campeones) starts his first ever HETC race from the front of row two with Iván Ortolá (Openbank Aspar Team) fifth on the grid as he looks to repeat his double win of 2019.

The schedule for Tuesday’s races is as follows (GMT + 1):