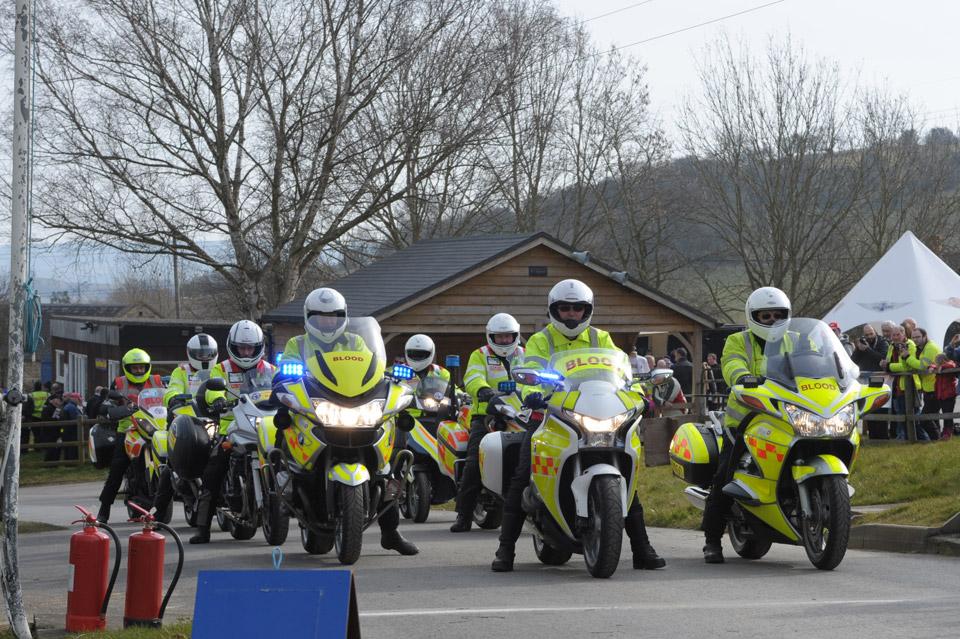 Prescott Bike Festival is often hailed as the ‘Start of the Season’ Motorcycle Festival and will take place once again on Sunday 12th April 2015 at Prescott Hill Climb, home of the prestigious Bugatti Owners Club, Cheltenham. Each year the event goes from strength to strength and 2015 is no exception.

Unlike a static bike show, Prescott gives you the unique opportunity to get up close and see lots of historic, classic and race bikes and watch (smell and hear) them run the historic hill climb course; “better than Goodwood”, said one excited visitor last year. Its not just for modern bikes either, the classic marquees are well represented with the likes of Bantam, AJS, BSA, Rudge, Royal Enfield, Douglas, Manxman, Ariel, Matchless and Norton. Whilst there are just too many entries to mention, here are a few to whet your appetite;

· A prototype 1927 Velocette KSS 350cc – affectionately known by enthusiasts across the world as ‘Spring-Heeled Jack’, the only one ever built at Hall Green, Birmingham
· A 1959 Norton Dominator 650DD Special
· A 1962 Honda RC163 250cc 4-cylinder racer replica as ridden by Jim Redman and Mike Hailwood
· The iconic 1962 BSA Rocket Gold Star 650cc (a genuine original) 1 of only 1370 built
· A 1963 Norton Manx 350cc Reverse Head built by Ray Petty
· A rare 1967 Triumph TR6c 650cc Street Scrambler built exclusively for the California market – and it goes and good as it looks!
· And of course the ‘fizzie’ a true icon of the 70’s! A 1974 Yamaha FS1E, the must-have bike for any 16 year old of the period, and probably the desire for many to own again now

At the complete opposite end of the spectrum, Mike West Racing will showcase an incredible collection of famous race bikes in the paddock, alongside the Carlos Checa’s MotoGP Ducati Desmosedici GP5 and Checa’s 2011 WSB winning Ducati 1198 F1. Plus NEW for 2015 – the MADMAX Race Team and their Madmax Turbine Streetfighter, the World’s first jet turbine streetfighter street legal motorbike which recently set a land speed record doing an astonishing 224.5mph.

PLUS:
· Take the ride of your life with a thrilling passenger ride experience in a Formula One or Watsonian Squire Sidecar, a Morgan Three Wheeler or a Grinnall Scorpion. (Apologies clean underwear not provided!)
· Take a FREE test ride on the 1290 Super Adventure, the 1190 Adventure or 1050 Adventure at the KTM Adventure Fleet Experience
· Do a spot of biker retail therapy in the Trader Zone, with dealers showcasing latest models, and over 100 trade stands
· Visit the Mike West Racing Paddock to see and hear an impressive array of famous and iconic race bikes
· Don’t miss the Dave Coates Motorcycle Stunt Show
· Listen to live music by 1950s inspired rockabilly band, Josie and the Outlaw and Chickenbone John and his custom guitars!
· Watch the George Formby tribute act from the motorcycle film, No Limit? And see the ‘Speed Demon’ take to the hill on his 1920 ‘Shuttleworth Snap’
· Take a ‘selfie’ with characters from the world’s largest and most accurate Star Wars Garrison re-enactors

Prescott Bike Festival is a ‘Must Do’ day out for all motorcycling enthusiasts. What’s more, all event proceeds of the event go to The Nationwide Association of Blood Bikes and Severn Freewheelers.

Advance tickets are available online at: www.prescottbikefestival.co.uk
Free parking, free motorcycle side stand puck and free helmet park for bikers
All details of exhibitors and celebrity appearances are available on the website.