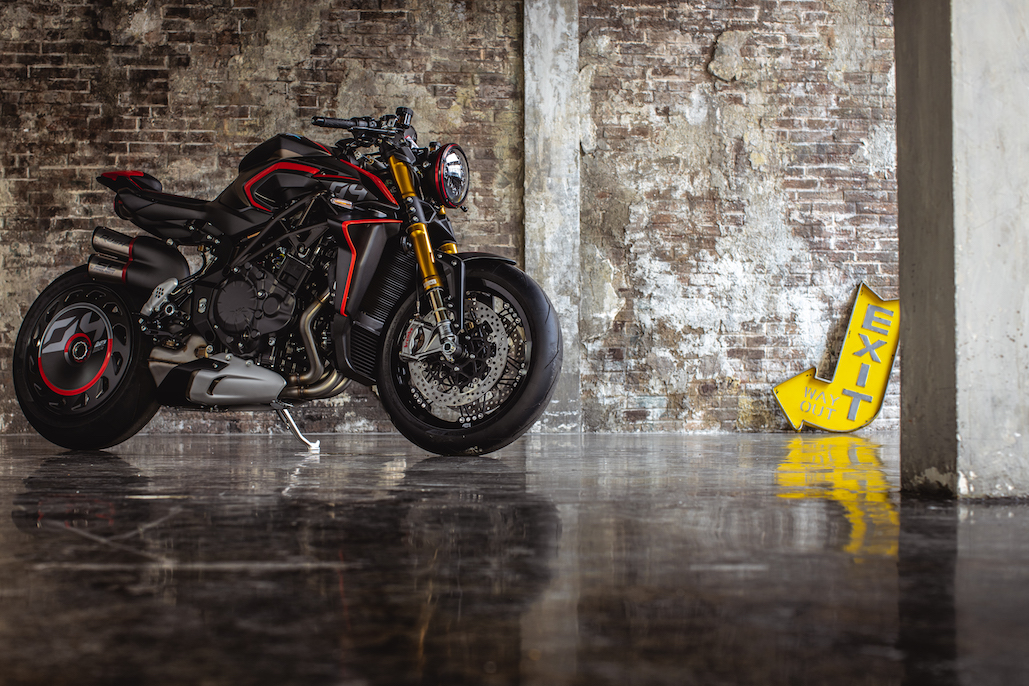 The limited edition hyper naked will be produced in only 300 units.

MV Agusta will be starting the production of its Rush 1000 “drag strip-inspired” bike in June this year. The first bikes will be rolling out of the Lake Varese hangars towards the end of the same month, ready for the privileged owners who pre-ordered their Rush 1000 online and through MV Agusta’s worldwide dealers network.

The mean looking Rush 1000, with its 4-inline-cylinder engine, 208 HP (212 HP with the Racing Kit) and a top speed of over 300 km/h, is a model aimed at those who do not fear to stand out from the crowd, as the style and components are appropriately focused on emphasizing the concept of a hyper naked “beast”. The aerodynamic rear wheel cover, a technical solution used in drag races to reduce the coefficient of drag, represents a clear statement of this attitude.

All of MV Agusta’s engineering know-how is packed into the Rush 1000 and draws on Formula1 and MotoGP technology, offering a thrilling out-of-this-world riding experience, with hair-raising true MotoGP replica performance. The 8-level traction control and “launch control” systems help managing the bike’s beastly acceleration and rocket-like starts. Together with the EAS 2.1 Up & Down for clutch-free changes and the wheelie control system, they contribute to making the Rush 1000 easy and fun to handle with maximum safety. The Rush personality is further enhanced by the Öhlins EC suspension units with electronic control and the aluminum and steel trellis frame, both adopted from the Brutale 1000 RR along with the Brembo Stylema calipers and the Bosch 9 Plus Race ABS.

The design of the Rush 1000 lives up to everything one would expect from an MV Agusta limited series, starting from the many unique details such as the specially designed headlight unit, spoke front wheel, the minimalist rear subframe and passenger seat as well as the unique side exit exhausts. The livery of the MV Agusta Rush 1000 is a pure  statement of style and elegance, with dark metallic matt grey, Mamba red matt carbon and metallic bronze.

Timur Sardarov, CEO of MV Agusta Motors S.p.A. commented: “With the production of the Rush 1000 starting this coming June, we are right on track with respect to our 5 year industrial plan announced a few weeks ago. As we are breaking new ground in our expansion journey into new segments and new markets, MV Agusta will continue to produce amazing works of exclusive motorcycle art from its headquarters in Italy, remaining true to its heritage of performance, elegance and state-of-the art technology. I am sure this incredibly attractive model will meet the enthusiasm of the proud new owners.” 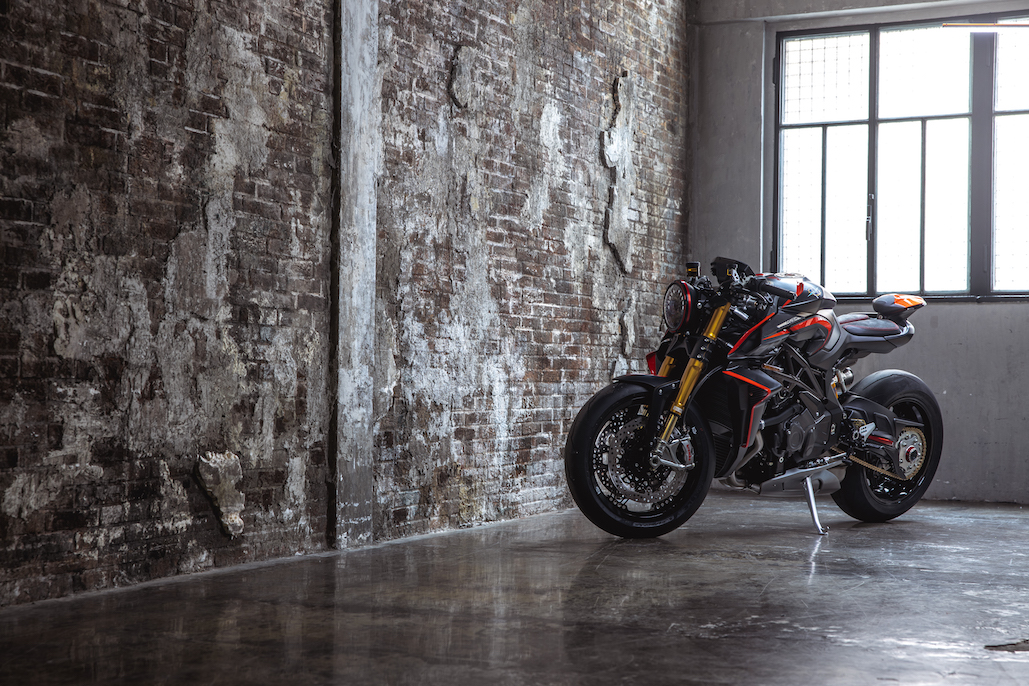