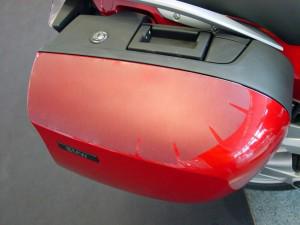 Getting a leg over larger touring and dual sport machines often ends with boots catching panniers, the resulting scuffs and scratches making them look very second-hand.

Today’s hard luggage is often colour-matched to the bike’s bodywork or with a fine alloy-finish, and it doesn’t take much contact to cause damage.

Exclusive to BMW accessory specialist Nippy Normans, Paint Protector Kits help stop those scuffs and scratches. Each kit contains self-adhesive films, cut to fit each machine and designed to be invisible when fitted (the film has been greyed in the images for visibility).

Although just 100 micrometers thick, the material is tough and flexible, designed to shield surfaces from accidental damage caused by boots, and the zips, poppers and clips found on bike clothing. They can also help to shield from scuffs and scratches caused by straps, bungee cords and items of luggage strapped on pannier lids.

Highly adhesive, but easily removable without leaving a trace, tested from -40°C to 90°C and weather/UV-proof, the films will stay protective for between 5–7 years.

Supplied with comprehensive instructions and an applicator tool, kits are available to fit a broad range of BMW R- and K-series panniers (listed below). There are also kits for other sensitive areas, such as the tank and side panels.

Prices start from £14 for pannier kits and just £4.50 for those protecting other areas; a fraction of the cost of replacement parts or re-painting.

Notes: Image shows a grey film so that the film is visible to you, but normally Paint Protector Kits are 100% invisible. All prices include VAT. 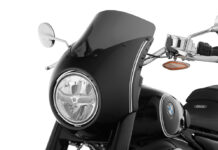 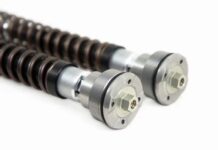 Enjoy The Adventure Even More With Öhlins Cartridge Kits 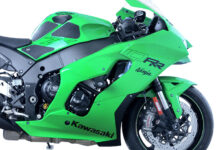 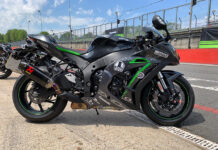 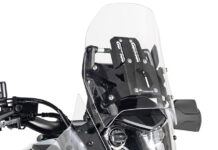 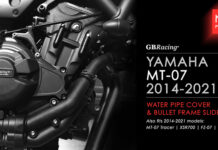