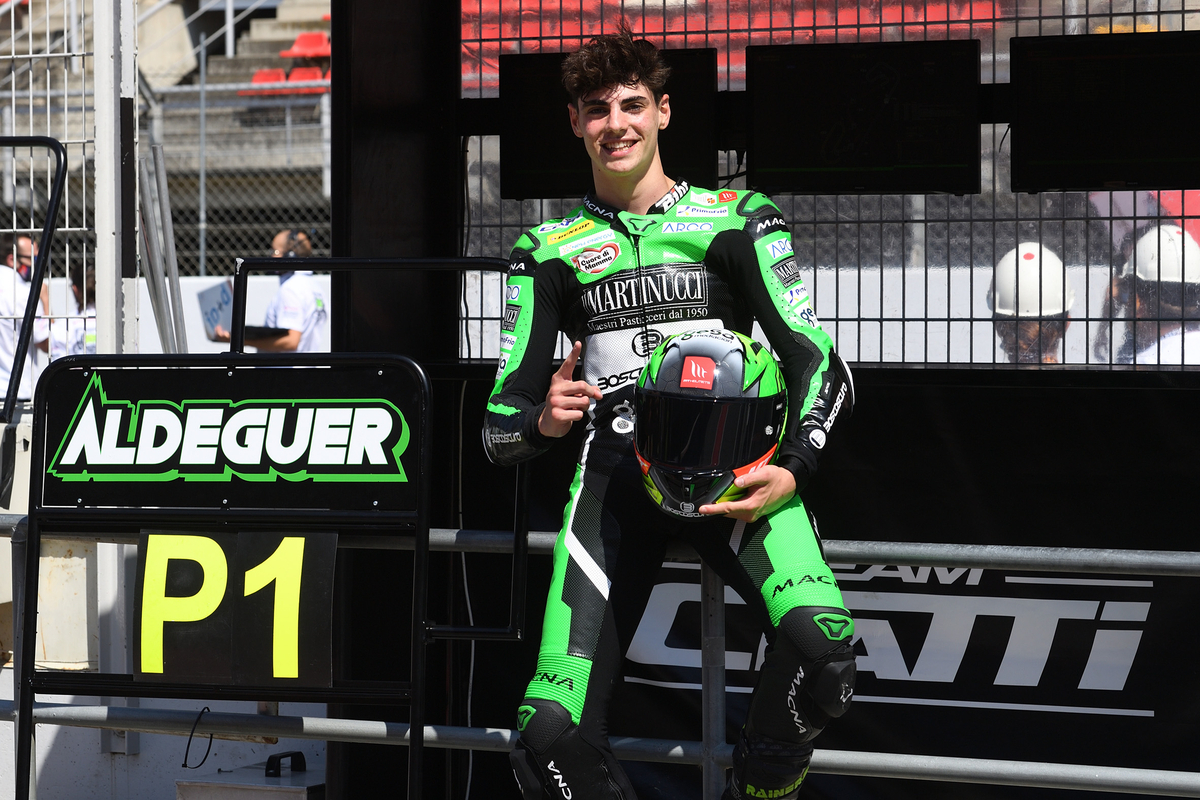 Round 3 of the FIM CEV Repsol Championship is all set for the green light tomorrow as qualifying day comes to a close!

The action was hotter than ever as all three classes took to the Circuit de Barcelona – Catalunya in scorching temperatures as they all battled for pole position on Saturday! In the end it would be Mario Aji (Astra Honda Racing) that would take pole position in the FIM Moto3™ Junior World Championship. In Moto2™ European Championship, there was a first-time polesitter of the season in Boscoscuro Talent Team-Ciatti’s Fermin Aldeguer and in Hawkers European Talent Cup it was Hugo Millan (Cuna de Campeones) that was fastest of all.

It was another closely contested qualifying in the FIM Moto3™ JWCh. But in the end it was a surprise polesitter with Mario Aji posting the fastest time, just under two tenths ahead of second place Jose Julian Garcia (SIC58 Squadra Corse) with both riders posting their fastest time in QP1 earlier in the day. That was the theme for many riders as the hot sunshine in the afternoon lead to slightly greasy track conditions during QP2. Takuma Matsuyama (Asia Talent Team) lines up 3rd, still on a high after picking up his first-ever podium last time out in Valencia.

It was a one-sided tale in Moto2™ ECh as the dominant force of the season, Fermin Aldeguer, tightened his grip on the series to take his first pole position of the season by 0.737s from Boscoscuro Talent Team-Ciatti teammate, Alonso Lopez. While Aldeguer has a clear advantage at the front, Lopez can’t be so relaxed, with Lukas Tulovic (Liqui Moly Intact SIC Racing Team) qualifying in third just a tenth behind the young Spaniard.

After picking up his first pole position last time out in Valencia, Hugo Millan was after more and more is what he got! His second pole position in a row in the HETC and the best possible way to start tomorrow’s race! Xabi Zurutuza (Cuna de Campeones) qualifies second for his best qualifying of the year so far and it’s a second front row start in a row for Maximo Martinez (Team Honda Laglisse) as he’ll line up as the third rider on the front row of the grid!

The grids are set and we’re ready to go racing! Here are all the times you need to know to keep up with the action tomorrow: