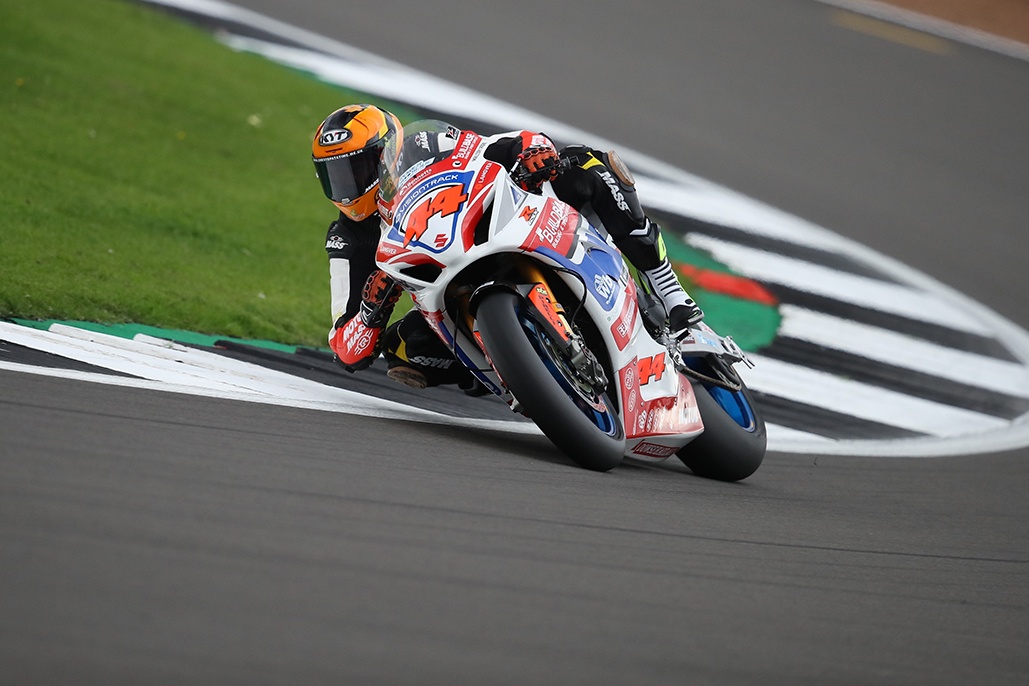 Gino Rea and the Buildbase Suzuki team topped the first Bennetts British Superbike Championship free practice session at Silverstone this afternoon, edging out championship leader Glenn Irwin for the top spot, in an incredibly close opener to the weekend.

The Silverstone National circuit always produces close times and in the opening session the top 19 riders were covered by 0.797s, and at a fast pace to start the weekend too with the top 14 riders clocking times under the existing lap record.

It was a constantly changing session ahead of tomorrow’s opening race with Glenn Irwin and Josh Brookes initially trading places at the top of the times, however in the final two minutes Rea posted his fastest lap that would set the benchmark at the end of day one.

Rea took the top spot from Irwin who had only just regained the top position in the closing moments of the session from Brookes, but Jason O’Halloran had also improved his pace, which saw him climb the order into third for McAMS Yamaha and push the VisionTrack Ducati rider into fourth place.

Lee Jackson had another top five finish in the session for the Rapid Fulfillment FS-3 Kawasaki team; another rider to fight to hold the position in the closing stages, just having the advantage from Kyle Ryde in sixth place on the second of the Buildbase Suzukis.

Andrew Irwin was seventh fastest for Honda Racing, ahead of McAMS Yamaha’s Tarran Mackenzie who jumped into the top ten at the end of the session with Christian Iddon and Héctor Barberá completing the top ten.

Gino Rea
(Buildbase Suzuki)
Fastest rider in Silverstone Free Practice 1
“The session today couldn’t have gone any better. To come away in P1 is refreshing for me, and for the team. At Snetterton, it was pretty hard as it was a new team and a new bike, but we made steady progress over the weekend and made some subtle changes for this weekend that we didn’t have time to do at the previous round.

“That along with the bike seeming to suit the circuit, means it couldn’t have gone any better. I felt good on the bike and it’s nice to be back at Silverstone as I missed this event last year. We still have some areas to work on but to be P1 on a Friday is really nice so thanks to the team for putting out such a great package.

“It was really close in that session and anything can happen and that is the same for qualifying. It will be close tomorrow but I want to replicate what we have done today, make a few small changes and try and keep it up. We wasn’t expecting to be P1 that’s for sure so if I can qualify on the front three rows I will be happy as I think I can do quite a consistent pace. It is going to be a close race that’s for sure so don’t miss it!”