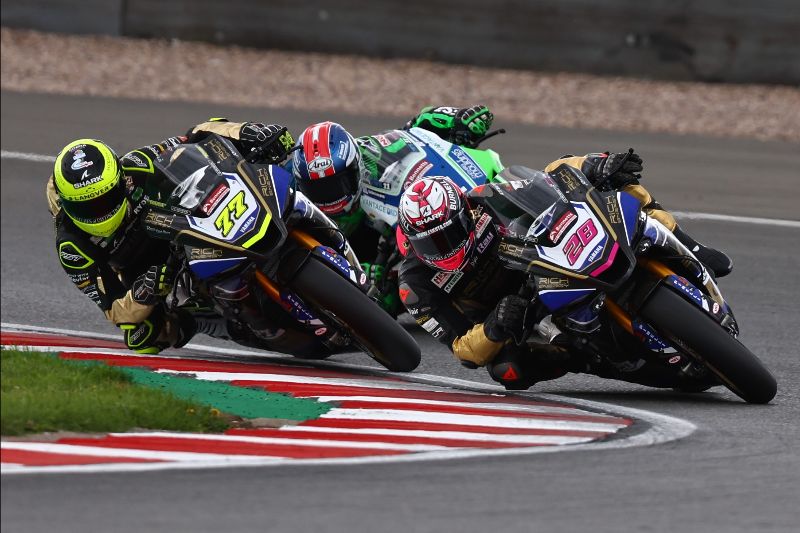 Bradley Ray heads the Bennetts British Superbike Championship standings in to the fourth round of the 2022 campaign at Knockhill this weekend (17-19 June).

The Kent contender faces tough opposition though, including from home heroes Tarran Mackenzie and Rory Skinner as the series heads to Scotland for its next three races.

Rich Energy OMG Racing Yamaha’s Ray holds a 28-point lead over fellow Yamaha rider Jason O’Halloran after a strong start to the season. Ray has only has only failed to finish on the podium once from the opening nine races, achieving his best start to a Bennetts BSB campaign yet.

The Scottish crowd will have their hopes pinned on a home win however, with two talents from north of the border to cheer on. Reigning champion Mackenzie and Skinner are both firmly in contention for silverware in Fife.

Mackenzie made his comeback from a pre-season injury last time out at Donington Park, achieving a best result of sixth place. He’ll be targeting a return to the podium next as he gets back up to speed as he continues his title defence.

Skinner on the other hand, has already finished in the top-three this year for Cheshire Mouldings FS-3 Racing Kawasaki. The rider hailing from Perth, just a short trip from Knockhill, bagged his first visit to the podium at the circuit last year.

O’Halloran became the fifth different race winner of the season during the previous event. This allowed the Australian to elevate himself above Lee Jackson and Kyle Ryde in the standings, two more riders who’ve visited the top step of the podium this year.

Ryde has a single point advantage over Skinner in the standings, with Honda Racing UK’s Glenn Irwin holding sixth. Irwin is bidding to rediscover the form which carried him to a treble win at the Silverstone season opener.

Buildbase Suzuki’s Christian Iddon has been building momentum too. He scored his best result of the season with sixth place at Donington Park and he now returns to a circuit at which he was victorious last season.

Peter Hickman completes the all-important top-eight in the standings for the FHO Racing BMW team ahead of this weekend. Ducati contenders Tommy Bridewell and Josh Brookes, plus last year’s Knockhill double winner Danny Buchan are amongst those just behind, all of whom will be aiming to make progress up the standings.

Tarran Mackenzie
McAMS Yamaha
“For my first round back, we were pretty pleased with how Donington went but it was definitely a challenge!

“Having had pretty much the best part of a month off since then has been good for me, even at at the test at the start of this month I was a lot better physically than I had been at Donington and we’re another couple of weeks on from that now.

“The test went well, I felt good on the bike and importantly didn’t have the arm pump that held me back at bit at Donington, so I’m really looking forward to getting stuck in this weekend.

“Knockhill is a special track for me with it being a home round, I was on the podium twice last year so I’m looking forward to getting back with the team and hopefully pushing towards the front.”

Rory Skinner
Cheshire Mouldings FS-3 Racing Kawasaki
“I am really looking forward to the weekend and being back at Knockhill.

“The recent test there went really well – being a two day test and a short lap, it gave us lots of opportunities to try new things with the bike.

“In total we completed nearly 200 laps and I came away feeling really positive for going into the races there.

“Being my home round it’ll be great to have full capacity of fans again as that wasn’t able to happen last season.

“I can’t wait to be back out on the Cheshire Mouldings FS-3 Racing Superbike in front of my home crowd!”

Gajser Wraps up Fifth World Title as Coldenhoff and Vialle Win in Finland! 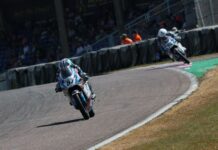 Garness escapes as Brown fights back to second 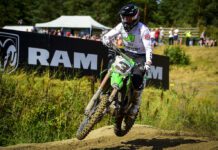 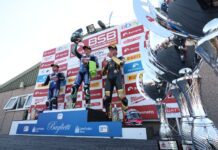