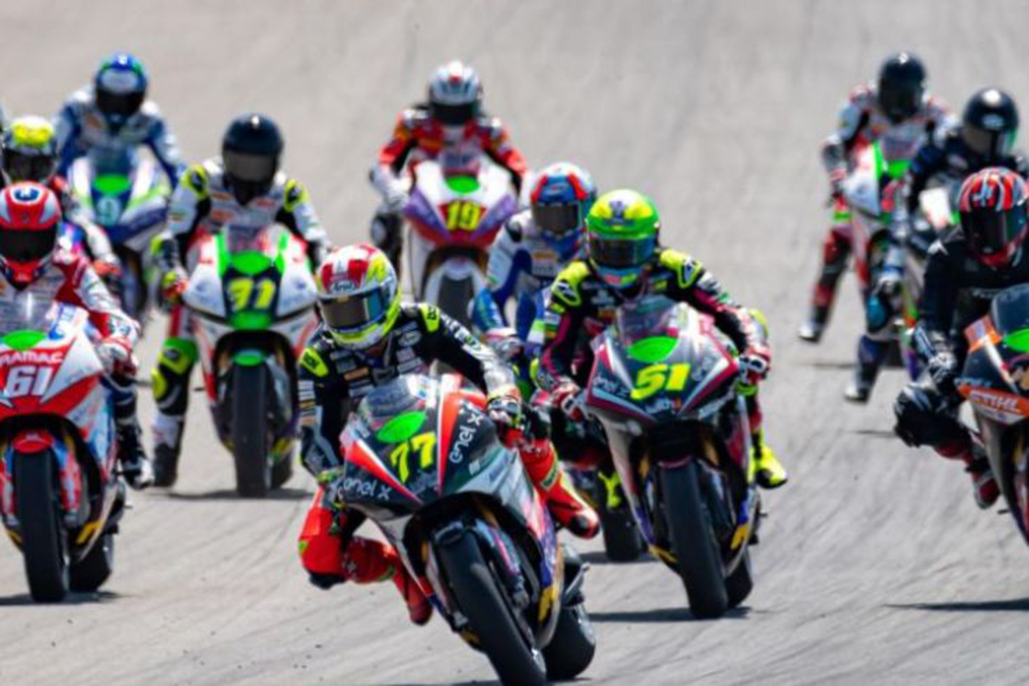 Spielberg welcomes the FIM Enel MotoE™ World Cup back for another showstopper, with crunch time fast approaching in the standings

Summer break was a little longer for the FIM Enel MotoE™ World Cup, but we’re back in business at the Austrian GP as the spectacular Red Bull Ring welcomes the electric runners for the penultimate round of the season. A venue the Cup has visited before, it’s familiar turf for those who competed in MotoE™ in 2019… but a new challenge for a few competitors.

Alessandro Zaccone (Octo Pramac MotoE) is one of them, the Italian making his MotoE™ debut last year. But so far this season it hasn’t seemed to matter where we’ve raced or what his previous CV or track knowledge was like, the number 61 keeps getting the job done and often in style. Three races remain in 2021 and his advantage is only seven points, but his consistency has been rock solid so far and he has to remain the favourite heading into the Red Bull Ring.

Jordi Torres (HP Pons 40) is now the man on the chase, the Spaniard making up good ground at Assen to move into second. At Assen he also got his elbows out, as promised, and there seemed to be a switch from focusing on consistency above all else to laying a little more on the line. Can he keep that going? He may have to try if he’s to defend the crown, because Zaccone has been watertight so far.

Dominique Aegerter (Dynavolt Intact GP), meanwhile, arrives with the opposite conundrum. After a crash at Assen that’s sent him down to fourth and 17 points down, he can no longer wait for a mistake from his rivals and will need to go on the attack. Will that risk vs reward pay off? He’s not won a race so far this year, but now would be a good time to do it.

And then there’s Eric Granado (ONE Energy Racing), who is the opposite again. The Brazilian is now ahead of Aegerter in the standings, although equal on points, with two wins to his name. Two bouts of bad luck join them on his rap sheet, but when it comes together – like it did at Assen – Granado is hard to beat. When he’s needed to, he’s also found the perfect bounce back this season, including that spectacular final corner ballet against Zaccone in France, when the opposite outcome could have seriously dented his charge for the Cup. Can he bring the magic and avoid the bad luck again in Austria? He is one of those who raced here in 2019…

Mattia Casadei (Ongetta SIC58 Squadra Corse) is another and rekindled his solid points hauls at Assen, but he’ll be looking to move up as he’s now ten points off Granado and Aegerter, and only a single point ahead of Barcelona winner Miquel Pons (LCR E-Team). Pons had a tougher visit to the TT Circuit Assen and will be aiming for more in Austria.

Matteo Ferrari (Indonesian E-Racing Gresini MotoE), meanwhile, got more at the Dutch GP. After a tougher start to the year the Italian took his best 2021 finish yet at Assen in fourth, and was the top Red Bull Ring finisher on the current grid back in 2019. He’s consistent as ever too, with a top ten finish in every race this season – something that only Zaccone, Torres and Yonny Hernandez (Octo Pramac MotoE) can join in claiming.

Lukas Tulovic (Tech3 E-Racing), Hikari Okubo (Avant Ajo MotoE) and Fermin Aldeguer (Openbank Aspar Team) are waiting in the wings to fight it out for that top ten – as a minimum – too, and all three are covered by just eight points in the standings, with time left to make up some good ground. Mathematically, the 2021 Cup remains anyone’s to win… but the clock is ticking and crunch time is coming as we head into the penultimate round.

Zaccone? Torres? Granado? Aegerter? Or another shake up in the standings? We’ll find out on Sunday as MotoE™ go racing at 15:30 (GMT +2) around the stunning Red Bull Ring – Spielberg.