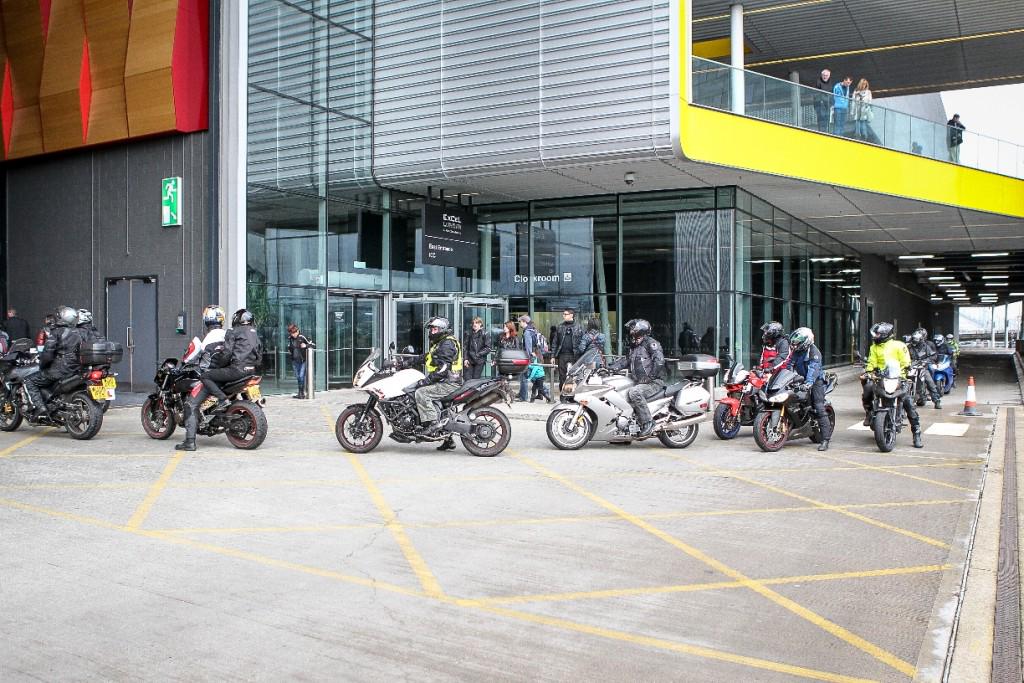 For the third consecutive year, the Carole Nash MCN London Motorcycle Show broke its attendance record, with 39,647 people passing through its doors over the three day event.

Thousands of bike fans descended upon London’s ExCeL centre over the Valentine’s weekend to not only get up close and personal with the latest 2015 models from the world’s best manufacturers, but also rub shoulders with a host of famous two wheel stars.

Highlights from the show included ‘I’m A Celebrity…Get Me Out of Here!’ winner Carl Fogarty officially opening the event on Friday morning, while alongside him was Britain’s MotoGP hopeful Scott Redding who flew back especially from testing his factory Honda in Malaysia. Race fans were well catered for throughout the weekend, with a number of MCE British Superbike announcements and a world exclusive collection of title winning machines raced by Italian legend Valentino Rossi, which proved highly popular with visitors.

The new for 2015 live-action show ‘SLIDE’, in association with Michelin, also proved incredibly popular as fans packed around the arena to watch the thrills and spills of Isle of Man TT legend John McGuinness and BSB stars James Whitham, Chris Walker and Taylor Mackenzie battling for victory.

Rebecca Donohue, Head of Marketing at Carole Nash Insurance, said, “As title sponsors of the show, we were more than impressed with the event this year. It’s a really positive sign that the market is picking up and that was backed up by the number of visitors in attendance – and we even got a glimpse of the King of the Jungle! We also had some really great feedback on our new Bikers Only car insurance offering, which was great to hear. As ever, we were on hand to handle queries and questions from our customers – which is one of the main reasons why we spend so much time and effort in attending these events. Well done to all at MCN for organising another fab show!”

Rob Aherne, Managing Director of Motorcycling at Bauer Media summed up, “We are delighted that this year’s event has delivered a third straight year of growth, but more than that we feel that we have put on our best London show yet. ‘‘As well as fantastic visitor numbers, there was a real buzz about the place that reflects how vibrant the UK market is at the moment. It’s a big, big change from where the industry was at 18 months ago – I think we are all set for another great year.”

The 2015 show also marked a special showcase of the most influential motorcycles from the past sixty years as part of MCN’s ongoing celebrations of their sixtieth anniversary. The next highlight on the calendar will be the launch of the MCN Festival of Motorcycling (May 16-17) which will give bikers the opportunity to see and hear some of motorcycling’s most iconic machines as well as test ride the full spectrum of 2015 bikes.