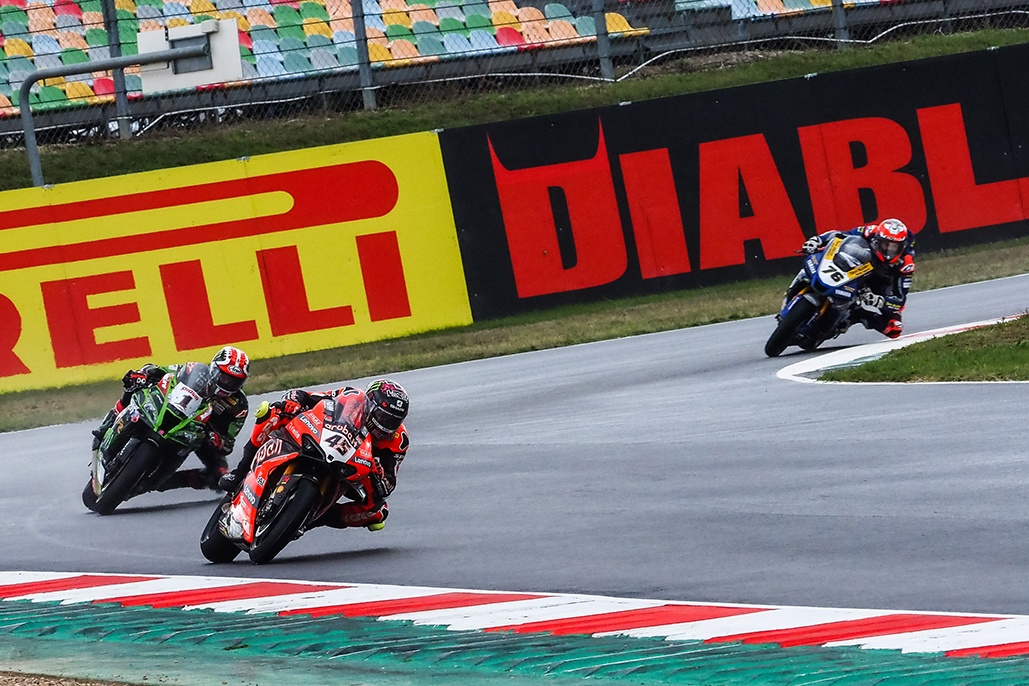 Rookie Scott Redding fights from fourth on the grid to take victory as he takes the title fight to the final round of 2020.

The fight for the 2020 MOTUL FIM Superbike World Championship will head to the season finale as Scott Redding (ARUBA.IT Racing – Ducati) claimed victory from fourth on the grid at the Circuit de Nevers Magny-Cours for the Pirelli French Round with Jonathan Rea (Kawasaki Racing Team WorldSBK) finishing in fourth after starting from pole position.

Rea had led from the start and for the first three laps of the race before Redding had made his way up to the lead battle and passed Rea on the fourth lap of the 21-lap race to take the lead; Redding would go on to dominate the race to take a valuable 25 points in the Championship battle. Redding was joined on the podium by Loris Baz (Ten Kate Racing Yamaha) as the home hero claimed his second podium of the French Round, with Chaz Davies (ARUBA.IT Racing – Ducati) competing the podium.

Davies made the title-denying pass on Lap 14 as he pushed Rea down into fourth place, meaning Rea leads Redding by 59 points with 62 points available in the remaining three races. Rea had tried to fight back in the latter stages of the race to secure the Championship at Magny-Cours but Davies was able to stay ahead.

P1 Scott Redding (ARUBA.IT Racing – Ducati)
“I was on the back foot all weekend because I didn’t have the laps on the rain tyres, but I was getting faster and faster. With the setting of the bike that was holding me back a little bit, I said to the team that if we could get this fixed, I think I can fight for the win. From the first and second lap, I saw I had the pace. The second problem was how long would the Pirelli last in these conditions as I had no idea. I was trying to ride as smooth as possible but in the end I did everything to win today.”

P2 Loris Baz (Ten Kate Racing Yamaha)
“I’m really happy. I have to thank my team, especially my crew chief because he gave me the confidence to choose the hard tyre on the grid. He wanted me to choose that one for the Superpole Race and I didn’t listen. It was a hard race. I was expecting to struggle a bit more at the beginning, but I had a good pace coming through the pack. I tried to overtake Jonny as soon as possible but Scott had something more and hats off to him.”

P3 Chaz Davies (ARUBA.IT Racing – Ducati)
“It was a great race. Good to round this wet weekend off on the podium. A lot of pressure on that last lap, I knew what was on the line for Scott. I knew the points situation for him. And also, for myself, I knew van der Mark was sitting fifth in the race and obviously the main thing for me is to try and consolidate third in the Championship. A bit of pressure for me and for the team. Happy to bring it home on the podium. I felt really good out there, the bike was feeling really good. A great end to the weekend.”