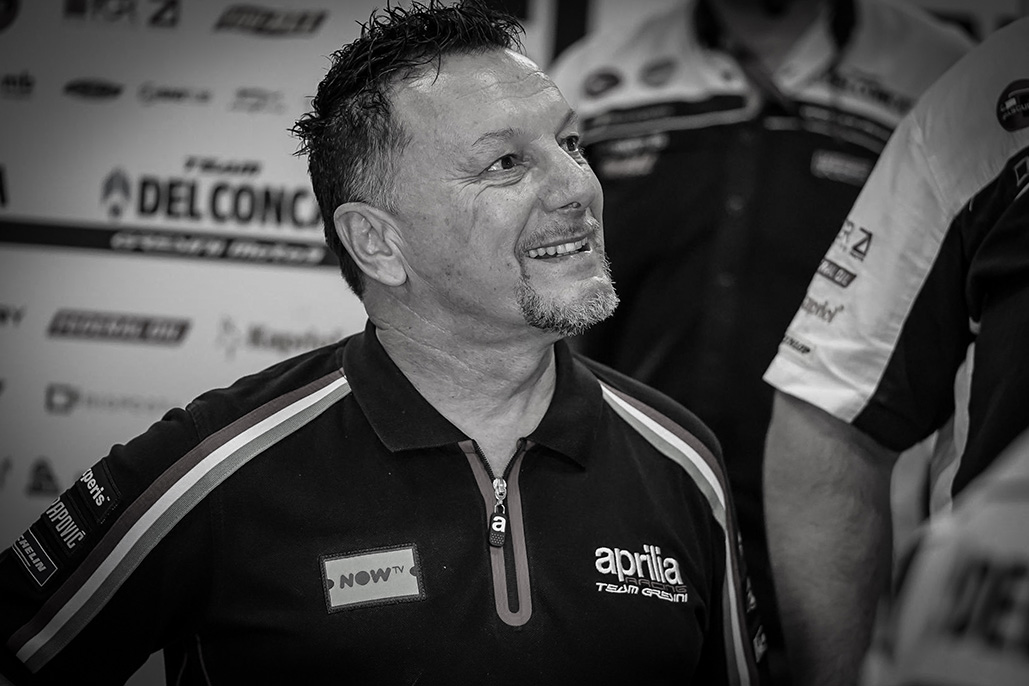 MotoGP™ and Dorna Sports are deeply saddened to hear of the passing of Fausto Gresini. A two-time World Champion in the 125cc class and a key figure in the paddock as founder of the Gresini Team thereafter, the legendary Italian will be deeply missed.

Gresini began competing in the 125cc World Championship in 1983 and took his debut win the following season. The year after that he took more wins and podiums on his way to taking the crown for the first time as he won the 1985 125cc World Championship. Runner up in 1986, the Italian fought back to take 10 wins on his way to reclaiming the crown in 1987, cementing his place in Grand Prix history.

Gresini competed until 1994 and accrued 21 wins overall, becoming one of the most successful riders of his era in the 125cc class. After hanging up his leathers, he then found equal and impressive success as he began a career on the other side of the pit wall.

His journey as Team Manager began in 1997, and the Gresini team took a World Championship for the first time in 2001 with Japanese rider Daijiro Kato as the two dominated the 250cc class together. Further Championships came in 2010 in Moto2™ with Toni Elias and 2018 in Moto3™ with Jorge Martin, as well as 2019 as the team won the inaugural FIM Enel MotoE™ World Cup with Matteo Ferrari. The teams that bear his name compete across all three classes of the FIM MotoGP™ World Championship in 2021, from MotoGP™ to Moto3™, as well as MotoE™, and will race on in his honour.

Gresini’s memory will live on both in his achievements on track and his legacy as team founder and manager. MotoGP™ and Dorna Sports extend their deepest condolences to all those the legendary Italian leaves behind; his family, friends, colleagues, teams and more, at this most difficult time.

Carmelo Ezpeleta, CEO of Dorna Sports: “I’m deeply saddened by the loss of Fausto. He was a very good friend and I liked him a lot. I have been following the news on his condition closely and I was lucky enough to be able to speak to him even as he was in hospital. I am so very sorry to suffer a loss like this in the paddock and I want to send my deepest condolences to his family, friends and the members of his team.”