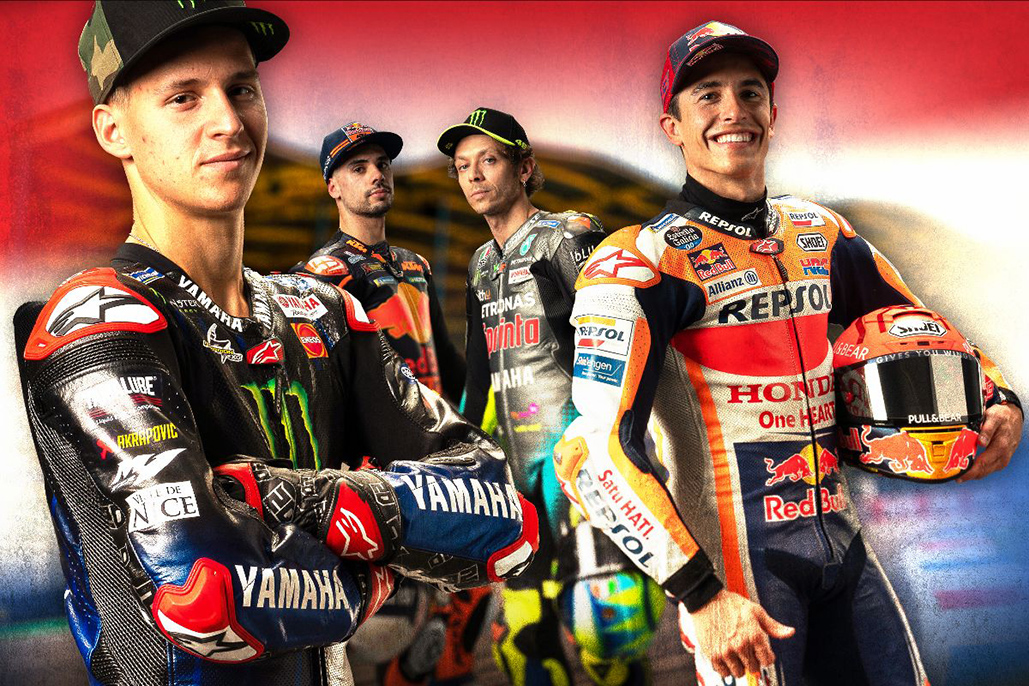 The fastest motorcycle racing Championship on Earth vs one of the world’s greatest racetracks = another chapter in 90 years of history.

Most fans of MotoGP™ would find it fairly easy to write a love letter to the TT Circuit Assen, and after a year off the calendar the Cathedral is back to gives us more history-making close racing. History is a real buzzword too as it’s the 90th TT this season and the 72nd time the event has counted towards the World Championship. Quite a record, but then it’s quite a track. Fast, flowing and with a final chicane whose reputation precedes it, Assen rarely disappoints… and maybe we’re biased, but neither does MotoGP™.

Heading in, it’s Fabio Quartararo (Monster Energy Yamaha MotoGP) still ahead of the game in the standings, and the Frenchman took a podium with a late charge in Germany. The last time MotoGP™ raced in Drenthe it was a Yamaha on the top step, too and their recent record at the track is a good one. Can Quartararo take back a little momentum? He’s the only rider to score points in every race, but he’ll want to get back on the top step.

Someone also in need of some momentum is the man who took that Yamaha win at Assen in 2019: Quartararo’s teammate Maverick Viñales. After his stunner in Qatar to open the season it’s been up ad down at times, but nowhere more down than his worst MotoGP™ finish ever last time out. Can he start to find a way back to the top? In 2019 he left Marc Marquez (Repsol Honda Team) five seconds in the dust for that victory, and Quartararo was another five seconds back… so there’s a solid CV to fall back on.

Speaking of solid CVs… no one has a better one than Valentino Rossi (Petronas Yamaha SRT) at the Cathedral. It may be a difficult season so far for the number 46, but Assen should or could be a venue that helps him take a step forward. With Franco Morbidelli missing the event after injuring his knee in training, there will be plenty of eyes on the other side of the garage too as American Garrett Gerloff comes in on replacement duty. The GRT Yamaha WorldSBK Team rider already impressed in the premier class of Grand Prix racing in practice in Valencia last year, and now he’ll make his race debut.

Next – notwithstanding the incredible comeback win for Marc Marquez – KTM are a key recent headline stealer. 2021 started with the Austrian factory struggling to gain traction – figuratively and, at times, literally – but it’s been an incredible turnaround of late. Miguel Oliveira (Red Bull KTM Factory Racing) is now the first KTM rider to take three podiums in a row, one of which was a win and the most recent of which saw the Portuguese rider able to push Marc Marquez at the Sachsenring. Even with this number 93 on the comeback, that’s something to write home about. Brad Binder (Red Bull KTM Factory Racing) made it two KTMs in the top four for the first time this year in Germany too, which made the Austrian factory team the top performers as a duo… and that was despite the South African never having ridden the track before in the premier class. How well can they attack Assen?

And now, Marquez. It was an incredible performance from the eight-time World Champion to get back onto the top step 581 days after last doing so, and after not only his injury struggles but also a difficult run of DNFs. One of the all-time greats – the race win and the rider – was history truly in the making. But with 11 in a row at the Sachnsenring now, can he stay with the front group at Assen? It’s certainly a bigger ask, and it was a big ask to manage what he did in Germany. But Marc Marquez is Marc Marquez…

For the other Hondas, however, the tough times continued in Germany, although the losing streak is over after Marc Marquez’ win. Pol Espargaro (Repsol Honda Team) took tenth and Takaaki Nakagami (LCR Honda Idemitsu) 13th, but they’ll want more, as will Alex Marquez (LCR Honda Castrol) after he made it through to Q2 for the first time this year and then crashed out.

More is also something Ducati will be looking for. After some impressive speed in qualifying and then in the early stages on race day, somehow it was Francesco Bagnaia (Ducato Lenovo Team) finished the race as the top Borgo Panigale machine – after having been mired down the field early on. Polesitter Johann Zarco (Pramac Racing) faded to eighth and Jack Miller was pipped to fifth by Bagnaia, so they’ll definitely be two men looking for a lot more this Sunday. For Miller the venue does hold some incredible memories though, with the Australian having taken his first premier class win at the track in that dramatic and emotional 2016 race. There are some good CVs elsewhere in the Ducati camp too, and both man and machine, for the most part, have been serious threats at the front so far in 2021 – so that seems unlikely to change based on solely the Sachsenring…

Suzuki will also be interesting to watch. Joan Mir (Team Suzuki Ecstar) made some quick progress in Germany after a tough qualifying but then couldn’t move much further forward, and Alex Rins remains on the comeback from injury. Last time MotoGP™ raced at Assen though, Rins was on the podium in second, which could be a good sign for the GSX-RR. Can the reigning team Champions move forward and get back to the front?

Finally, for Aprilia, it must be mixed feelings after the Sachsenring. Aleix Espargaro (Aprilia Racing Team Gresini) took their best MotoGP™ qualifying and led the way early on Lap 1 after taking the holeshot, and they were right in the battle. But that fifth place or a place in the top five escaped in an incredibly tight fight just off the podium. Can the TT Circuit Assen deliver? Their best to date in MotoGP™ at the track is seventh, and their best ever anywhere is sixth. The field is closer than ever, but the RS-GP is better than ever…

90 years of history seems like a lot to live up to, but with the classics we’ve seen staged at Assen it’s a solid bet that we’ll get another chapter. Who will come out swinging and head into summer break on top of the world? We’ll find out in the Motul TT Assen, with the lights going out for MotoGP™ on Sunday at 14:00 (GMT +2).