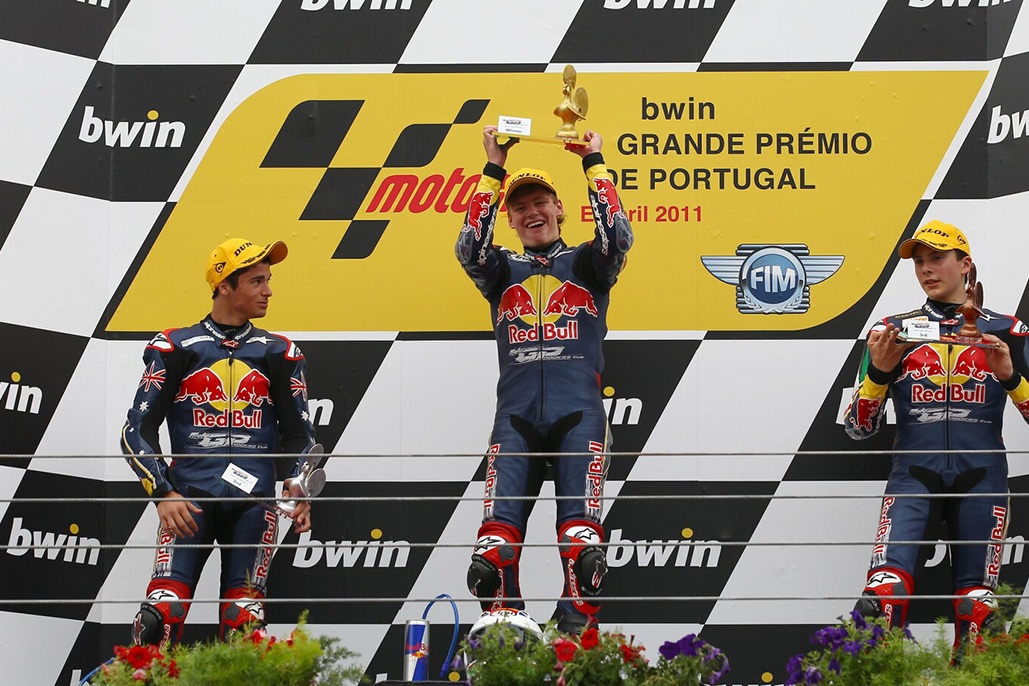 Brad Binder’s historic MotoGP win on the Red Bull KTM at Brno on Sunday was the ex Rookie’s first in the Premier Class but it was the 16th GP victory to date for the 2016 Moto3 World Champion.

It was also win number 104 for ex Rookies in a great day at the Czech Grand Prix for the Cup as alumni were on all three podiums. Johann Zarco took 3rd in MotoGP, Enea Bastianini won Moto2 with Joe Roberts 3rd and Ai Ogura claimed 3rd in Moto3.

Now it is the turn of the 26 Red Bull MotoGP Rookies to chase their heroes over the 12 rounds of the 2020 Cup.

After last week’s 2 day test they are well prepared, rain or shine and the KTM RC 250 Rs are all ready for action. It was clear from the Red Bull Ring test that the influx of new names need little time to get up to speed and the championship is wide open from the start.

As usual there are 2 Free Practice sessions and one Qualifying session on Friday. Saturday and Sunday feature a race each. That schedule is repeated through the season.

As Binder commented when he was observing last week’s test. “It’s just the same as when I was in the Rookies 10 years ago. The only thing that has changed is that they now ride the 4-strokes. Otherwise it is just the same, practicing the start procedures, learning the bikes and the track, it brings it all back.”