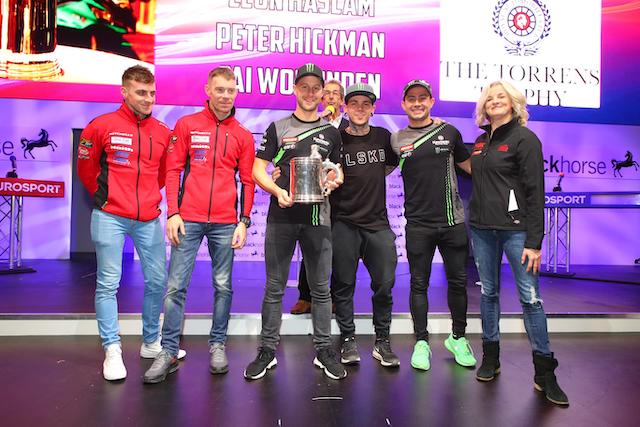 Barrie Baxter, Chairman of the Torrens Trophy Nominations Committee said, “We are delighted to have teamed up once again with Motorcycle Live. It seems only appropriate to announce the contenders of one of the most prestigious industry trophies at the UK’s largest motorcycle show. The Torrens Trophy celebrates an individual or organisation considered to have made an outstanding contribution to motorcycling in Britain”.

The Torrens Trophy will be presented at the prestigious Pall Mall clubhouse early in 2019. In no particular order, the shortlist of nominees for the 2018 Torrens Trophy is:

Ben & Tom Birchall: The brothers from Mansfield were crowned the 2018 FIM World Sidecar Champions at the final round of the season in Germany. With only one point separating the leading two teams coming in to the seventh round, the championship saw a spectacular showdown between them and their closest rivals. The win gave the Birchalls a third world title and second championship victory.

Leon Haslam: The Haslam family is one of Britain’s great bike-racing families. Leon has raced in MotoGP, World Superbike and British Superbikes, following his father Ron. In 2018 Leon dominated the British Superbike Championship, taking 15 race wins and ending the season 70 points clear of his nearest rival. He was finally crowned champion, after cruelly losing in 2017 due to a crash caused by brake failure.

Peter Hickman: Lincolnshire rider Peter Hickman won the Superstock and Senior TT races at the 2018 Isle of Man TT and set a new outright lap record of 135.452mph, around the world’s most famous road circuit that has been in action since 1907.

Tai Woffinden: In 2018 the British speedway rider won his third Speedway World title and became the most successful British speedway rider of all time. He overcame the pain of breaking his foot in a crash in Heat 11 to win the final Grand Prix of the season in Poland. The 28-year old also won the title in 2013 and 2015.

The Torrens Trophy
The Royal Automobile Club has always had a close association with the motorcycling world. The Club formed the Auto Cycle Club in 1903, which went on to become the Auto Cycle Union in 1947. The first motorcycle race was held on the Isle of Man in 1905 for cars – two years before the first Tourist Trophy for motorcycles.

The Torrens Trophy was first awarded in 1978 in memory of Arthur Bourne, a motorcycling journalist who wrote a column under the name Torrens. Arthur Bourne was also a Vice-Chairman of the Royal Automobile Club. It has only been awarded 11 times in its history and only when the Club feels that the achievement justifies it.

Previous winners of the Torrens Trophy include:

The Club’s early years were focused on promoting the motor car and its place in society, which developed into motoring events such as the 1000 Mile Trial, first held in 1900. In 1905, the Club held the first Tourist Trophy, which remains the oldest continuously competed for motor sports event. The Club promoted the first pre-war and post-war Grands Prix at Brooklands in 1926 and Silverstone in 1948 respectively, whilst continuing to campaign for the rights of the motorist, including introducing the first driving licences.

Today, the Club continues to develop and support automobilism through representation on the Fédération Internationale de l’Automobile (FIA), Motor Sport Association (MSA), and RAC Foundation while promoting its own motoring events including London Motor Week, which features the free-to-attend Regent Street Motor Show and the Bonhams London to Brighton Veteran Car Run, supported by Hiscox.

The Royal Automobile Club also awards a series of historic trophies and medals celebrating motoring achievements. These include the Segrave Trophy, the Tourist Trophy, the Simms Medal, the Dewar Trophy and the Torrens Trophy. 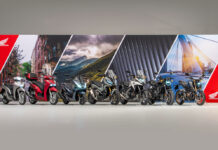 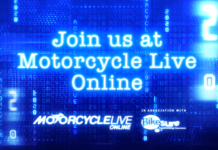 Motorcycle Live Online just over one week away! 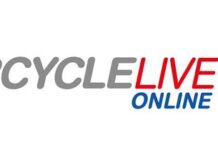