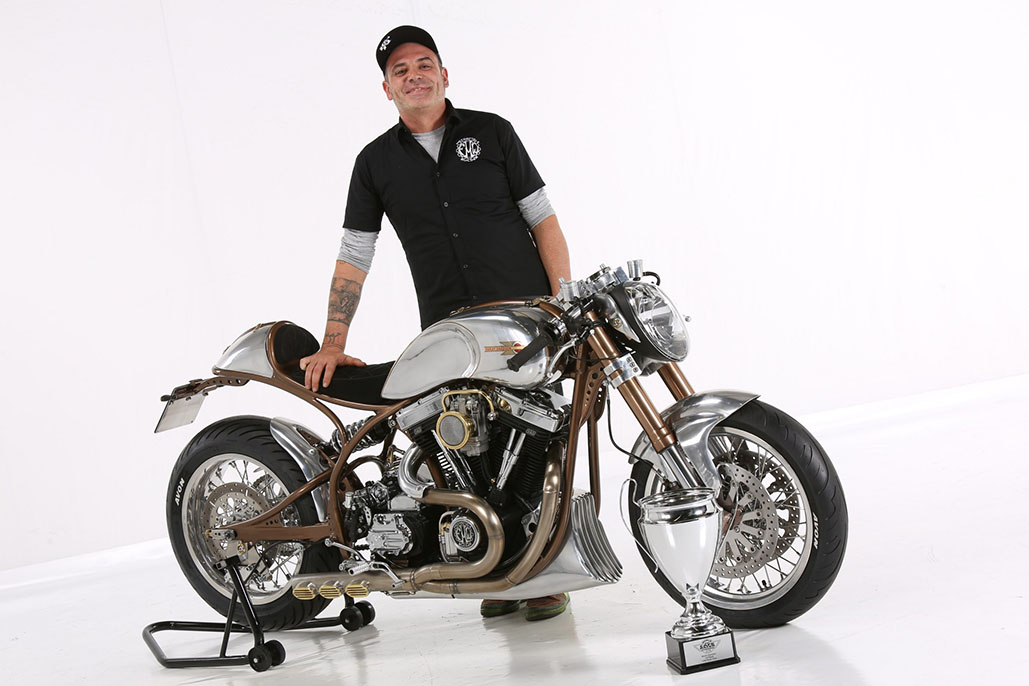 The 13th AMD World Championship event was held at ‘INTERMOT Customized’ as part of the INTERMOT show (3-7 October) in Cologne, Germany – with 98 bikes, 85 competitors and 30 countries competing from as far afield as the United States, Japan, Taiwan, South Korea, Indonesia and India.

The Avon-sponsored Freestyle class at the AMD World Championship is internationally recognised as being the premier showcase for advanced custom motorcycle design and engineering.
Flying the flag for Italy, the Cafe Racer class was won by FMW Motorcycles with ‘Hurakan,’ an S&S Superstock Avon-shod 1968 Shovelhead.

The Cobra Chrome is available now and replaces the well-established Cobra range.