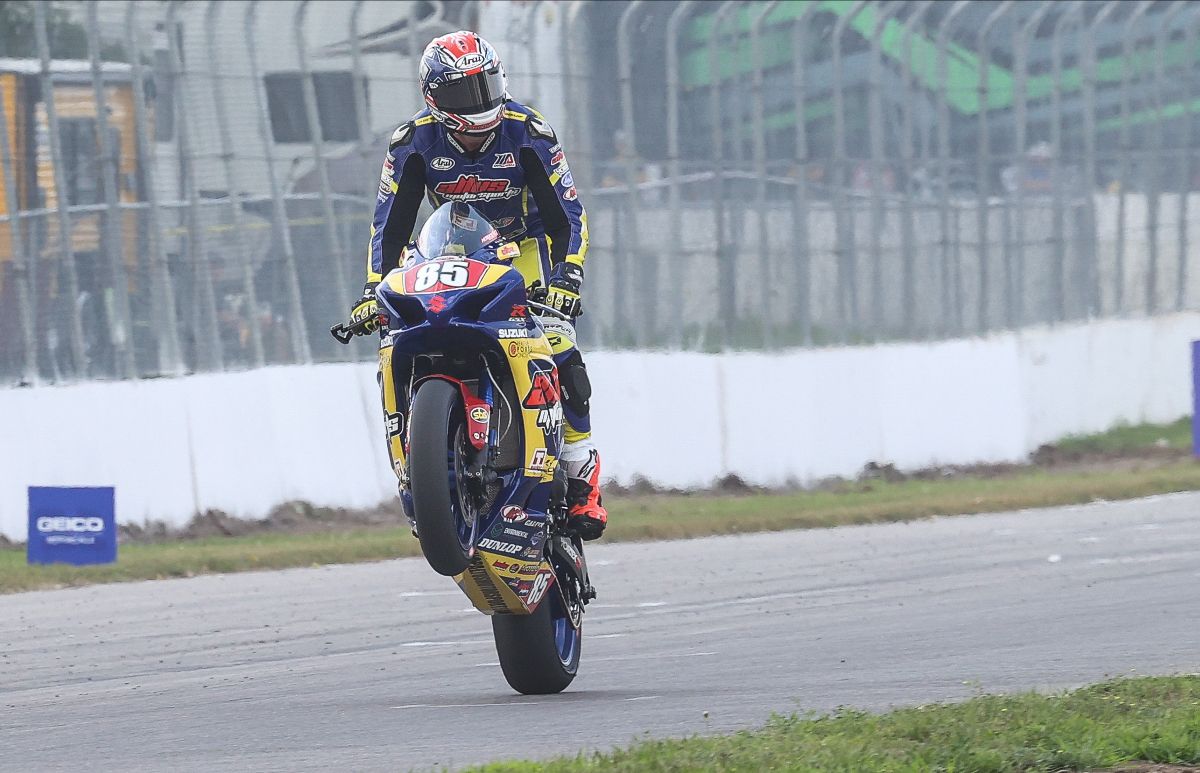 A Full Slate Of Racing Activity Heads To Pittsburgh, August 13-15.

If you like motorcycle road racing then Pittsburgh International Race Complex is the place to be as the MotoAmerica Series arrives, bringing six support classes to go along with the premier HONOS Superbike Series at the picturesque 2.8-mile road course in Wampum, Pennsylvania, August 13-15.

The closest points battle in the series is in Stock 1000 as four riders are in with a shot at winning the class championship as the series heads to Pitt Race. Just 29 points separate the top four and there’s only a measly two points between first and second in the title chase.

All four of those riders have won races in 2021: Lewis (3), Alexander (3), Wyman (2) and Gilbert (1). There are also three manufacturers in the top four with Lewis riding a Suzuki, Wyman a BMW and Alexander and Gilbert aboard Kawasakis.

Scott Powersports/KTM’s Tyler Scott and Landers Racing’s Benjamin Gloddy will continue their mano y mano battle for the SportbikeTrackGear.com Junior Cup Championship as the pair has won nine of the 12 races thus far this season. Scott and his six wins lead Gloddy and his three victories in the standings by 16 points, 252-236. Cody Wyman Racing’s Cody Wyman is next best, but he’s 79 points behind Scott. Wyman, Gus Rodio and Max Toth are the other three riders who have won Junior Cup races in 2021.

Even though Richie Escalante crashed out of race two at Brainerd International Raceway a couple of weeks ago and put himself in a hole likely too deep to come out of in the championship, there will be a battle between the HONOS HVMC Racing rider and championship leader Sean Dylan Kelly and his M4 ECSTAR Suzuki. You can count on it. Those two have combined to win 10 of the 12 Supersport races in 2021 with Kelly’s nine wins now leading Escalante and his two wins by 61 points. The other win went to MESA37’s Stefano Mesa in race one at Road America when Kelly and Escalante crashed together.

Four riders are in a heated battle for third in the championship with Kelly’s teammate Sam Lochoff currently third, 136 points behind Kelly and 15 points ahead of both Landers Racing’s Rocco Landers and North East Cycle Outlet Racing’s Benjamin Smith, who are tied for fourth, and just one point ahead of Mesa.

With Jackson Blackmon not scoring any points at the Brainerd International Raceway round, the run to the Twins Cup Championship has gotten a bit easier for Robem Engineering’s Kaleb De Keyrel, who now has a 53-point lead over Innovative Motorsports/Mike’s Imports’ Teagg Hobbs while Blackmon has slipped to third – 60 points adrift. Blackmon now has his hands full trying to protect third in the title chase as he’s just 12 points ahead of Hayden Schultz and 16 ahead of GCP’s Chris Parrish.

In Mini Cup by Motul action that will take place at Pitt Race’s karting facility on Saturday afternoon, American Racing Team’s Kensei Matsudaira leads both the 110 and 160 class championships. Matsudaira is 20 points clear of Warhorse HSBK Racing Ducati New York’s Nathan Gouker in the 110 class and 36 points ahead of Atlas Speed Factory’s Jesse James Shedden in the 160 class.

Shedden, however, is in control of the 190 class as he sits 28 points ahead of Fernandez Racing’s Jayden Fernandez.

The women of the Royal Enfield Build. Train. Race. series will have their second race of the season at Pitt Race on Saturday at 12:30 p.m. with everyone trying to reel in CJ Lukacs, the Californian who easily won the opening round at BIR. Canadian Becky Goebel was second to Lukacs with Minnesotan Trisha Dahl third in her home race.

Supersport Championship points leader Sean Dylan Kelly has fond memories of Pitt Race as it was the site of the first two wins of his MotoAmerica career in 2019. Last year, however, Kelly was beaten in both races by Richie Escalante, who went on to capture the Supersport title. Kelly was second in both races with Brandon Paasch third.

Cameron Petersen, who now races in the HONOS Superbike class, won both Stock 1000 races a year ago at Pitt Race, besting Alex Dumas in race one and Corey Alexander in race two.

In Mini Cup by Motul action a year ago at Pitt Race, Nathan Gouker, Mikey Lou Sanchez, and Rossi Moor came away with victories in the three classes.

The Supersport lap record at Pitt Race is still held by Garrett Gerloff, who now races in the World Superbike Championship. Gerloff’s fastest lap came during Q2 in 2017 when he lapped at 1:42.319.

The biggest class, entry-wise, for the Pitt Race weekend is Stock 1000 with 36 riders entered. The HONOS Superbike class has 30 entries; Supersport has 26; Junior Cup has 20; Twins Cup has 31; and Mini Cup by Motul has a total of 43 entries combined for its three classes.