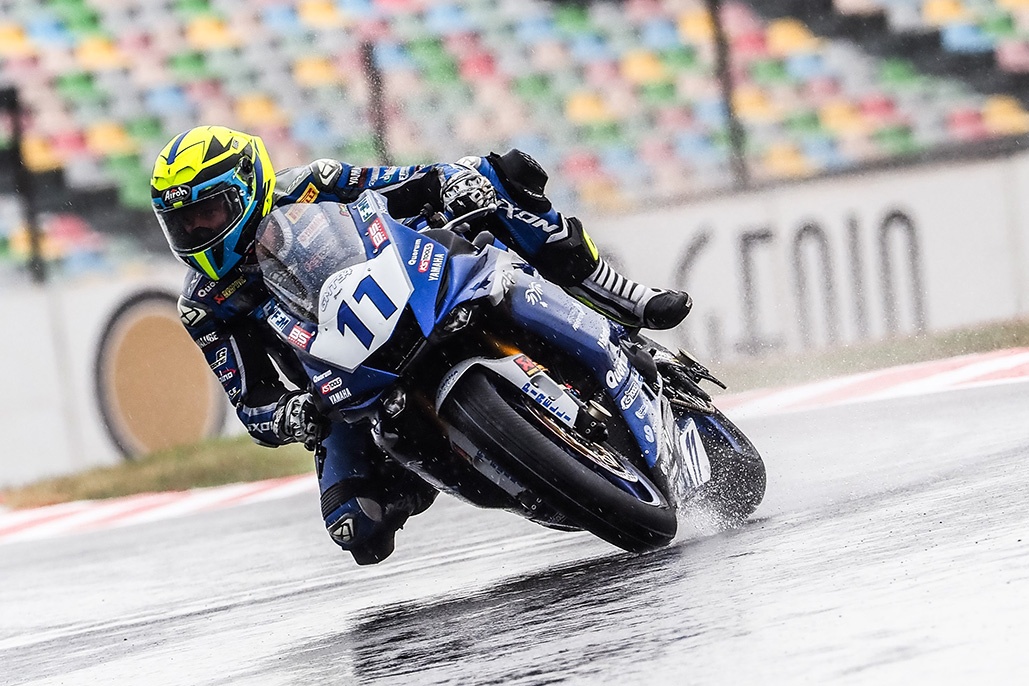 Times for the front of the field were faster in the second Free Practice session with Smith lapping the Magny-Cours circuit in 1’54.549s to go fastest after the two sessions, heading off the challenge from Lucas Mahias (Kawasaki Puccetti Racing) by nearly a second. Mahias bounced back from a crash at Turn 13 in Free Practice 1 to finished second overall for the day with the Kawasaki rider finishing just ahead of newly-crowned World Champion Andrea Locatelli (BARDAHL Evan Bros. WorldSSP Team); the Italian being pipped at the end of the second session by Smith and Mahias.

South African rider Steven Odendaal (EAB Ten Kate Racing) finished the day in fourth place, despite a crash in Free Practice 2, after a strong showing in wet conditions as he finished ahead of Kevin Manfredi (Altogoo Racing Team), with Manfredi the highest placed WorldSSP Challenge rider. Hannes Soomer (Kallio Racing) was sixth fastest overall for the day but had topped the opening Free Practice 1 session.

Galang Hendra Pratama (bLU cRU WorldSSP by MS Racing) and teammate Andy Verdoïa both suffered crashes during the day as they finished in 17th and 25th respectively, while Alejandro Ruiz Carranza (EMPERADOR Racing Team) had an off at the end of the session.