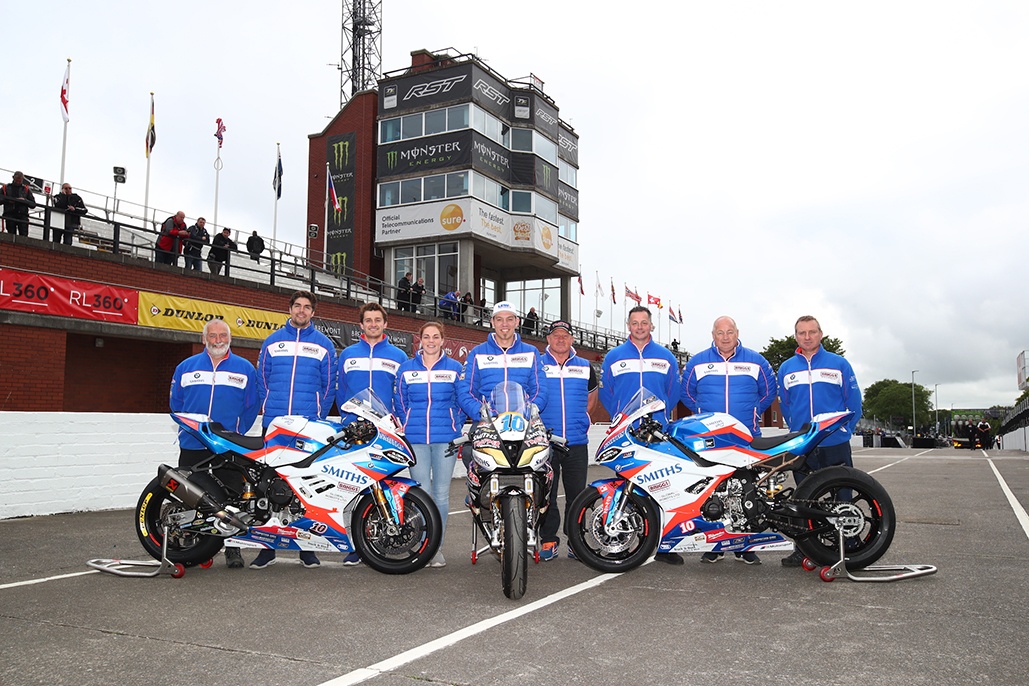 After eleven seasons as one of the most successful teams, including the past six in the Bennetts British Superbike Championship, Smiths Racing will contest their final event at Brands Hatch this weekend.

Peter Hickman will be in action in all three races aboard the Global Robots BMW S1000RR before the team ends their successful tenure in the sport.

Under the guidance of Alan Smith and his daughter Rebecca, the Gloucester-based team arrived into the British Championship paddock in 2010 and took their first podium in their debut season with Dan Cooper riding the Smiths Triumph to third place in the British Supersport race at Knockhill.

As the official Triumph factory entry, the team won their first British Supersport Championship in 2012 with Glen Richards before fellow Australian Billy McConnell took their second title in 2014 after a season long battle with teammate Graeme Gowland who finished third. The team also scored points in selected World Supersport Championship races before moving into British Superbikes in 2015 where McConnell took their debut podium at Cadwell Park.

A further seven podiums were highlighted by Peter Hickman winning a race at Thruxton in 2017 and going on to claim a Showdown spot for three successive years with a best result of fourth overall in the 2017 British Superbike Championship.

But it was on the roads that much of the team’s success came as Smiths Racing became the dominant force since making their debut at the 2014 North West 200. Their first TT win came that same year with Gary Johnson winning the Supersport TT with a further five TT wins in the hands of Hickman, including claiming the outright lap record of 135.452mph in 2018.

Hickman also won a record-breaking seven races in a weekend for Smiths at the 2019 Ulster Grand Prix, Rebecca & Alan Smithupping the lap record to 136.415mph and with other successes at the North West 200 and Macau Grand Prix, the tally stands at an impressive 21 major road race victories and multiple podiums.

Rebecca Smith, Team Owner: “We have had a wonderful experience and gained lots of fantastic memories in the British Superbike and Supersport Championships and at the TT, NW200, Ulster GP and Macau GP over the past decade or so. We have enjoyed a lot of success but now as a family and a business, we wish to concentrate our efforts in other directions. I would like to thank all of our riders, team members, sponsors, fans and organisers who have been instrumental in our successes over the years. Whilst it is the end of an era for Smiths Racing as a family owned and operated team, some elements will continue in a new guise and we wish everyone involved good luck for the future.”