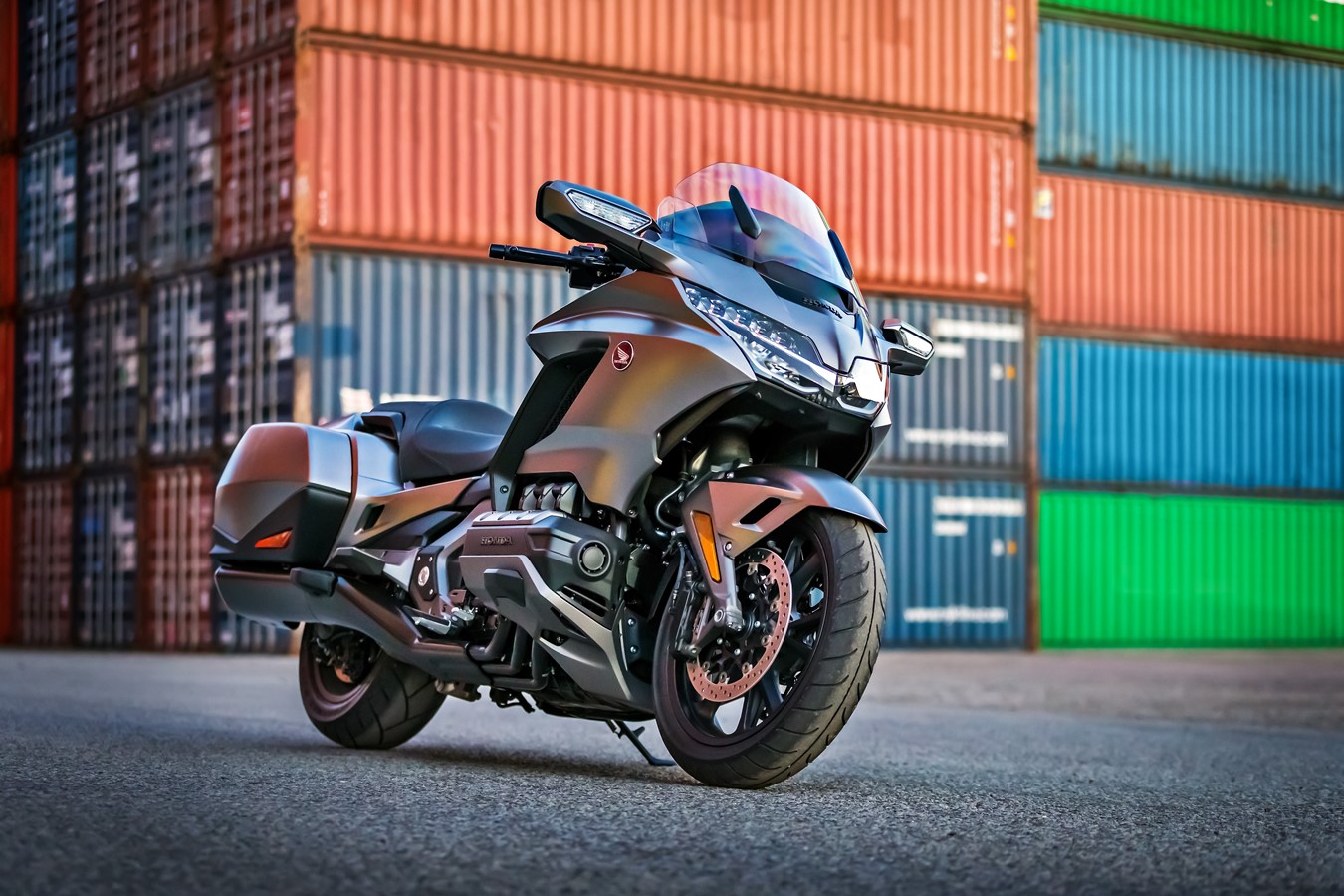 Honda UK’s dealer network is now stocked with the latest addition to the 2019 GL1800 Gold Wing line-up, which is now three-strong. Joining the Gold Wing Tour and Gold Wing Tour with DCT & Airbag, the Gold Wing is now on sale at select dealers priced from £22,229. Available in the UK for the first time, this variant broadens the appeal of the iconic tourer.

Thirteen dealers have been chosen to retail the Honda Motorcycle flagship model. Offering the highest quality service, befitting of the Gold Wing, these dealers hold a wealth of knowledge on the technological tour-de-force, which they’ll share with every buyer to ensure they enjoy the model to the maximum.

Emphasising the leading design principle on the GL1800 of taut styling, the Gold Wing takes on a sleeker form shorn of the top box/rear seat unit that’s fitted to Gold Wing Tour(s). There’s also a shorter, electric screen that creates a tighter and more compact visage, accentuating the base model’s lower-slung silhouette.

The less is more approach runs skin-deep too, with the new Gold Wing tipping the scales 48kg lighter than its predecessor. Weight savings found in both the chassis and powertrain have transformed the tourer’s handling; nimbler and more agile the Gold Wing is a better ride than ever in all environments.

Lifted from the previous model, the horizontally opposed, 1,833cc six-cylinder engine has been comprehensively overhauled. Peak power and torque outputs have risen to 125bhp and 170nm respectively. Transmitting drive to the rear wheel is a six-speed manual gearbox that’s equipped with an assist/slipper clutch that improves the quality of downshifts.

Maintaining its cutting-edge reputation the Gold Wing boasts a complete technology suite. Incorporating a myriad advanced chassis systems, such as rider modes, and a sophisticated infotainment system, that’s accessed via a 7-inch screen, it is perfectly equipped for long distance touring.

Like all brand-new Honda models, the Gold Wing can be fitted with a Datatool TraKKing Adventure GPS Tracker, free of charge, by the delivering dealer. To activate the tracking facility owners must sign-up to the £9.95 monthly subscription service. A two-year, unlimited mileage warranty and European breakdown cover are also standard issue.