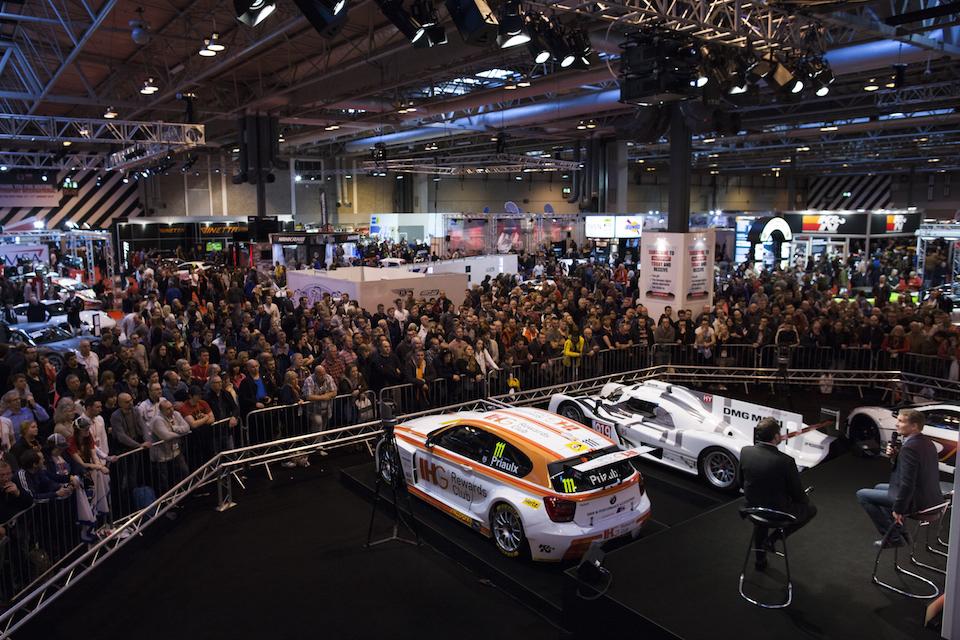 A host of motorsport champions, drivers and fans flocked to Birmingham’s NEC today to Autosport International, for their motorsport fix in advance of the 2015 season.

A 13-time F1 race winner and part of the BBC F1 broadcast team, David Coulthard has been looking back on the action-packed 2014 season and sharing his views on the season ahead.

“2014 was a massive year for British motorsport with Lewis Hamilton bringing home the Formula 1 world title, and Autosport International is the perfect place to celebrate the year’s successes with the fans,” said Coulthard.

“With so many in attendance there has been a real buzz in the air and I’m looking forward to another big day tomorrow.”

Davidson celebrated his 2014 title with fans, giving an inside scoop on a phenomenal season and officially opening the show with Britain’s most-successful sportscar driver of the modern era, three-time 24 Hours of Le Mans winner Allan McNish.

“The support from fans in 2014 was a vital part of what was a truly incredible year and it’s been great to get the opportunity to meet so many of them here at Autosport International. It’s been a fantastic way to start what’s hopefully another successful year in 2015,” Davidson said.

Autosport International hosts exclusive launches and displays spanning every aspect of motorsport across more than 700 exhibitors, as well as a stunning array of high-octane favourites in the motoring’s Performance Car Show presented by Landsail Tyres in association with Autocar and PistonHeads.com. At the 5,000-capacity Live Action Arena, the UKs largest indoor racetrack, fans can attend 70-minute shows packed with live racing, stunts and celebrity appearances.

Tickets for the final day at the National Exhibition Centre, Birmingham are available on the door. Advanced adult tickets cost £32, with children’s tickets priced at £21 (children under five years of age go free)