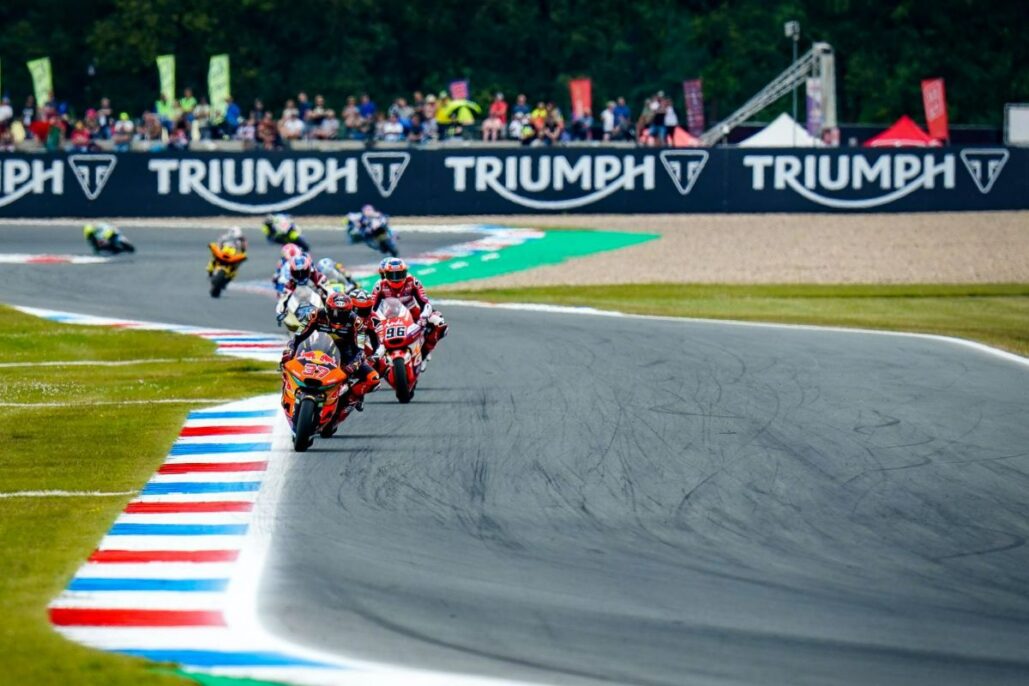 With Vietti and Fernandez equal on points and Ogura only trailing by one, it’s back to square one at Silverstone – in the best way

There was a runaway favourite at the start of the 2022 Moto2™ title fight as Celestino Vietti (Mooney VR46 Racing Team) pulled out some margin, but plenty has happened since then to give us an almost clean slate at the front of the Championship. Augusto Fernandez (Red Bull KTM Ajo) has clawed his way back from a tougher start to equal Vietti on points, and Ai Ogura (Idemitsu Honda Team Asia) has become a Grand Prix winner and a serious contender as he’s only a further point in arrears. So what will Silverstone bring as the second half of the season gets in gear?

The three will surely be in the fight at the front once again, but Fernandez is likely the favourite as a former winner at the venue in Moto2™. They’re also unlikely to be in a three-horse race, with plenty of contenders aiming for the podium. Aron Canet (Flexbox HP 40) is the first looking to usurp all three as he’ll be back in action after a tumultuous rollercoaster of injury, incredible rides through the pain barrier and then more health struggles, and he’s also still looking for that maiden Moto2™ win after having come very, very close. Pedro Acosta (Red Bull KTM Ajo) will also likely be back from injury and has already taken that first win in the class, so it’ll be interesting to see where he slots back in…

Then there are the home heroes. Sam Lowes (Elf Marc VDS Racing Team) has had an up and down season so far, but has a wealth of experience at Silverstone despite it not always rewarding him big. Jake Dixon (GASGAS Aspar Team), meanwhile, is arguably the Brit with the momentum after a podium at Assen – his second in Grand Prix racing – and will be all-out on home turf to at least take home the same. Can they get their elbows out at the front? There’s also a wildcard for Rory Skinner with American Racing as the BSB rider follows in those Dixon-treaded footsteps for the first time.

There have been some truly stunning races this season in Moto2™, and Silverstone could well promise another. Make sure to tune in as the second half begins, with the intermediate class out last at Silverstone at 14:30 (GMT +1).