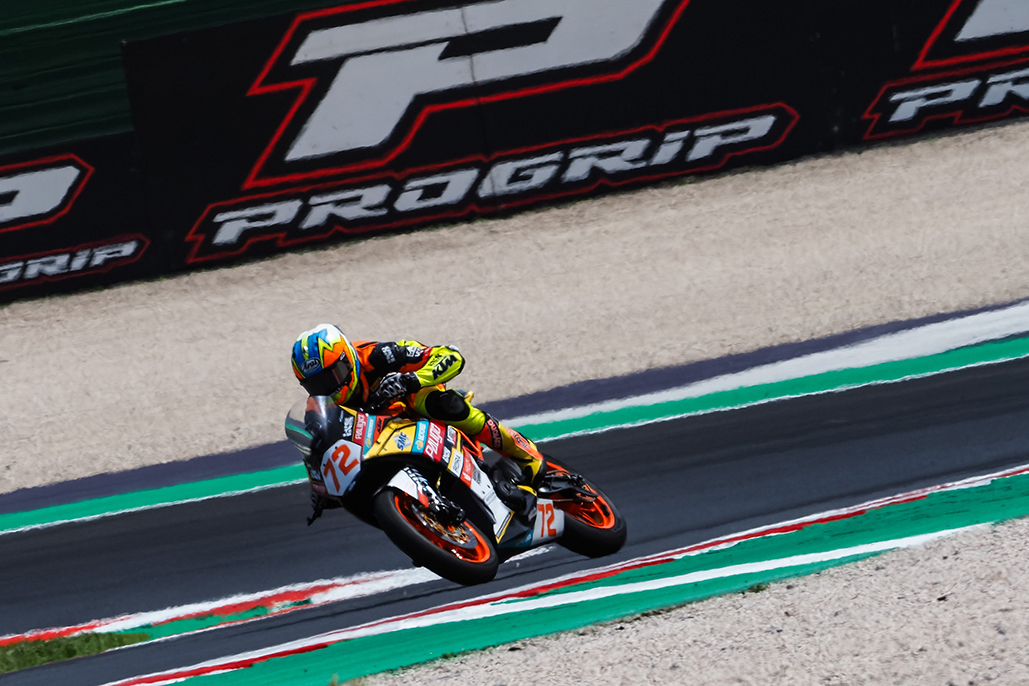 The Dutchman is the sole KTM rider in the field in 2021 but was able to claim top spot as all three manufacturers featured in the top three.

The FIM Supersport 300 World Championship action continued into Friday afternoon with the second practice session for the Pirelli Made in Italy Emilia-Romagna Round at the Misano World Circuit “Marco Simoncelli” with Dutchman Victor Steeman (Freudenberg KTM WorldSSP Team) topping the timesheets after Friday’s two practice sessions.

As usual in WorldSSP300, it was a close-run affair with 19 riders within a second of Steeman’s time after the Dutchman posted a 1’50.088s to go fastest of the 43 riders taking part at Misano. Steeman’s time was just over a tenth clear of Bruno Ieraci (Machado CAME SBK) with the Italian’s session being disrupted toward the end of Free Practice 2 for a technical check on his bike. Adrian Huertas (MTM Kawasaki) was the lead runner for the reigning Teams’ champions with third place, showing strong pace throughout both sessions on Friday.

Tom Booth-Amos (Fusport – RT Motorsports by SKM Kawasaki) had topped the morning session by the barest of margins and continued his strong showing with fourth place in the combined standings, ahead of Huge De Cancellis (Prodina Team WorldSSP300); the two finished first and second in the morning session and fourth and fifth overall. Meikon Kawakami (AD78 Team Brasil by MS Racing) completed the top six after a fourth-place showing in Free Practice 1, six tenths slower than Steeman’s fastest time.

Vincente Perez Selfa (Machado CAME SBK) was in seventh place, a tenth away from Kawakami, with Samuel di Sora (Leader Team Flembbo) in eighth place. Reigning Champion Jeffrey Buis (MTM Kawasaki) was in ninth place with Bahattin Sofuoglu (Biblion Yamaha Motoxracing) in tenth overall, despite losing most of the afternoon’s 30-minute session after he crashed at Turn 16.