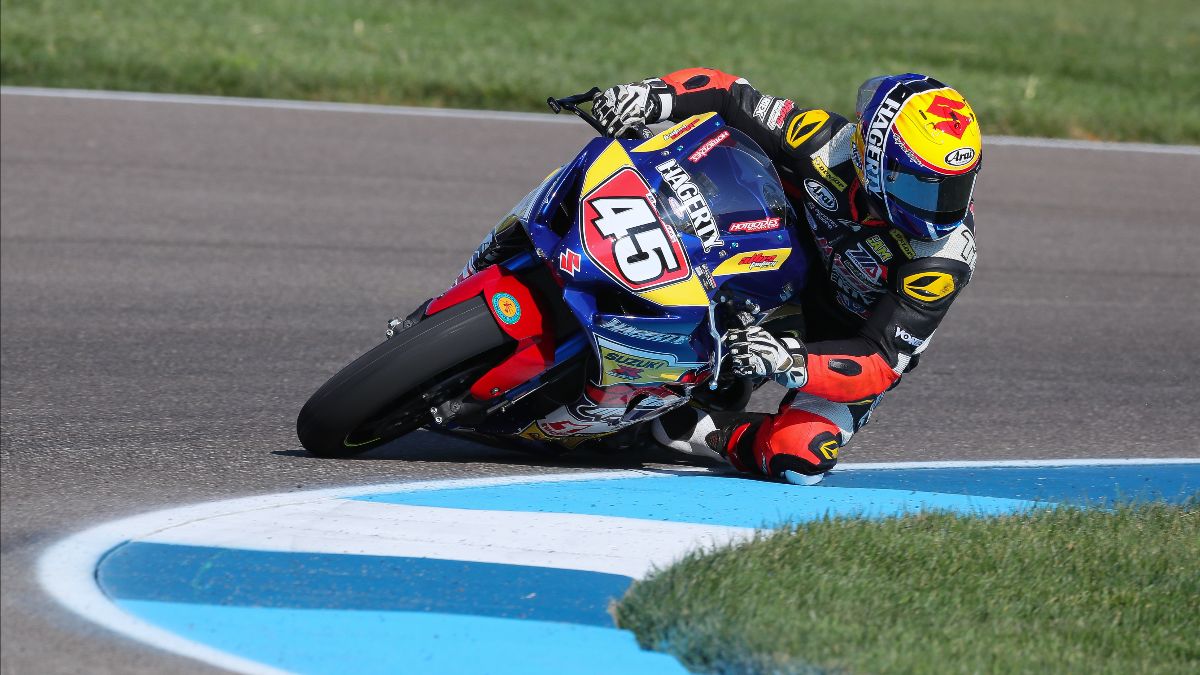 Petersen Vs. Wyman For All The Marbles.

The rider on top of the heap is Cameron Petersen, the Altus Motorsports Suzuki rider who clinched the Stock 1000 Championship at the last round at Indianapolis. The South African is 36 points clear of Travis Wyman Racing’s Travis Wyman with plenty of points still available in the final round of the series this coming weekend as there are three HONOS Superbike races on the schedule. Third place is held by Ride HVMC Racing’s Corey Alexander, but the New Yorker mathematically can’t win the title as he’s 124 points behind Petersen.

All three of the top men, however, will make money as second place in the Cup will take home $10,000 with third collecting $5000.

Petersen has emerged from the fray as the top Superbike Cup racer on nine occasions with Wyman taking the top points haul twice in 2020. Alexander has two Superbike Cup wins to his credit. The only other rider to win in Superbike Cup was PJ Jacobsen, but he suffered an injury early in the season and missed the rest of the season.

“This was the first year for the Superbike Cup and we’re happy with how it turned out,” said MotoAmerica President Wayne Rainey. “The Cup allowed our Stock 1000 riders to gain some valuable experience in the Superbike class and it also gave our fans more action to watch as those guys had some really good battles. We’re pleased to be able to pay out $40,000 to the top three and look forward to watching them race one last time in 2020 as we head to WeatherTech Raceway Laguna Seca.”