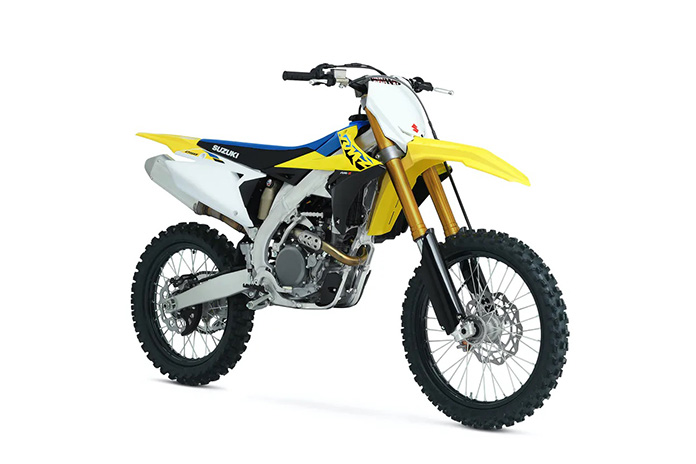 Suzuki has announced the return of the RMX450Z to its off-road range for 2014, but the multiple-championship winning enduro machine will only be available in limited numbers.

Set to arrive in showrooms from 27 January, the RMX450Z, which won the 2010 British E2 Championship and GBXC Championship in its first year of competition, uses a revised 450cc, fuel-injected four-stroke engine and features both electric and kick start, lighting kit, retuned suspension, enduro-specific gear ratios, side stand, sump guard, and an 18 inch rear wheel.

Suzuki GB General Manager Paul de Lusignan announced the return of the RMX450Z, saying, “We’re delighted to be bringing the RMX450Z back for 2014. The bike was launched to universal praise in 2010 and immediately went out and won two high profile championships in the hands of Tom Sagar, and we’re confident new customers will find out just how capable a machine it is and be impressed with how competitively priced it is, at just £5,995. Despite using the same original architecture of the highly regarded RM-Z450, the RMX450Z is anything but a converted motocrosser, with specifically retuned engine and suspension, enduro-specific gear ratios, while the 18 inch rear wheel aids in tyre choice. It’s a factory developed enduro machine.”

The RMX450Z is available in dealers from 27 January with an RRP of £5,995. For more information and to find your local dealer, visit www.suzuki-gb.co.uk