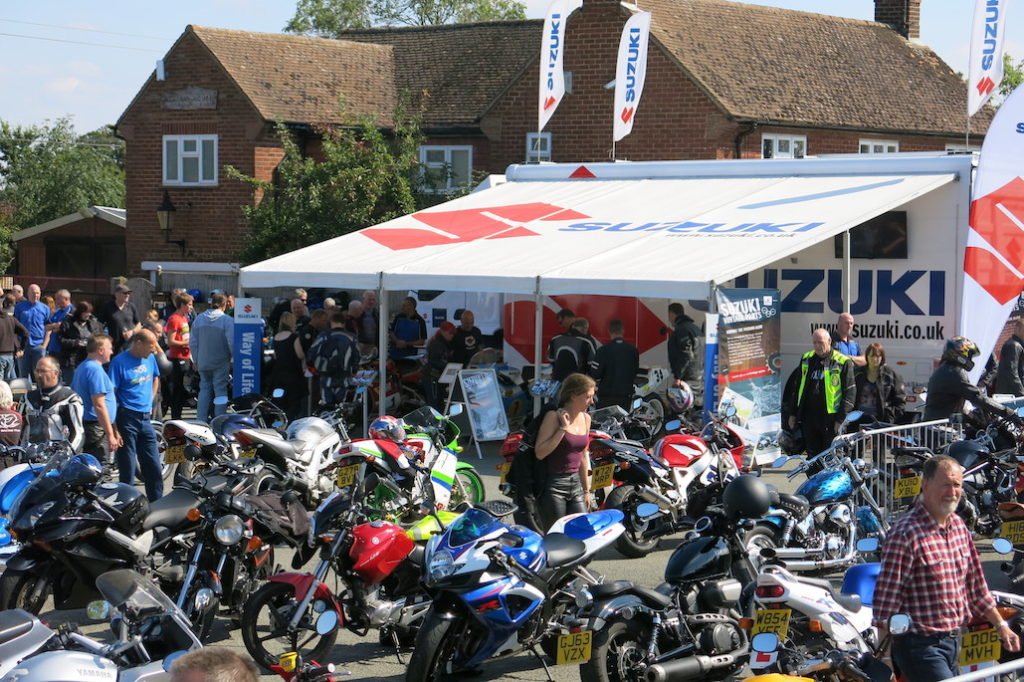 Suzuki is bringing the new SV650 and its fleet of test ride machines to a number of popular biker haunts this summer, as its café demo days return for 2016, starting with a double-header at Loomies café on May 7-8.

Following a survey on social media that invited users to recommend their favourite biker cafés, 2016 sees eight events on the calendar – including a number of double-header weekends – meaning there are even more opportunities to test ride a new Suzuki this year.

Rob Cooper, Suzuki GB Marketing Manager, announced the dates, saying, “Our biker café days are now entering their third year, following two really popular years in 2014 and 2015. While many still head to dealerships to take test rides, our café days mean we’re also taking bikes to people who maybe haven’t considered one yet. But by putting the bikes in front of them at their favorite biker café and having people from our team on hand to talk about them, we’re making it even easier for them to try one. Especially as we have added a greater range of bikes this year. There are few places better to stop at on a ride out than a good biker café, and we’re looking forward to getting on the road and visiting as many as we can.”

Confirmed dates for 2016 include:

For more information or to register for a test ride online, click here.