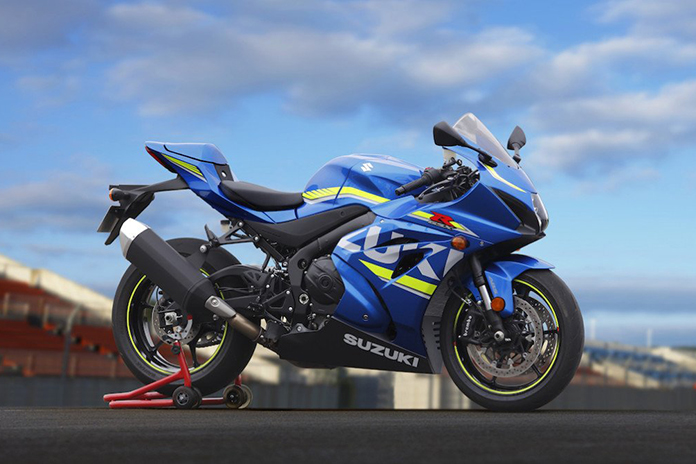 The new GSX-R1000 concept model will take centre stage at this year’s MCN London Motorcycle Show, which takes place at the ExCeL centre from 12-14 February.

Also unveiled in Milan and on display at the London Motorcycle Show is the new SV650, which is lighter and more powerful than Suzuki’s previous offering in the mid-capacity naked market. The new SV is sportier with sharper steering and a punchy, V-twin engine packed with character. The new VanVan 200 will also feature on Suzuki’s stand.

The full stable of GSX-R machinery for 2016 will be displayed in a mixture of the MotoGP livery and the commemorative 30th anniversary paint scheme, plus the original GSX-R750F that was restored over the course of Motorcycle Live will also be on display. Other models on display from Suzuki’s 2016 model range include the GSX-S1000 and GSX-S1000F, GSR750, V-Strom 1000 and V-Strom 650XT, Burgman 650 Executive, Hayabusa, Address 110, Inazuma 250F, and the Intruder M1800RBZ.

The Team Classic Suzuki XR69, which is sponsored by Suzuki GB’s Vintage Parts Programme and will be raced by both Michael Dunlop and Lee Johnston at this year’s Classic TT on the Isle of Man, will also feature on the Suzuki stand for the duration of the show.

Suzuki GB Marketing Manager, Rob Cooper, said, “The MCN London Motorcycle Show is always a great opener to our events calendar for the year ahead. The show gets better every year and we’re delighted to be back in 2016. We’re very excited to be bringing the new GSX-R1000 with us to the event this year, after a lot of popularity at Motorcycle Live last year, as well as the new SV650 and VanVan 200 that will join our range this year. The original GSX-R750 and XR69 race bike also add some extra attractions to our stand and really highlight our heritage in inline-four cylinder sports bikes. We’re looking forward to welcoming visitors onto our stand.”

Suzuki can be found on stand M90, and will have information available for all of the bikes on display, as well as on the 0% APR representative finance offer currently available. Suzuki’s current campaign covers almost all of its range, with agreements available for 24 to 48 month terms, depending on the model chosen.

The London Motorcycle Show runs from 12-14 February, 2016, at the ExCeL in London. For further show information visit http://www.mcnmotorcycleshow.com