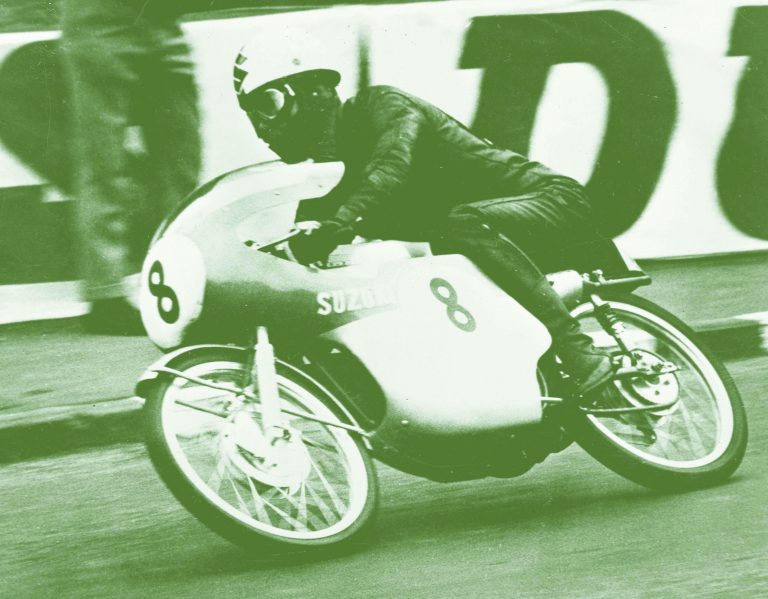 Mitsuo Ito, the first and only Japanese rider to win at the Isle of Man TT, has passed away at the age of 82.

Born on 1 January, 1937, Ito san was a lifelong Suzuki employee and made his Grand Prix debut in 1961. Two years later he won the Ultra-Lightweight TT on his Suzuki RK67, and he remains the only Japanese rider to win around the famous 37.73-mile course. In 2008 he returned to the Isle of Man with Suzuki GB to celebrate his achievements.

During his own racing career he finished fifth in the 50cc world championship four times in consecutive years, between 1962 and 1965. His final win, fittingly, came at the Japanese Grand Prix in 1967.

Following his retirement from competition he continued to work on Suzuki’s racing activities – including a brief foray in car racing – working with both the machines and personnel, including the 1993 world champion Kevin Schwantz.

After his experiences at the Isle of Man TT, he also helped design Suzuki’s famous Ryuyo test track, where all new Suzuki machines are still tested and developed today.
He was inducted into the Motorcycle Federation of Japan (MFJ) Motorcycle Sport Hall of Fame last December for his achievement at the 1963 Isle of Man TT.

Suzuki GB director, Paul de Lusignan commented, “It was an absolute pleasure to know and spend time with Ito san. He had time for everybody, and made an effort to get to know and speak with dealers and staff alike during his visits to Suzuki GB and on our trip to the Isle of Man together in 2008. He was also very warm and welcoming when I had the pleasure of visiting his home in Japan. He was very highly thought of by everyone at Suzuki, and also members of the media throughout the years who had the good fortune to meet and work with him. All of our thoughts are with his friends and family at this time.”
Mitsuo Ito’s funeral will take place on Saturday in Hamamatsu, Japan.