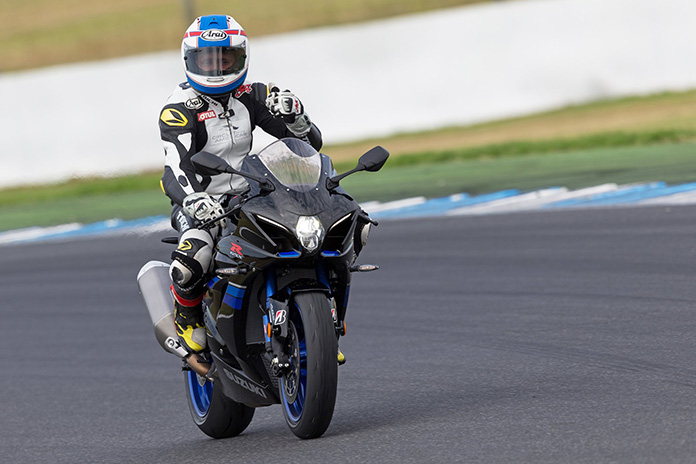 Suzuki is giving fans the chance to ride to the British Grand Prix with Kevin Schwantz on Friday 25 August, as the 1993 500cc Grand Prix world champion makes his way to the Silverstone circuit for the weekend’s action.

Schwantz will be at the Super Sausage cafe on the A5 near Towcester for a typical English breakfast from 8:30am, before riding on to the British round of the 2017 MotoGP season at Silverstone at 9am, where Suzuki will have a dedicated bike park.

While at the Grand Prix, fan-favourite Schwantz will spend plenty of time on the Suzuki display stand, meeting fans and signing autographs, as well as firing up his world championship-winning RGV500 at various points throughout the weekend.

The Texan, who is officially a MotoGP legend, will also enjoy the MotoGP race from the Suzuki fan stand – with tickets still available – which will be located on the outside of Copse corner.

Kevin Schwantz, “I’m looking forward to attending the British Grand Prix at Silverstone and watching some good racing from the Suzuki stand. The British fans were always among the best, so it’s going to be great to see everyone and also to get to ride to the track on Friday together. And being reunited with some of my old race bikes which are still here in England and firing them up will be quite special as well; there is nothing like the sound of a two-stroke.”