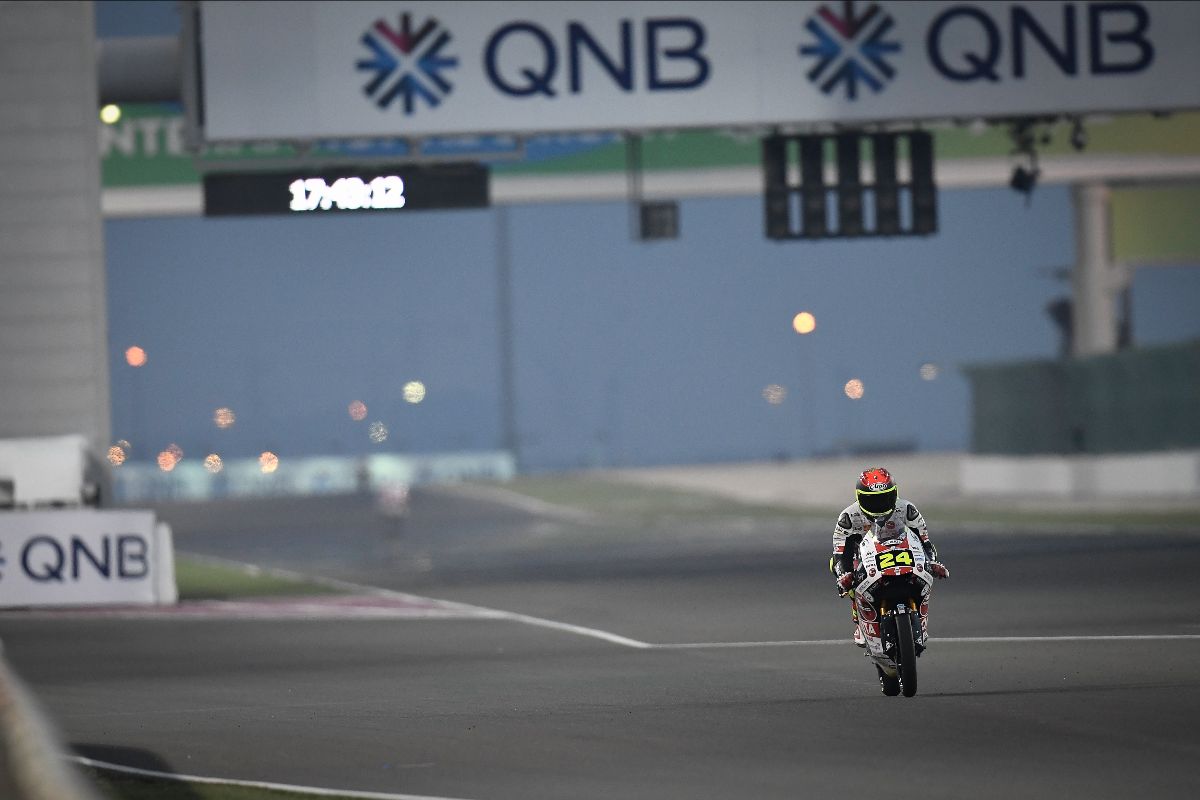 There were a few nerves late on for Tatsuki Suzuki in qualifying at the QNB Grand Prix of Qatar, but the SIC58 Squadra Corse rider nevertheless took his second career pole position as he ended Q2 0.008 ahead of Friday’s fastest man Raul Fernandez (Red Bull KTM Ajo) – and after coming through Q1. It’s also despite the Japanese rider missing the chance at a final flying lap due to a delay getting out, the number 24 left to wait and see if anyone could beat his best. Fernandez tried and only just came up short, with fellow KTM rider Albert Arenas (Aspar Team Gaviota) completing the top three after, like the polesitter, coming through Q1.

The only man to then beat it was Suzuki as the number 24 took over at the top, and that was actually the battle over – but the tension remained to the wire. He wouldn’t take part however, as he failed to make it back out and over the line as the grid thundered around for a final push…

Fernandez made his leap up the timesheets, Arenas likewise, but Suzuki would remain in the clear for his second pole. CIP Green Power’s Darryn Binder lost out slightly as he was the man pushed back off the front row to fourth, with the first fastest man in the session, Ai Ogura, slotting into fifth. Leopard Racing’s Jaume Masia completes the second row.

With the top 14 separated by just seven-tenths of a second, tomorrow’s season-opening Moto3™ race looks like being another classic under the lights. However, everyone on the grid will be wary of the fact that the last, and only, time Suzuki sat on pole position at Misano last year, he went on to win the Grand Prix. Don’t miss the 18-lap epic at 14:20 (GMT+3) local time on Sunday.