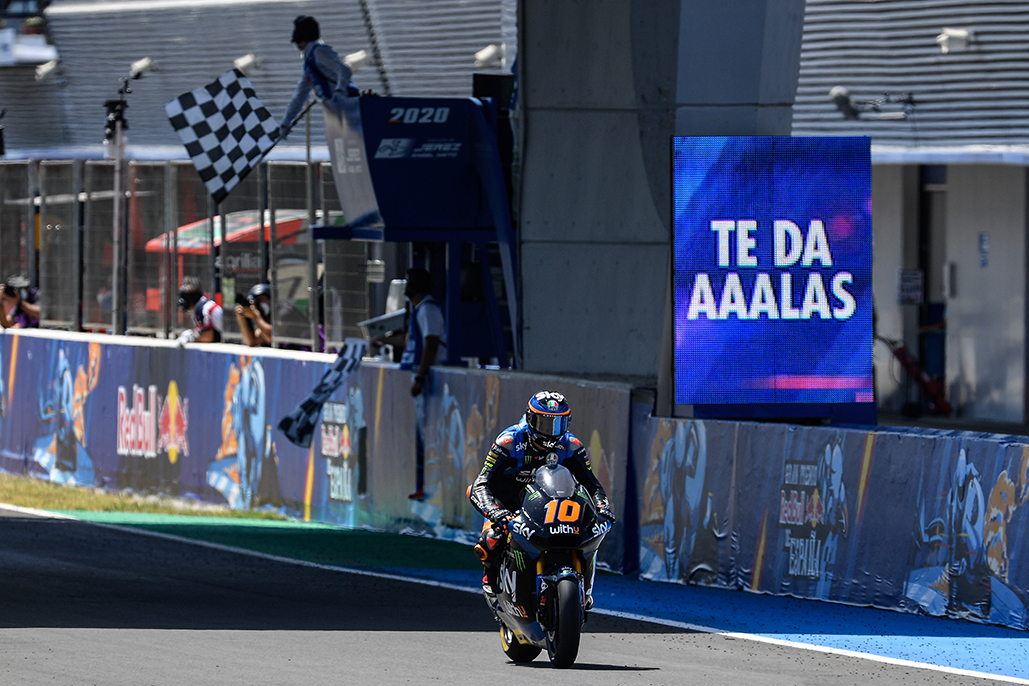 Marini was ultimately able to keep his hold on the Spanish GP. But can he double down?

Luca Marini (Sky Racing Team VR46) saw his practice pace end up in a 0 in Qatar, but the Italian had no such trouble in the Spanish GP. From fastest on Friday to the top step on Sunday, Marini certainly laid down a gauntlet in the second round of the season. Now of course, we race the Circuito de Jerez-Angel Nieto once more… so it stands to reason he’ll be looking to do the exact same again.

He didn’t have it all his own way, however. Tetsuta Nagashima (Red Bull KTM Ajo) was on a charge to catch the escaped Italian at the front, and although he couldn’t quite hang in there for the latter laps of the race, his second place boosts his Championship advantage from five points to 17 – very much showing Qatar was no one off. Can he use more track time at the venue to cut down Marini’s advantage? And can his teammate, polesitter Jorge Martin, get further in the mix on Sunday too? With the weather looking similar as it stands, the Red Bull KTM Ajo squad will most definitely be focused on refining setups and pouring over the data before we get back in the ring.

Sam Lowes (EG 0,0 Marc VDS) could be another to watch. The Brit went from the front row to fourth as he came back from injury, and he’s won at the venue before. A race under his belt bodes well for what’s actually his second round of the season. Aron Canet (Openbank Aspar Team Moto2) was another who impressed as the rookie was once again up there, taking fifth and finishing just ahead of a nevertheless solid ride to sixth for teammate Hafizh Syahrin as he re-adapts to the class on his return from MotoGP™, and both, with more data and time on the Speed Up, could be up for a move forward.

Lorenzo Baldassarri (Flexbox HP 40) will want more second time around after he took solid points but didn’t manage to complete a hat-trick of Jerez wins in a row as well, and the likes of Jorge Navarro (Beta Tools Speed Up), Marco Bezzecchi (Sky Racing Team VR46), Tom Lüthi (Liqui Moly Intact GP) and his teammate Marcel Schrötter all took home 0 from the first race weekend in Jerez – all of whom have either great CVs or serious pace in 2020 so far despite the blip…