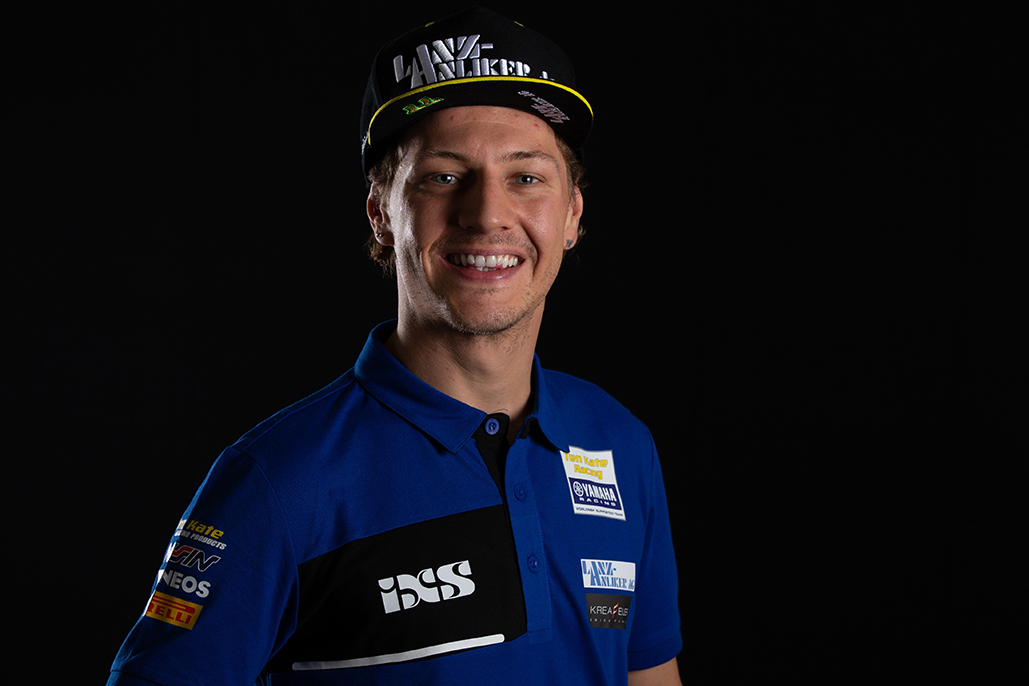 Having enjoyed 14 years of Grand Prix motorcycle racing experience, Ten Kate Yamaha WorldSSP Team’s Dominique Aegerter isn’t what you would call a typical FIM Supersport World Championship rookie. The Swiss ace has found success in almost every category he’s contested and is targeting even more in his first year on the proven Yamaha R6 bike.

Aegerter first arrived on the world stage in 2006, riding in the final two rounds of the 125cc World Championship at Estoril and Valencia. The then 16-year-old earned a full-time ride in the class for 2007, becoming a consistent top 10 finisher, before stepping up to Moto2 in 2010.

Over the next 10 seasons, Aegerter would claim seven podium finishes, taking victory at the 2014 German Grand Prix and twice finished fifth in the championship. In 2020, the Rohrbach-born rider joined the MotoE World Cup grid and demonstrated his ability to quickly adapt to new machinery by scoring four podium finishes in the opening four races, including two victories at Jerez and Misano, and eventually claimed third in the standings.

It was during that season that Aegerter looked to WorldSSP for 2021, and when an option to join the Ten Kate Yamaha WorldSSP Team became available, the 30-year-old jumped at the opportunity to be a part of the team that took nine riders’ crowns between 2002 and 2014.

“I was already thinking last year about joining the WorldSSP grid,” Aegerter said. “I was looking at what the best option would be, to show my potential and also just to have fun racing. The goal is to try and be on top and be up there with the best supersport riders. To set the goal now is very difficult because I don’t know how my riding style will fit the bike, but in my head I do have some high aims and will try to achieve them.

“It’s also great to be joining the grid with a team that boasts a huge amount of success in this category. I’ve visited the Ten Kate Yamaha factory in the Netherlands, they give me a good feeling and confidence, and I’m very motivated to be a part of this championship-winning team.

“I will be doing both MotoE and WorldSSP this year, and I’ll also be a third rider in Moto3, so it’s quite a busy season ahead! I think on the physical side there should be no problem with this, but the more difficult part is to switch between the two bikes, adjusting my riding style throughout and making sure I maximise every weekend.”

Although two-time Suzuka 8 Hours podium-finisher Aegerter is yet to run the class-leading Yamaha R6, his success and experience across a variety of bikes and knowledge of the competition, having raced against the likes of GMT94 Yamaha WorldSSP Supported Team’s Jules Cluzel and Evan Bros Yamaha WorldSSP Supported Team’s new signing Steven Odendaal, will prove to be vital in his bid to challenge for consistent podiums and wins.

“I’ve raced a lot of riders who I’ll be going up against next year, like Jules Cluzel and Raffaele De Rosa, so I know the competition quite well,” Aegerter said. “I will be a rookie of this category, but I have a lot of experience with 125cc and Moto2 on many different bikes and manufacturers. Also, in the Suzuka 8 Hours I have raced some bigger bikes, so overall I feel quite confident of being able to adapt.

“I’m really looking forward to riding the Yamaha R6. I’ve only ridden the street version once or twice for training. It’s difficult to say what challenges I may face on the new bike, it’s always tough to be faster than anyone else, whatever the championship is. I’m ready for it though and I’ve had a good winter so far.

“It’s nice to be back in Spain again for training, but with the pandemic the situation is still a little more complicated. I’m probably more on the bicycle and running than in previous years because of the restrictions not allowing us to train in the gym. It’s a change, but I do feel well prepared ahead of the new challenge.”