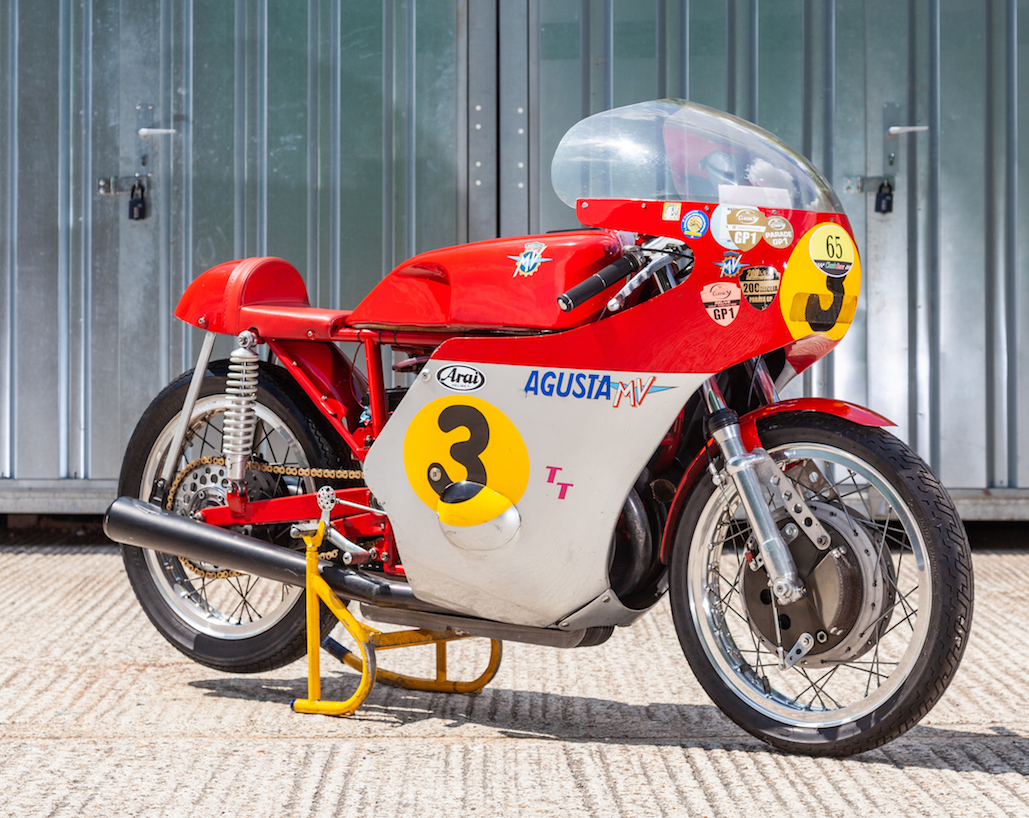 The inaugural Devitt MCN Ally Pally Show is set to take over Alexandra Palace next week (22-23) in an explosion of acceleration with the world’s only indoor Supersprint. With a unique line-up of two-wheeled exotica, a  star-studded line up of famous riders and over 75 rare machines going under the hammer with Bonhams, including an MV Agusta expected to fetch over £250,000, the two day event will be a must visit attraction for the whole family.
Alexandra Palace is opening its doors to the sights and sounds of two wheel action next week as the Devitt MCN Ally Pally Show takes over the building and grounds. The main attraction will be the world’s only indoor Supersprint, which will be constructed specially inside the famous Great Hall and will see former World Superbike Champion and I’m A Celebrity winner Carl Fogarty going head-to-head with Isle of Man TT legend John McGuinness, Chris Walker, James Whitham and multiple World Trials Champion Dougie Lampkin over a series of biking challenges.
When these motorcycling stars are not battling it out on track, visitors will be treated to a blast of historic racing as 10 incredible machines tear down the Supersprint course in an explosion of noise. Confirmed to be firing up the strip are;
2011 FTR Moto2 Honda
2010 Forward Racing FTR GP113 (ex Claudio Corti)
2008 BSB Factory Rizla Suzuki (ex Tom Sykes)
2003 MotoGP Ducati GP3 screamer (ex Loris Capirossi)
2003 Yamaha M1 (Biaggi replica)
1998 Yamaha YZF750cc (Boost replica)
1997 Triumph Speed Triple (ex Mark Phillips)
1986 Factory Suzuki 750cc TT Superbike (Ex Andy McGladdery)
1970 Yamaha 4cyl 250cc 4 stroke prototype
1967 Honda RC181 500cc 4 cylinder (Mike Hailwood rep)
Away from the Supersprint, visitors will be able to get up close to iconic race bikes including Steve Hislop’s 1989 Isle of Man TT Honda RC30 750 V4, John McGuinness’ 2003 TT Triumph, John Reynolds 2005 Rizla Suzuki, a 1972 ex Mick Grant John Player Norton 750 as well as a 1960 Manx Norton 500cc. Alongside these, Built Magazine will be showcasing the very best of the custom and cafe racer scene with machines from Down and Out, Foundry motorcycles and Shaw Speed and Custom. Honda and Kawasaki will also be in attendance, allowing fans to see their 2018 models in the flesh.
On the Sunday, Bonhams Auction House will be bringing 75 exotic and rare motorcycles to go under the hammer, including a 1973 MV Agusta 500/3 thought to have been used by Giacomo Agostini, the most successful Grand Prix rider in history, which is expected to fetch £250,000-350,000.
Visitors will also be able to see creations by custom bike builder Allen Millyard, including his latest tribute to the Honda RC174 and the famous 4894cc ‘Flying Millyard V-Twin’. The mechanical master will also be hosting live workshops for free throughout the weekend whilst intrepid explorer Nick Sanders will be taking to the stage to tell tales from his latest adventure in Mongolia.
The family-friendly event is on sale now, with discounted tickets available online at £17 whilst children 15 and under go free with a paying adult (offer ends midnight 21st September). Tickets will be available on the door, costing £21. Visitors wanting to meet the racing celebs and to maximise their show experience can purchase a VIP ticket, allowing them to get closer to the bikes, take part in an exclusive track walk, meet the superstar riders, receive a free MCN goodie bag and enjoy 10% discount on event catering. VIP Tickets cost £30 for an adult and £15 for children.
More information can be found at www.mcnallypallyshow.co.uk