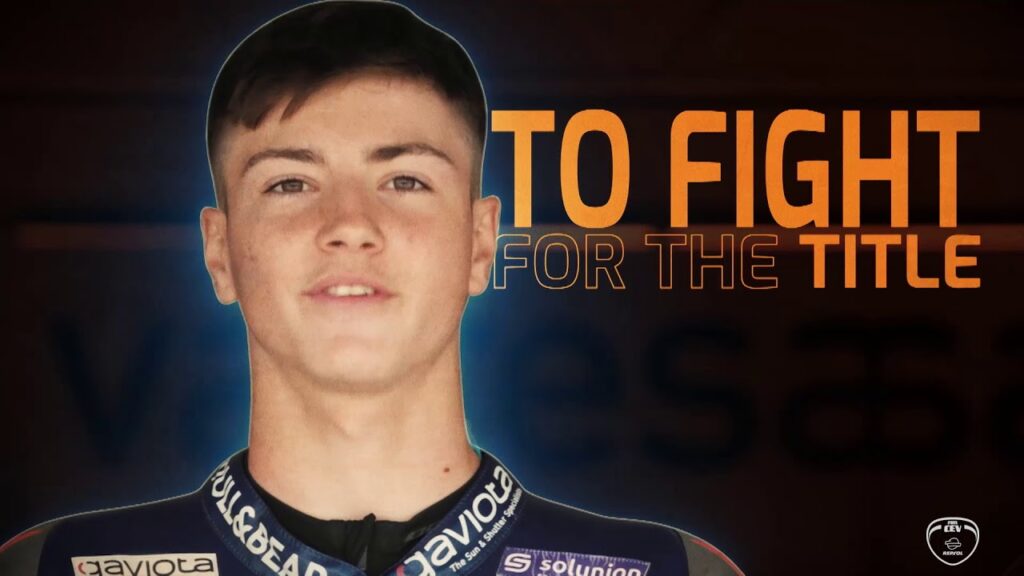 The FIM CEV Repsol heads for a final showdown in Valencia

After another incredible season in 2020, the time has almost come for the curtain to come down on competition for the FIM CEV Repsol. Two rounds remain over one final bumper weekend, with the Circuit Ricardo Tormo playing host to the title deciders. Because the crown remains on the line in each and every category, promising a showstopper of a final weekend.

In the FIM Moto3™ Junior World Championship, Xavier Artigas (Leopard Impala Junior Team) is the man in the lead heading in, but his gap has been cut significantly in recent races – not least of all thanks to a stunner of a triple threat from Izan Guevara (Openbank Aspar Team) in Aragon last time out. The rider now second overall won all three races at MotorLand and from way back on the grid, bringing him to within just 10 points of Artigas’ lead. Can he continue that form in Valencia? There are 75 points on the table in three remaining races for the FIM Moto3™ JWCh, so it’s not the tall order it once was for a late charge at the crown. Artigas has good form at the track though, not least of all a Grand Prix podium in Moto3™ as a wildcard, so it won’t be easy.

It’s far from a duel for the crown though. Jose Julian Garcia (SIC58 Squadra Corse) is 41 points off the top and Pedro Acosta (Team MT-Foundation 77) 42, so with 75 still in play, it’s anyone’s game in the top four. Daniel Holgado (Openbank Aspar Team) and David Salvador (Cuna de Campeones) could still mathematically do it too – although their deficit sits at 66 points apiece. Will six contenders remain by the time it’s the final race day of the season on Sunday? Who can take the pressure?

For the Moto2™ European Championship, the picture is a little different heading into what’s the final two races of the year but it’s still far from over. Yari Montella (Team Ciatti – Speed Up) has a 23-point lead with 50 remaining, but in Aragon his season of domination faltered – and Niki Tuuli (Team Stylobike) and Alessandro Zaccone (Promoracing) came out guns blazing to stop him taking the crown on first asking.

Tuuli is closest in second overall and is looking for his first win of the season despite a full house of podiums in 2020, but the Finn arrives from the top step in the FIM Enel MotoE™ World Cup after getting back fitness and feeling as the season goes on. He also fought right to the wire for victories at MotorLand. Two of those victories went to Zaccone and those keep him in contention for the crown, although he’s 41 down. Which is a longer shot than seems likely, but he’ll have nothing to lose. The Italian also already 56 points ahead of fourth overall, so he can’t end up outside the top three in the standings whatever happens…

It’s also 50 points left on the table in the Hawkers European Talent Cup with two races remaining. In the HETC it’s David Alonso (Openbank Aspar Team) who leads the field and he has the biggest gap of any of the contenders as the paddock arrives in Valencia; the Colombian 28 points clear. His closest rival has won the last four on the bounce though so it’s second overall Zonta van den Goorbergh (Super-B) who arrives with the momentum. He and Alonso – who won the first four races of the season – have only failed to lock out the top step between them once. If van den Goorbergh is to cut down a 28-point gap he’ll want to keep that true in the last two races too, as all the Dutchman can do is win and see how Alonso takes the pressure of homing in on the crown. Is there another twist in store?

It’s all come down to this: one circuit and two rounds over just two days will decide the 2020 Champions. Who will take to the top step and who will take the crowns? All will soon be revealed in Valencia! 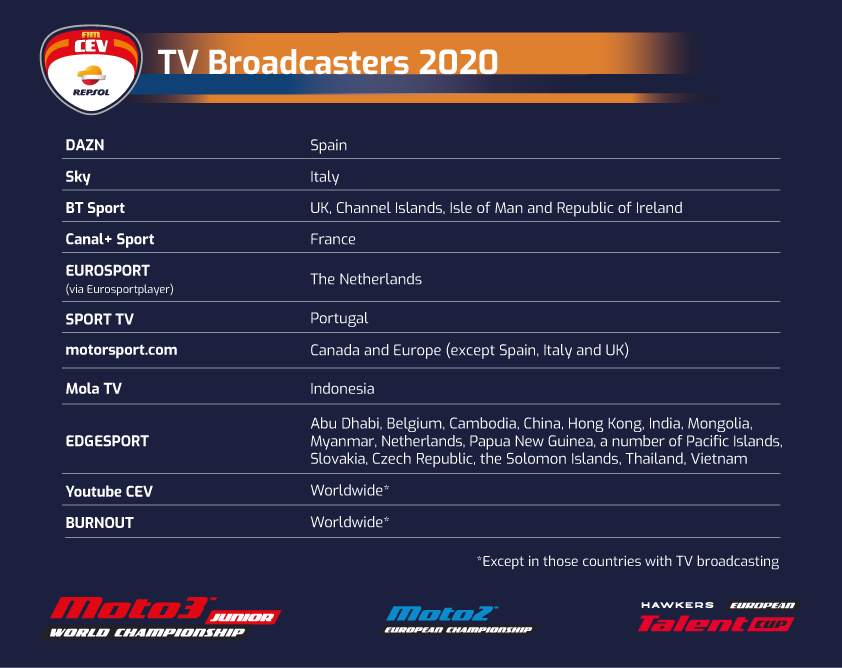