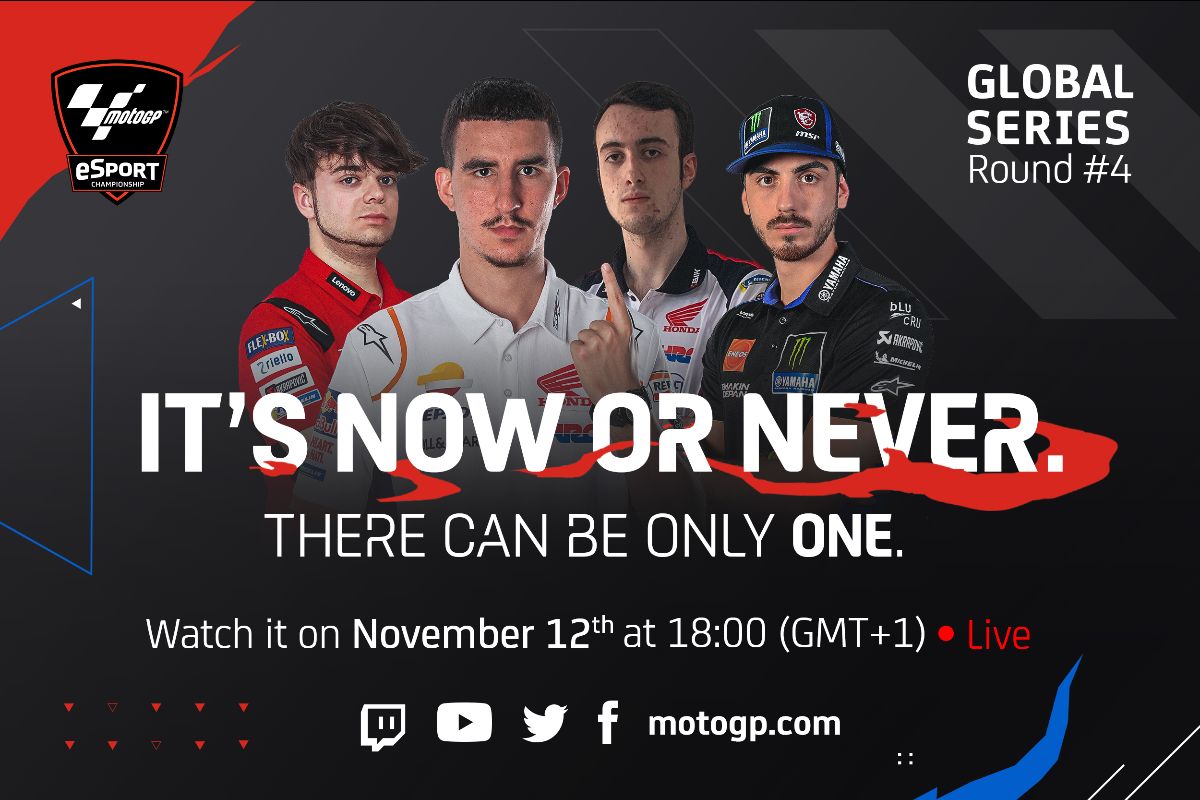 After months of online selection, online challenges, a Pro Draft and three Global Series Events, everything in the 2021 MotoGP™ eSport Championship comes down to the fabulous setting of the Circuit Ricardo Tormo alongside the MotoGP™ season finale in Valencia. The last stop for the season will decide who leaves 2021 with the crown, and there’s plenty of drama, excitement and intrigue guaranteed.

Taking place on Friday 12th November at 18:00 (GMT +1), the fourth and final round of the 2021 Global Series will see an hour and a half-long show hosted by Immy Barclay, Jack Appleyard and Jack Gorst. There, the eleven finalists will compete in the last two races of the season – around the fabulous Circuit of the Americas and the tight and twisty Circuit Ricardo Tormo – to decide the winner of this year’s Championship.

After a season of drama, excitement and surprise, four gamers are separated by just 20 points. Established names Adriaan_26, Trast73 and AndrewZh have regularly been at the front; new name PieroRicciuti55_ proved himself a genuine contender and has a shot at deposing all three former champions.

Early in the season, a total of 22 gamers (16 from Europe, 6 from the Rest of the World category) were entered into the Pro Draft Selection phase, with that then whittled down to the 11, who have been chosen by the MotoGP™ teams as their competitors in the Global Series. Those 11 hail from all around the world, creating an incredibly strong Global Series entry list. 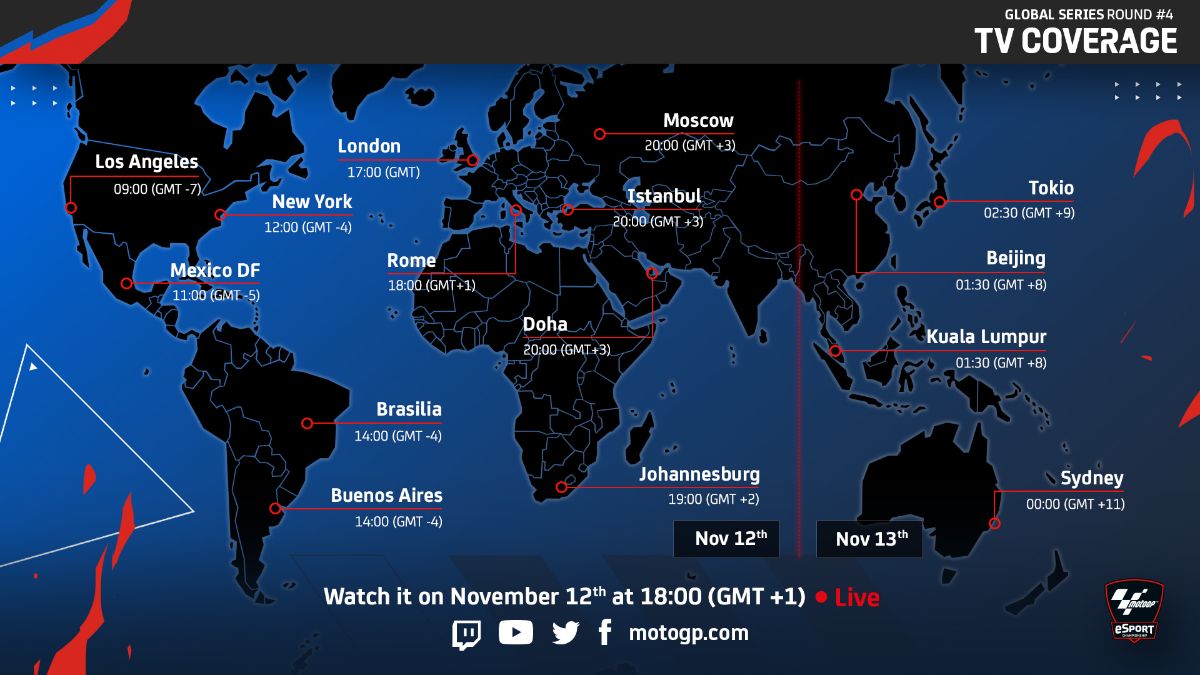 The cream of MotoGP™ eSport talent is represented by the old guard: the reigning Champion and the current Global Series leader Adriaan_26 (Repsol Honda Team), 2017 and 2018 Champion Trast73 (Monster Energy Yamaha MotoGP), as well as 2019 Champion AndrewZh (Ducati Lenovo eSport Team). But as proven in the six races so far, it will be far from easy as they face up to the new guard; the likes of PieroRicciuti55_ (LCR Honda CASTROL eSports Team), RiccardoBottaro64 (Yahoo Pramac Racing) and DarkBright (Tech 3 KTM Factory Racing).

With double points on offer in the two races held during the #ValenciaGP – so 100 in total – there are as many as seven names that can still realistically lift the crown, with Williams_Cristian (Suzuki Ecstar eSports Team), RiccardoBottaro64 (Yahoo Pramac Racing) and Jack Hammer4658 (RedBull KTM Factory Racing) still in the running.

All of them will be competing for both the Championship and some incredible prizes, including a BMW X4 M40i as first prize, provided by MotoGP™ eSport partner BMW M.