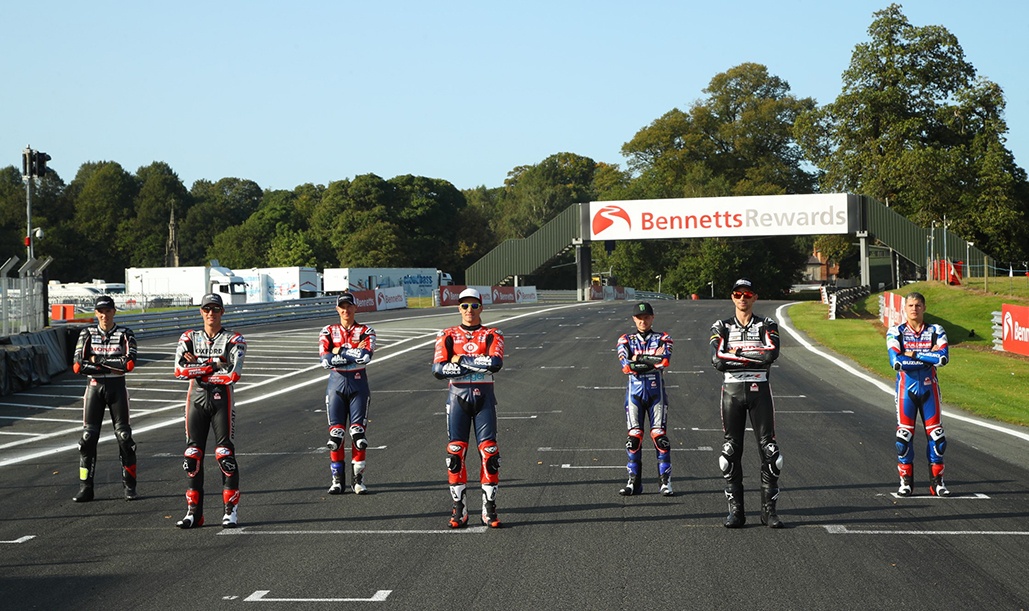 The extraordinary 2020 Bennetts British Superbike Championship, in which no fewer than seven different riders have celebrated victory, moves into its second half of the season at Oulton Park this weekend (September 18/19/20).

Kyle Ryde became the latest different race winner at Silverstone last time out, adding an exciting new element to the title fight as it moves to Cheshire. Ryde’s first series victory was followed immediately by another as he doubled up, firing the Buildbase Suzuki team back up the order in the standings into fourth place.

Ryde has his sights on the trio ahead of him now, which is currently led by Honda Racing’s Glenn Irwin, whose consistent trio of fourth places sees him remain at the top of the standings. Irwin will know, however, that the challenging Cheshire venue has traditionally been a happy hunting ground for Ducati – the Italian manufacturer’s riders winning all five races at the circuit in 2019.

Josh Brookes heads the VisionTrack Ducati team’s charge into Oulton Park and, despite sitting 35 points behind Honda’s Irwin in the table; he won three races at the track last year. The Australian, who was champion in 2015, will almost certainly be one to watch this weekend.

Tommy Bridewell is level on points with Brookes for the Oxford Products Racing Ducati team, and he too will be confident after claiming the team’s first win in the Superbike class at Oulton Park last season.

Jason O’Halloran currently completes the top five in the standings for McAMS Yamaha after three podium finishes at Silverstone as he bids to become the eighth different race winner in the most unpredictable of Bennetts BSB seasons.

Christian Iddon was a first-time race winner at Snetterton and after a tough weekend at Silverstone, he arrives at his home circuit sixth in the standings, five points ahead of Tarran Mackenzie, who returned to the top step of the podium at Silverstone for McAMS Yamaha.

Andrew Irwin will be hunting a podium return this weekend. After an impressive double win at the season opener at Donington Park, the second Honda Racing contender will feel he’s overdue a return to the rostrum after missing out at Snetterton and Silverstone.

Lee Jackson heads the Team Green challenge for the Rapid Fulfillment FS-3 Kawasaki team in ninth place in the standings as he aims for his first podium finish after a best result of fourth place so far with Bradley Ray currently completing the top ten for SYNETIQ BMW.

Glenn Irwin
(Honda Racing)
Bennetts BSB Championship leader
“It was a case at Silverstone of what I have seen Jonathan Rea talk about before; about fighting the mini battle – that was Silverstone. I feel like we didn’t win the big battle at Silverstone, but we won the mini battle. We needed our rivals to self-destruct, but they outperformed us on the day, so hats off to them.

“I consider Silverstone to be a bit unique in the way that some bikes and riders were a set above, but I don’t feel that they won’t feature again at Oulton Park. I expect Yamaha to be competitive and I have seen enough of Kyle over the first three events that he will be competitive, but I think that Oulton Park is probably Ducati’s strongest circuit, or one of them.

“It is one that Josh has gone well historically at, Christian goes well at it, Tommy has a good track record there, so for sure the pressure will be on them to maximise what I think is a round where Ducati will score really highly across the board.

“For us, I can’t change what they do – I wish I could! But we can focus on ourselves and making the best out of what the Fireblade, which I feel like we have done at every round so far.