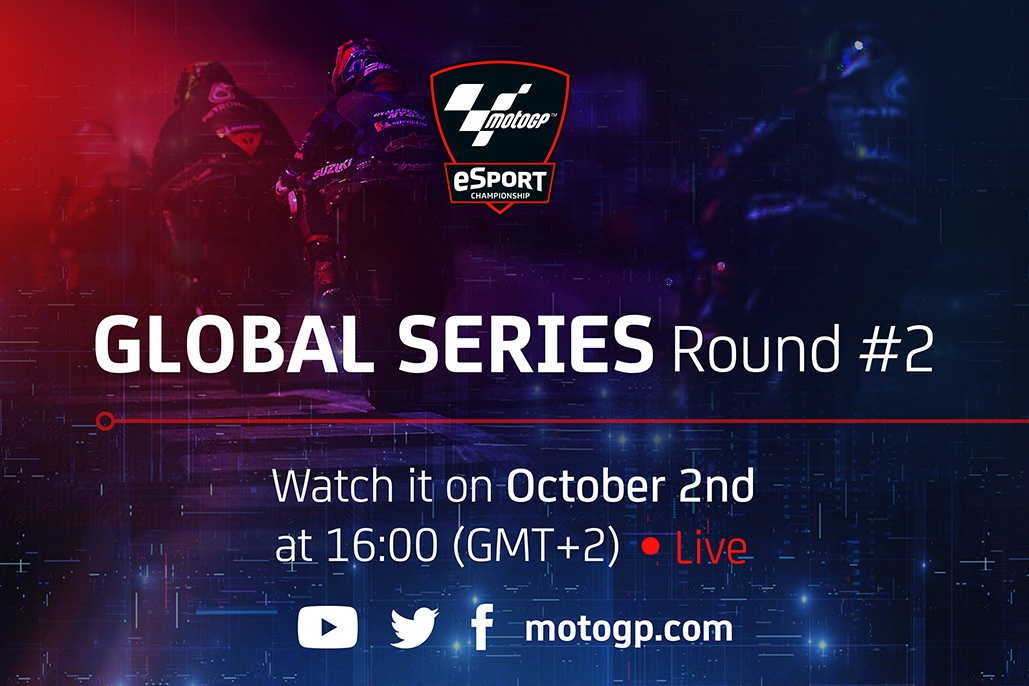 The Global Series explodes back into life with the eleven finalists attacking the Red Bull Ring and Sepang in a crucial second round.

The 2020 MotoGP™ eSport Championship is back! After an exciting first round back in July, it’s time to get back in the virtual saddle for the second round of the Global Series, now fast approaching as the lights go out on Friday the 2nd of October.

A total of 22 gamers (16 from Europe, 6 from the Rest of the World category) were entered into the Draft Selection phase, with that then whittled down to the 11 riders who have been chosen by the MotoGP™ teams as their competitors in the Global Series. Those 11 hail from Australia, Brazil, Indonesia, Italy and Spain, and each rider was selected after some stellar time-attack performances in the Online Challenges – creating an incredibly strong Global Series entry list.

They will now continue fighting it out for the crown, and there are also some incredible prizes at stake: first place takes home a BMW M235i xDrive Gran Coupé, second an Aprilia RS 125 GP replica and third a new Lenovo Legion Y730 Laptop – and there are Red Bull and MotoGP™ VIP Experiences up for grabs too, as well as a pole position prize from partner TISSOT.

The cream of MotoGP™ eSport talent is represented with the old guard – the likes of 2018 and 2019 Champion trastevere73, as well as reigning Champion AndrewZH – but they’ll be facing some new challenges from the likes of Williams_Adrian and Global Series rookie Sanshoqueen.

The first round of this year’s Global Series was a thriller with Red Bull KTM’s Williams_Adrian riding to a sensational double victory at Mugello and Jerez to establish an early lead. Trastevere73 showed all his experience to get good points on the board with a pair of second places, while impressive rookie Sanshoqueen sits third overall thanks to a podium in the second race of round one. A disappointing second race means reigning champ AndrewZH has work to do from fourth in the championship… can he turn in around in Round 2? Take a look at the standings before Round 2 here.

Due to the restrictions placed on the MotoGP™ paddock during the ongoing Covid-19 pandemic, Global Series Round two will be held virtually. Finalists will be competing from home, with the event broadcast on Friday the 2nd of October at 16:00 (GMT+2). As ever, they’ll be racing with the new official MotoGP™20 Videogame from videogame developer, publisher and longstanding partner Milestone – which is available to buy now – with both race direction and the event powered by Lenovo PCs.

The eleven finalists will take on Austria’s Red Bull Ring and the Malaysia’s Sepang International Circuit in the two races. The first will be held over ten laps, and the second over eight.