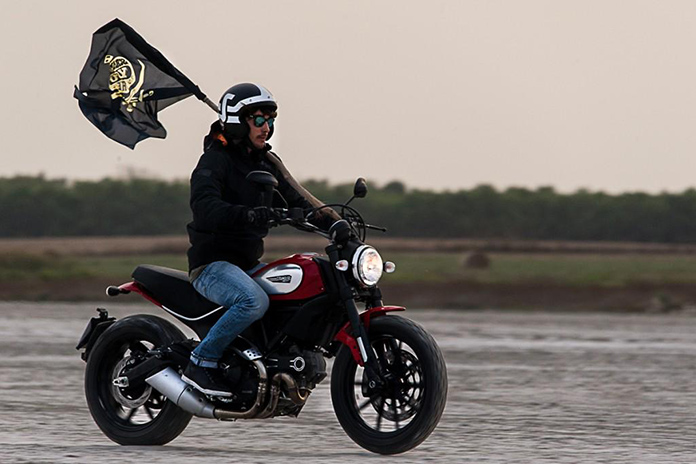 The theme of the 2015 contest is based around street culture: with a video lasting from 60 to 120 seconds, participants are invited to portray the “urban jungle” with its wall paintings, skate parks, street food, outdoor scenes, nature and bikes. Restricted to video makers of 18 years and above, the contest is open to unpublished works filmed digitally.

Contending video makers can check the rules and regulations (available in 8 languages) and can upload their videos (from July 13 through to October 20, 2015) at the www.scramblerducati.com/scrambleryouare webpage. All video clips reaching the Scrambler website are judged by the users of the portal and subsequently by a jury made up of cinema and communication specialists.

The best video designated by the official jury will win a 5000 Euros prize. A 1000 Euros prize will also be awarded to the runner up voted by the popular online jury. A contestant will also be chosen from among the finalists to work with Ducati as assistant director on the production of a short film about the Scrambler world.