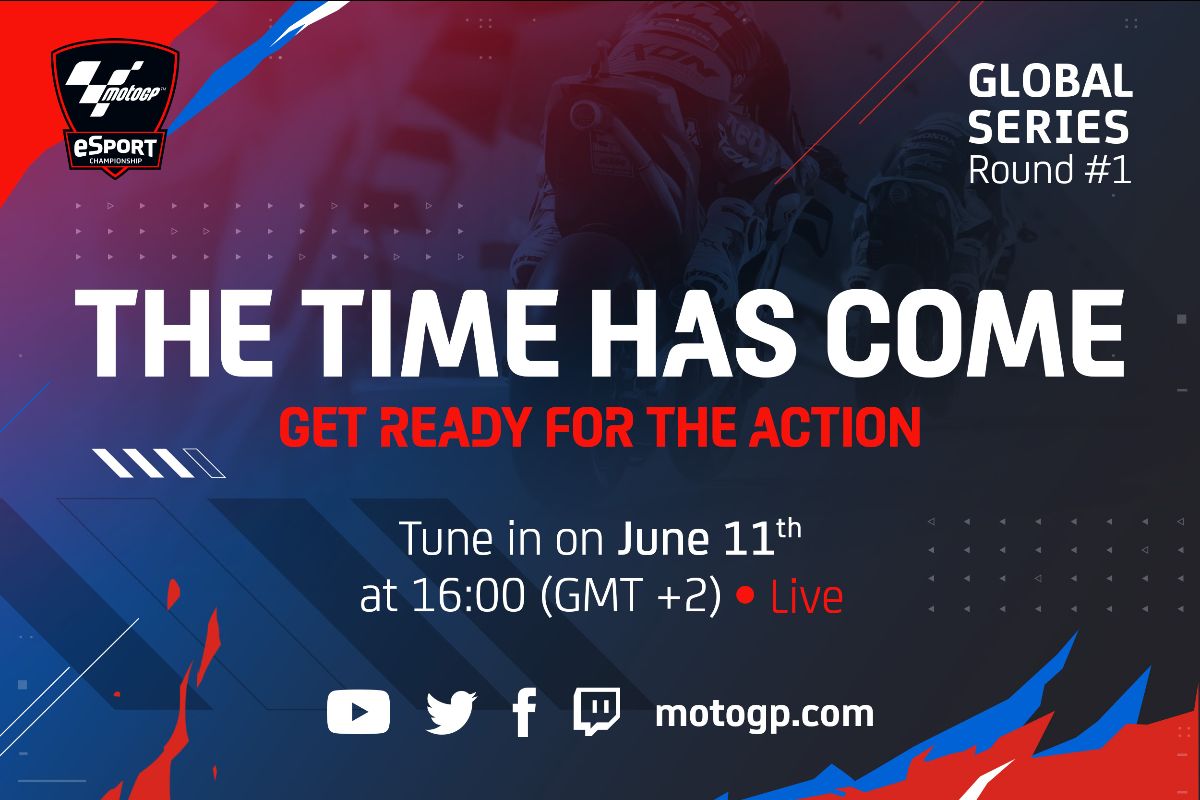 The first races towards deciding the 2021 MotoGP™ eSport Champion are about to get underway.

Kicking on from a highly successful 2020, this year marks the fifth season of the MotoGP™ eSport Championship. Recent figures show the Championship is not only increasing in size but also continuing to build its audience. Since 2017 the Championship has accumulated 80 million video views, 338 million impressions and 10.5 million engagements. 50% of those numbers are courtesy of fans between 13 and 24 years old. That, combined with 23 Online Challenges, seven on-site events plus four virtual events, make the MotoGP™ eSport Championship one of the biggest racing competitions in the gaming landscape.

A total of 25 gamers (16 from Europe, 6 from the Rest of the World and 3 coming from the 2020 Rising Stars Series) were entered into the Draft Selection phase, with that then whittled down to the 11 riders who have been chosen by the MotoGP™ teams as their competitors in the Global Series.

The 11 gladiators who will fight for the crown and the superb BMW M are coming from Australia, the UK, Indonesia, Italy and Spain, and each rider was selected after some stellar time-attack performances in the Online Challenges – creating a strong Global Series entry list of experienced names and young, exciting hopefuls looking to displace them.

All that’s left to do now is race, and the time is upon us. Round 1 of the hotly-anticipated Global Series is now ready for lift off, and will be broadcast on the 11th of June at 16:00 (GMT +2). The first event will take place online, whereas the further three will be announced at a later date and take place later in the season – with the format depending on the situation regarding the Covid-19 pandemic.

Presenters Jack Appleyard and Jack Gorst will host the hour-long show, which will begin with highlights of qualifying before the 11 riders take on two races. The first one will be held on the Algarve International Circuit and the second one will be on the Autodromo Internazionale del Mugello. The riders will be playing on the new official MotoGP™21 Videogame from videogame developer, publisher and longstanding partner Milestone with race direction and the event powered by Lenovo Legion PCs. The points system for Round 1 will mirror the MotoGP™ World Championship, with 25 points for a win.

Who will start their campaign on top? Find out on Friday the 11th of June at 16:00 (GMT +2) as the all-important stage of the 2021 MotoGP™ eSport Championship Global Series kicks off!