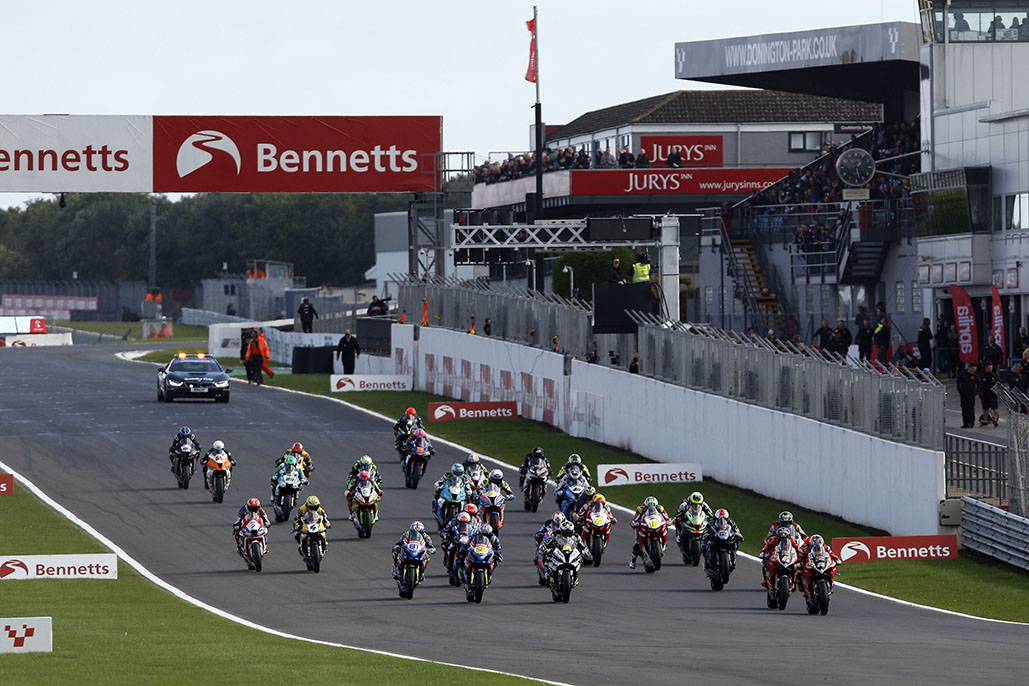 The Bennetts British Superbike Championship makes its much-anticipated return to the track this weekend (August 7/8/9) at Donington Park, 292 days after the final race of the last season, following the delay enforced by the Coronavirus pandemic.

The season finally gets underway in the East Midlands with three races, to kick off the revised schedule of six triple-header events. With no Showdown this year, this is a straight, 18-race fight for the title.

Josh Brookes, champion in 2015, missed lifting last year’s title by just five points and the Australian is back aiming to go one better with the PBM team, rebranded as VisionTrack Ducati. New recruit Christian Iddon will line up alongside Brookes, as he switches to the championship’s most successful outfit.

Tommy Bridewell was another title contender last season after forming a formidable partnership with the Oxford Products Racing Ducati team. The Devizies-based contender finished third in last year’s title race and he is hungry to emerge with the advantage after the opening three races after topping the times pre-season at the Monteblanco test.

Massingberd-Mundy Kawasaki, the official Kawasaki Superbike team for 2020, has expanded to a two-rider line-up this year, with previous race winner Danny Buchan, joined by Lee Jackson. Buchan delivered his best season to date in 2019 with fourth place finish in the standings for the FS-3 Racing run squad, whilst Jackson topped the recent official test last week at Donington Park.

McAMS Yamaha has the 2020 specification YZF-R1 at its disposal and continues with its line-up from 2019 for a second successive season. Previous race winners Jason O’Halloran and Tarran Mackenzie will arrive at the opening round confident of success in their battle for the title.

TAS Racing returns with an all-new look as SYNETIQ BMW and an exciting fresh rider pairing too in race winner Bradley Ray and former Pirelli National Superstock 1000 champion Taylor Mackenzie, as the team aims to add to its previous podium success in the series.

Rival BMW team Smiths Racing recently announced a new title partnership with Global Robots, ahead of the season opener, and Peter Hickman’s front-running tenure with the team continues. ‘Hicky’ is joined with Alex Olsen who, after making his Superbike debut last year, gets his first shot at a full season with the team.

Eyes will be on the Honda Racing team this weekend as the new Honda Racing CBR1000RR-R Fireblade SP debuts following months of development. The team has Andrew Irwin back for the 2020 season alongside brother Glenn and, with the pair both former race winners, the squad will be gearing up to take on its rivals after promising pace at the official Donington Park test.

Buildbase Suzuki is another team with an all-new line-up. Former Superstock 1000 champion Keith Farmer makes his return after his 2019 season was cut short through injury, alongside British GP2 champion Kyle Ryde, and the team will be eager to start the season in style at its home round.

OMG Racing has readied for battle with a switch to BMW over the winter. The Rich Energy OMG Racing BMW team has former MotoGP rider Héctor Barberá, who showed strong pace in pre-season testing, paired with another former race winner, Luke Mossey who remains with the team.

Another former race winner, Dan Linfoot, returns to the grid with the Santander Salt TAG Yamaha team after scoring a podium finish together last season. He teams up with reigning Quattro Group British Supersport champion Jack Kennedy as they also field the latest specification YZF-R1.

Ryan Vickers returns with the RAF Regular and Reserve Kawasaki team for their second season together following top ten finishes last year. Following in his wheel tracks, moving from the Pirelli National Superstock 600 Championship into the premier class, is 17-year-old Storm Stacey, who makes his debut with the GR Motosport team.

Joe Francis showed his pace on the Lloyd & Jones Bowker Motorrad BMW in pre-season testing, whilst Gino Rea will be making his debut on the Bike Devil Kawasaki this weekend. Josh Owens is back for a second season after success in Quattro Group British GP2, and series debutants Bjorn Estment, Brian McCormack and former British Motocross champion Graeme Irwin complete a packed grid for the #BSBrestart.