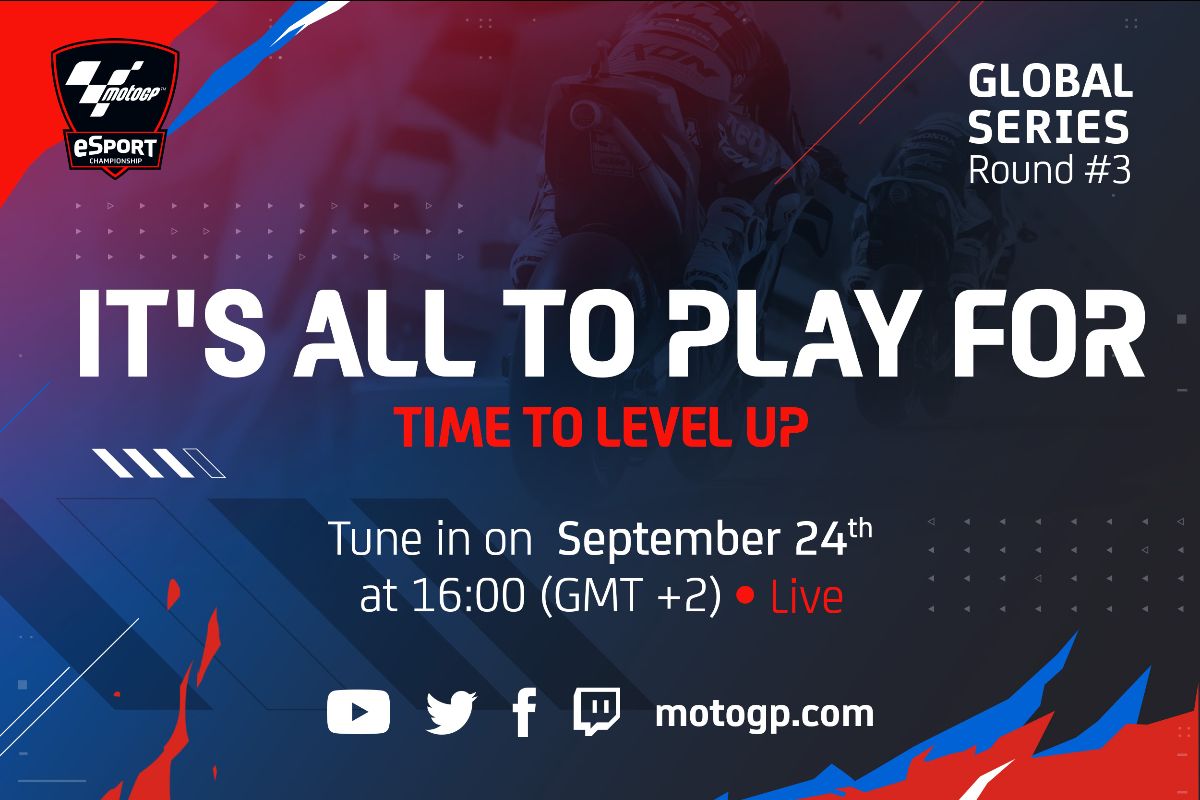 After a month-long break, the third round of the 2021 Global Series will see eleven finalists take on Phillip Island and Misano World Circuit.

After an action-packed, unpredictable second round, the MotoGP™ eSport Championship is back with Round 3 of the 2021 Global Series taking place on Friday 24th September at 16:00 (GMT +2), another chance to witness an enthralling title battle develop.

A total of four finalists are separated by just nine points after the last pair of races threw up a host of surprise results. Not only did established names Adriaan_26, Trast73 and AndrewZh suffer a touch of misfortune; new name PieroRicciuti55_ proved himself a genuine contender, and has a shot at deposing all three former champions.

The second round of 2021 was as thrilling as it was surprising. The wet conditions at the Sachsenring threw a few names off course in race one, with AndrewZh taking the honours from RiccardoBottaro64 and Jack Hammer4658. Piero Ricciuti55_ then stormed to a stunning triumph in race two at Austria’s awesome Red Bull Ring, where fellow contenders Trast73, Adriaan_26 and AndrewZh could only muster third, fifth and sixth respectively.

This week the eleven finalists will take on the awesome Phillip Island circuit in Australia for round one before attacking the tight, technical Misano World Circuit Marco Simoncelli on Italy’s Adriatic Coast for round two!

Due to the ongoing Covid-19 pandemic restrictions, Global Series Round 3 will be held virtually. Finalists will be competing from home, with the event broadcast on Friday the 24th of September at 16:00 (GMT+2). As ever, they’ll be racing with the new official MotoGP™21 Videogame from videogame developer, publisher and longstanding partner Milestone – which is available to buy now – with both race direction and the event powered by Lenovo PCs.

Presenters Jack Appleyard and Jack Gorst will host the hour-long show, which will begin with highlights of qualifying before the 11 riders take on two races.

Who will stake their claim for this year’s MotoGP™ eSport crown? Be sure to watch on Friday 24th September at 16:00 (GMT+2) to find out!